On July 8 at around 4:45 a.m. officers responded a call in reference to juveniles driving golf carts in the area of Groome Road and Jefferson Avenue. 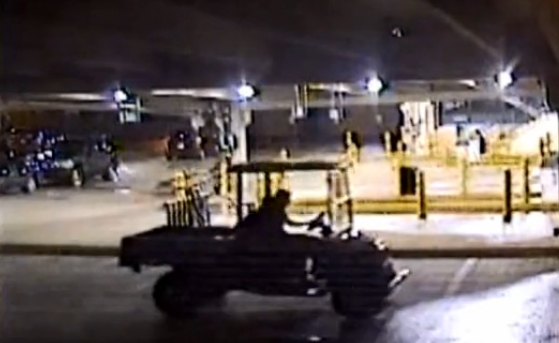 Officers found one abandoned cart that crashed into a white Chevy Malibu with Virginia plates in the 11400 block of Jefferson Avenue.

A park ranger found the second empty golf cart on the south side of Deer Park near the fence line.

The third cart was found next to the Deer Park baseball field.

Police discovered the carts belong to Riverside Hospital. Hospital security was notified and reported four golf carts missing from the property. Security footage from the hospital showed unknown people on the property around the same time calls came in reporting juveniles on golf carts.

The footage also showed the group of people on golf carts leaving the property.

If you have any information that could help police, call the Crime Line at 1-888-LOCK-U-UP.