Richmond, Va. - Just before 1:00, officials cleared fans from the Bon Secours Redskins Training Center after lightning was detected in the area. The fate of the 3:00 practice was "undetermined" for a time. However, the grounds reopened to fans just before 2:00, and the 3:00 practice took place as scheduled.

The team worked out for nearly two hours. The clouds, along with a brief rain shower, was enough to cool-off the players and keep the fans, the largest crowd of camp thus far, happy.

Saturday is the Redskins' third day of training camp, but their first day in pads. However, head coach Jay Gruden says the first-team offense and first-team defense won't do any live tackling until the first preseason game (August 11th at Atlanta).

Fans watch the Redskins practice at training camp in Richmond

The team will conduct a walkthrough at 10:35am Saturday before its practice in pads at 3:00pm. Between the two workouts, Redskins President Bruce Allen announced that former GM Bobby Beathard would be the 49th inductee into the Redskins Ring of Fame this season.

Also, be sure to stick with News 3, both on-air and online, as Hampton Roads' Home of the Redskins covers training camp start to finish LIVE from Richmond. 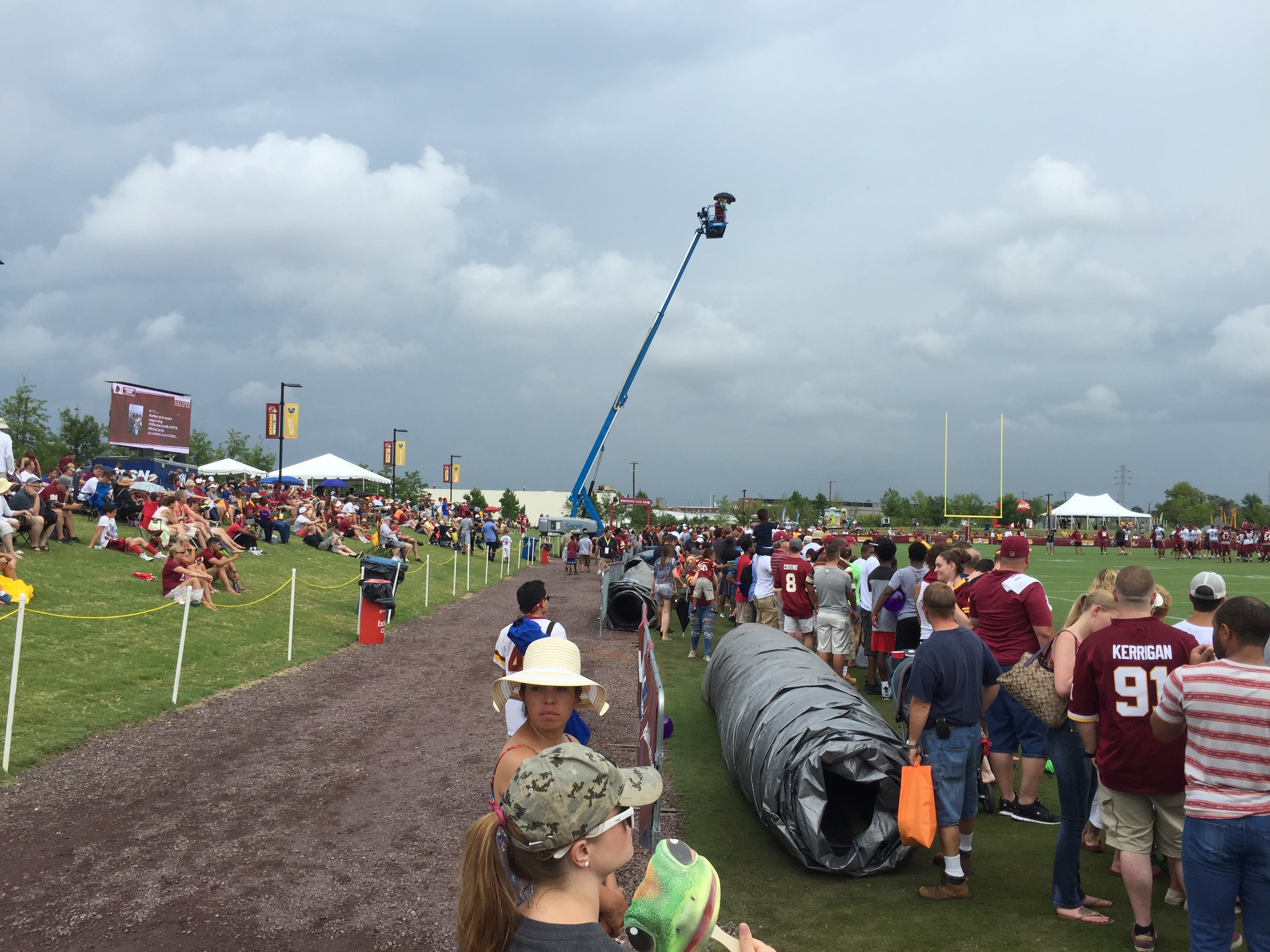