FAIRFAX, Va. – Mayor Richard “Scott” Silverthorne was arrested in a drug bust Thursday for the distribution of methamphetamine.

The Organized Crime and Narcotics Division of the Fairfax Police Department started an investigation after receiving a tip.

Undercover detectives and the suspect agreed to meet for a group sexual encounter in exchange for meth.

On August 4, detectives met the suspect at the Crowne Plaza Hotel at 1960 Chain Bridge Road. The initial suspect, Mayor Silverthorne, gave the undercover detectives meth and was arrested and charged with felony distribution of methamphetamine and misdemeanor possession of drug paraphernalia.

Silverthorne, 50, is also a substitute teacher for Fairfax County Schools. 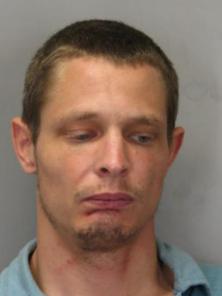 McLaughlin was charged with felony distribution of methamphetamine, felony obstruction of justice and misdemeanor possession of drug paraphernalia. A detective tased McLaughlin after he physically resisted while being arrested. There were no injuries.

Silverthorne, Fernandez and McLaughlin were taken to the Fairfax County Adult Detention Center for processing.

If you have any information about this investigation that can help detectives, call 703-691-2131 or contact Crime Solvers at by calling 1-866-411-TIPS(8477) or online at  www.fairfaxcrimesolvers.org.