“I Love Lucy” fans finally have a statue that can properly honor Lucille Ball.

A new statue of the late red-haired comedienne was unveiled Saturday in her hometown of Celoron, New York, replacing the one that many dubbed “Scary Lucy.”

Celoron Mayor Scott Schrecengost and sculptor Carolyn Palmer revealed the statue in Lucille Ball Memorial Park on what would have been the actress’ 105th birthday.

The life-size statue depicts Ball in polka-dotted dress, holding a purse, wearing pearls and 3-inch heels, and of course with her signature curly hair.

So far, it seems Celoron residents are happy, too.

“People gasped when she was unveiled and everyone looked so happy,” Palmer said. “I am relieved that the response has been positive. I went back to the park incognito and sat on a bench and people were there looking at her and touching her and it was great. All that work was not done in vain. I am very pleased tonight.”

The new statue replaces an older version that looked so unlike the TV star that it was nicknamed “Scary Lucy.” Sculpted by artist Dave Poulin, the older statue depicted Ball holding a bottle of the fictional nutrition elixir Vitameatavegamin from the 1952 “I Love Lucy” episode “Lucy Does a TV Commercial.”

Although the old “scary” statue became a tourist attraction, many residents wanted it removed from the park, saying the “ugly” likeness did not do justice to the beloved star.

The bronze figure elicited comparisons to a “Walking Dead” zombie, Conway Twitty, the snake from “Beetlejuice,” actor Steve Buscemi and other unflattering comparisons, and inspired a a Facebook campaign called “We Love Lucy! Get Rid of this Statue.”

“Lucille Ball was one of the most talented, beautiful, funny women who ever appeared on television; a pioneer, a giant of television. My only goal is to have a sculpture of her in Jamestown (Ball’s birthplace) which does her justice,” the group’s founder told CNN in 2012. 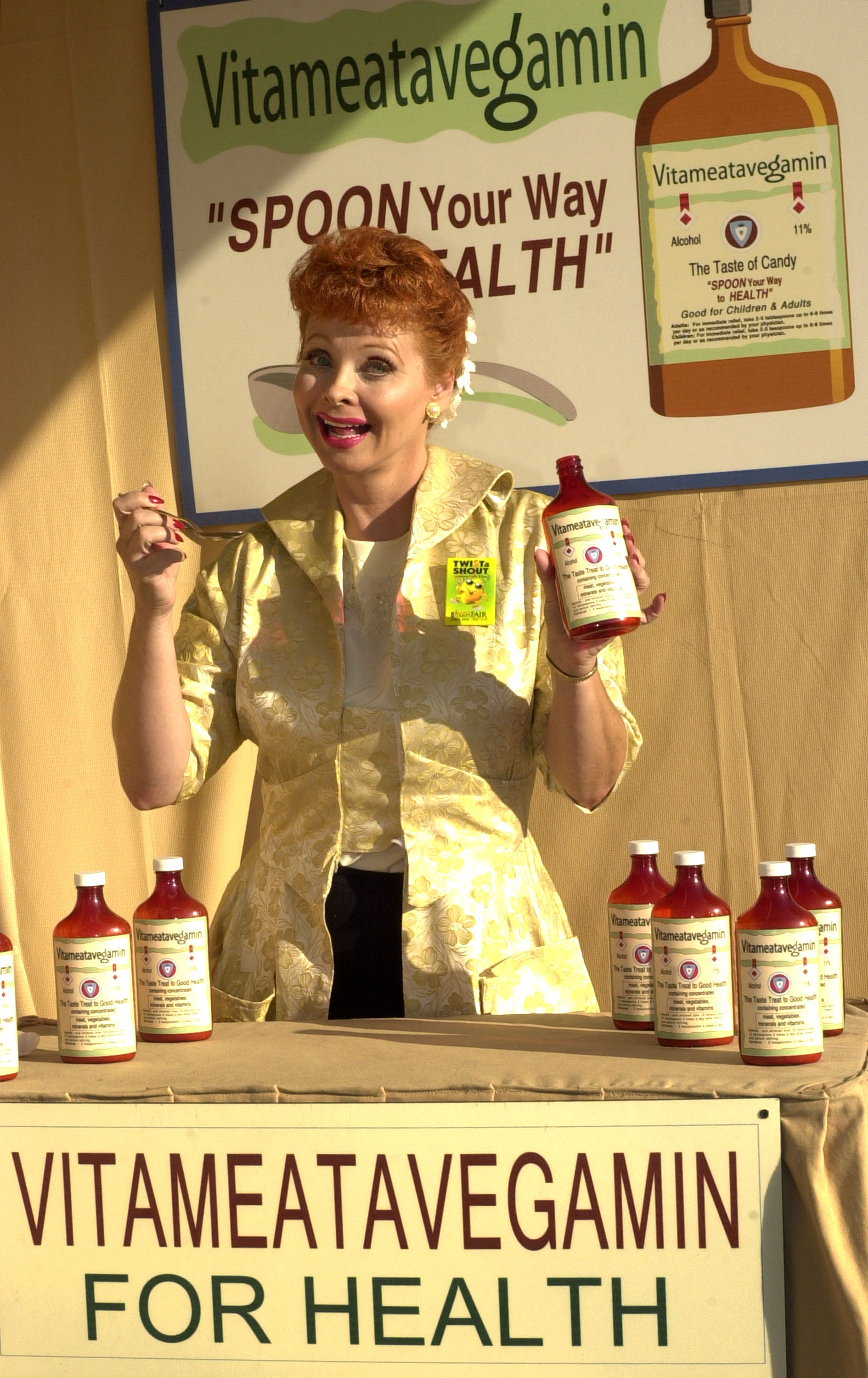 Poulin offered to fix the statue but Schrecengost rejected the offer, deciding instead to solicit applications from artists for a new version.

Poulin has “had plenty of opportunity to step forward, and (in) our last conversation he wanted $8,000 to $10,000,” Schrecengost said. “And then he stated that if we didn’t have the funds and we didn’t like the statue, we should take it down and put it in storage.”

In April 2015, Poulin publicly apologized for his “most unsettling sculpture” in a letter to The Hollywood Reporter.

“I take full responsibility for ‘Scary Lucy,’ though by no means was that my intent or did I wish to disparage in any way the memories of the iconic Lucy image,” Poulin wrote in the letter.

“From the day of its installation, I have shared my disappointment in the final outcome and have always believed it to be by far my most unsettling sculpture, not befitting of Lucy’s beauty or my ability as a sculptor.”

While “New Lucy” will likely attract many fans, “Scary Lucy” isn’t going anywhere. It will remain at the park with its newer counterpart.

“We left it here because it has been such an attraction. We’ve had thousands of people here over the past year from all over,” Schrecengost told CNN affiliate WIVB.

“We had a family here just last week from Hungary that was in New York and traveled an extra distance just to see that statue itself, not knowing that we had a new one coming.”

Schrecengost said the new statue is “most definitely a beautiful piece,” but old and new ought to be displayed together.

“Even though the other statue is called ‘Scary Lucy’ or ‘Ugly Lucy,’ whatever the people want to call it, it’s still artwork and not all artwork is beautiful.”