HAMPTON, Va. - One person was shot in Downtown Hampton on Wednesday.

The incident took place at Lee Street and Kecoughtan Road.

Officers were first called to the area around 2 p.m. on reports of a two vehicle crash. Upon arrival, officers located an adult male victim with a gunshot wound.

The man was transported from the scene with life-threatening injuries. 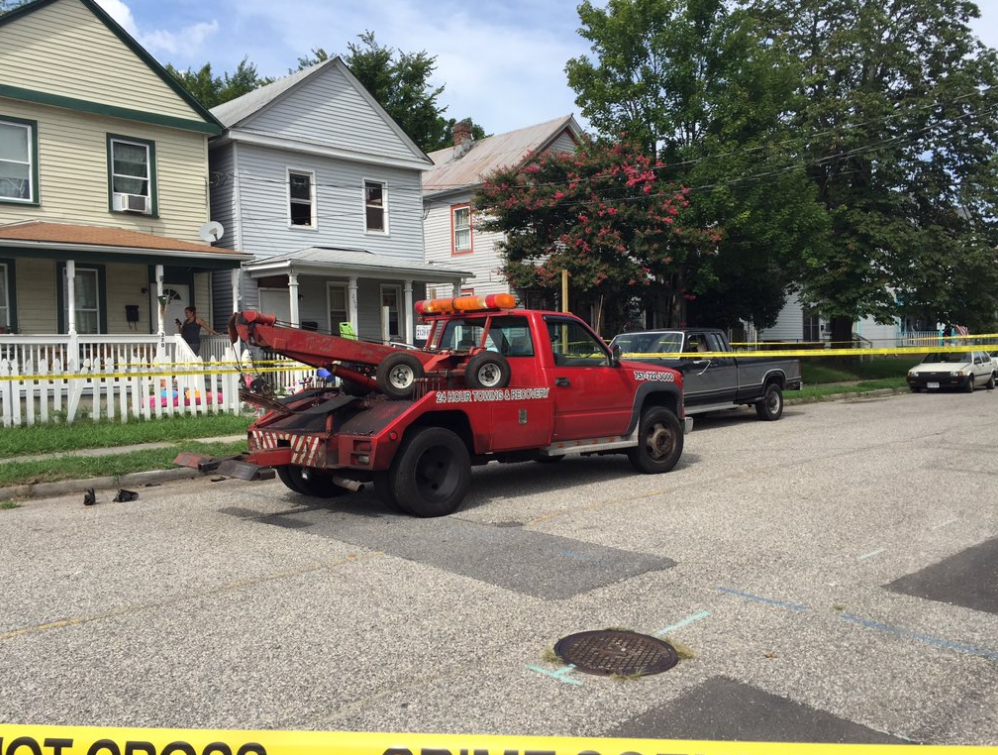 A neighbor tells News 3 he stopped at the crash just after it happened, before police arrived. He saw the victim's wound and the blood and says he knew what he had to do.

"I put my finger in it trying to get it to stop bleeding, and then packed it with a towel," says James Williams. "I didn't think twice about it, he was bleeding profusely, bleeding bad, and I knew what I had to do to stop it, I just hope it was enough, I pray to God that the kid lives."

A woman, who was a passenger in the second vehicle involved in the crash, was also taken to the hospital. She is being treated for non-life threatening injuries.

According to police, their investigation revealed that the two vehicle crash occurred when the victim was fleeing from the unknown location of the shooting.

An investigation is underway to determine the exact location of the incident.

Motive and suspect information is not available at this time.

If you have any information call the Crime Line at 1-888-LOCK-U-UP.

Stay with News 3 as more on this incident develops.