In Louisiana, all seven major roads into Greensburg, near Baton Rouge, were under water and the small town largely cut off, according to Michael Martin, director of operations for the St. Helena Parish Sheriff’s Office.

Only large National Guard vehicles have been able to get into and out of town, Martin said. At least two dozen high-water rescues were carried out by Friday afternoon, with stranded residents pulled from cars, rooftops and, in one case, a tree.

A 68-year-old man drowned near Zachary, about 15 miles north of Baton Rouge, according to the emergency management director in East Baton Rouge Parish, JoAnne Moreau.

“We were in the trailer just watching TV and then the water just started coming up,” Vernon Drummond, the victim’s roommate, told CNN affiliate WAFB.

“We were walking out and he slipped and fell. He went under the water. We tried to save him, but we couldn’t.”

The other victim was an elderly man who was being helped through floodwaters when he slipped into a ditch, according to Moreau. His body has been recovered.

In Tangipahoa, a low-lying village northeast of Baton Rouge, Police Chief Darrell Martin told CNN that a father and son were swept away by rushing waters. The son was located but his father has yet to be found.

“You just hope for the best,” Martin said.

More than 100 residents were evacuated to a shelter at a high school, according to Martin. Many homes have been destroyed.

“This is the worst that I’ve seen it — that I can remember,” Martin told CNN. 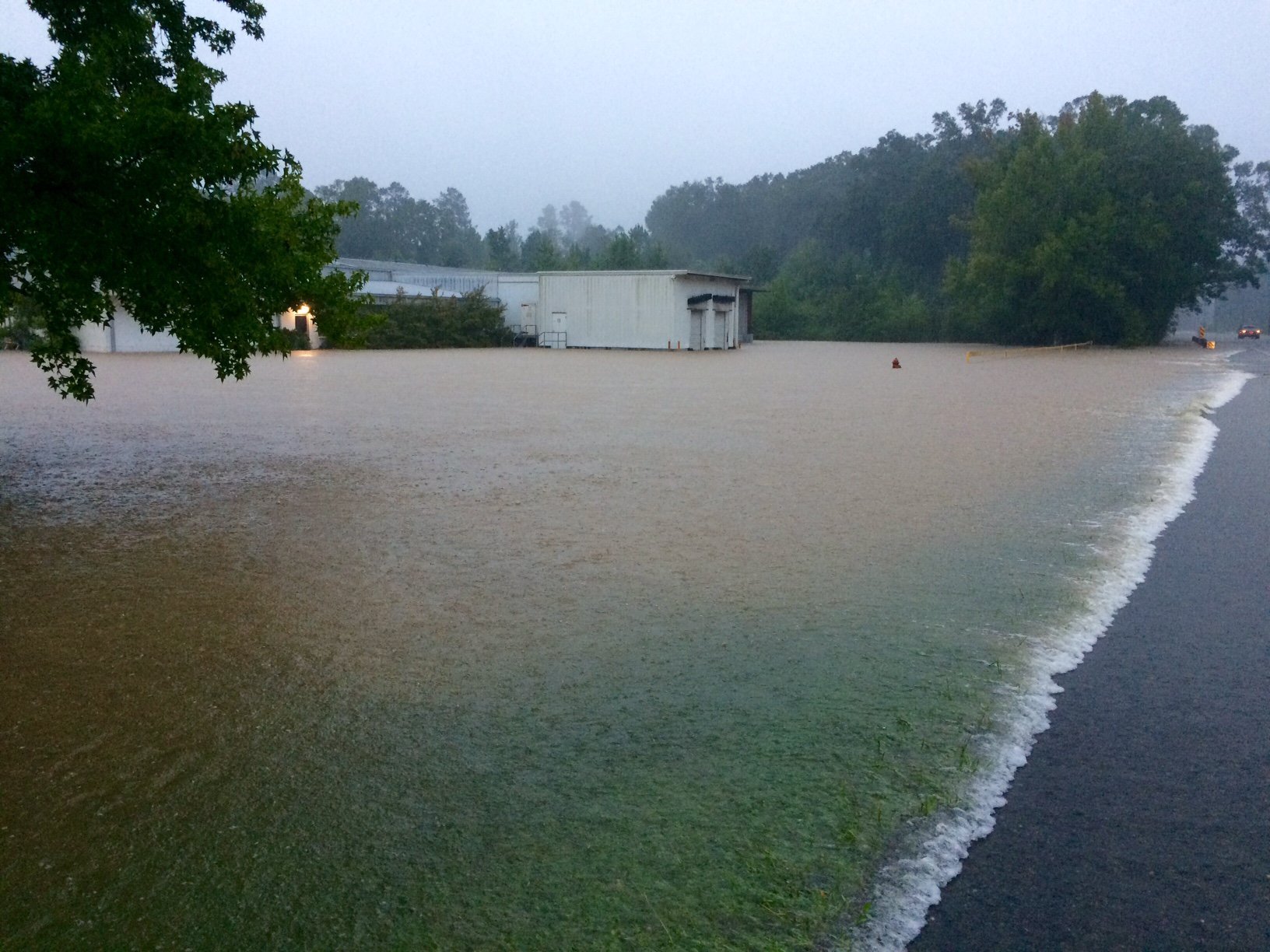 Resident Lance Martin was filling up his truck at a gas station when he got a call that this home was under water. When he got there the flood waters were so high, he couldn’t get out of his truck but managed to return to the gas station.

Twenty miles northeast of Tangipahoa, in Amite City, the main thoroughfare, State Route 16, was under several inches of water

In Zachary, a school bus packed with children slid off a road, leaving its front end covered with water, WAFB reported.

The children managed to get out through an emergency exit, according to witnesses.

Torrential rains in Louisiana and southern Mississippi have caused area rivers to rise toward historic crests.

The Tickfaw River in Montpelier crested at record levels in multiple locations, rising nearly 20 feet since midnight. Other rivers in the area — Tangipahoa, Amite, Comite and Tchefuncte — are either at major flood stage or expected to reach major flood stage soon.

Estimates of the Louisiana rainfall, which totaled more than 12 inches overnight, indicate somewhere between a 1-in-100-year to 1-in-500-year rainfall event near Zachary and Greensburg.

A National Weather Service volunteer measured 17.09 inches of rain in Livingston, Louisiana since midnight — making the deluge a 1-in-1000-year rainfall for that location.

Moreau said the area hasn’t seen flooding this severe in more than 30 years. Between 5 and 15 inches of rain have fallen in the parish.

“It’s going to be a difficult next couple of days,” she said.

In Greenburg, crews in boats and Humvees were busy with rescues, Martin said. Several people were treated for injuries sustained when a tree fell on a car.

Cellphone video taken by resident Ballard Webb showed a brownish stream pouring through a home, with several dogs either wading through water or standing on furniture.

At least 1,300 residents were left without power in East Baton Rouge Parish, with the number rising, CNN affiliate WBRZ reported.

Schools, government offices and many businesses were closed.

In Mississippi, a flash flood watch was in effect through Saturday morning, according to the state’s emergency management agency.

Several roads were shut down in various counties and at least five people were rescued in the small town of Osyka in Pike County, just over the border with Louisiana, CNN affiliate WJTV reported.

Just to the north of Osyka, near the city of McComb, more than eight inches of rain had fallen by Friday morning.

There have been flood warnings for several days for portions of Florida, Alabama, Mississippi and Louisiana as the weather system lingered over the Gulf of Mexico earlier in the week. Now, moving west and north, the system has reached land.

In March, heavy rains and storms lead to widespread floods that damaged thousands of homes in northern Louisiana.

President Barack Obama declared that a “major disaster” had hit the state, and the Louisiana’s emergency management office described the flooding as a “historic flood event.”