NORFOLK, Va. - It’s like going from a stick shift, to an automatic. That is how pilots are describing the Navy’s newest fighter jet: the F-35C.

“They are really fun to fly, and very easy to fly,” said Major Eric Northam.

The Navy’s newest aircraft includes features like a specialized helmet that gives pilots a 360-degree view of the battlefield.

Commander ted “dutch” dyckman, test pilot, vx-23 - 14;01;11;27 – “It is like moving from an old flip phone to a smart phone, in terms of airplanes,” Cdr. Ted “Dutch” Dyckman told News 3’s Merris Badcock from the U.S.S. George Washington where the final test phase for the F-35C is taking place.

On Monday, 12 pilots from Strike Fighter Squadron 101 – also known as the “Grim Reapers” – were the first to receive their carrier qualifications for the F-35C.

The pilots practiced catapulting off the aircraft carrier, touch-and-gos, and arrest landings – something the pilots say is one of the most dangerous parts of the job.

“We hae had plenty of incidents where folks have flown too low and hit the back of the ship,” said Lt. Cdr. Daniel Kitts.

However, the F-35C should eradicate those problems, thanks to a new program called Delta Flight Path.

“Coming back aboard is probably one of the most stressful things I ever do,” Mag. Eric Northam told News 3. “Particularly at night. Now, it is kind of a non-factor.”

Amelia Earhart'ing it at work yesterday. Find out why tonight on @WTKR3 at 6:00 pm! pic.twitter.com/3PrbfPkuB8

The jet also reduces the amount of time a pilot spends practicing and qualifying to fly it.

The jets are able to go from 0 to 150 miles-per-hour in just three seconds, but the top-of-the-line plane isn’t cheap, costing more than $100 million dollars each according to Navy officials.

Currently, the Navy only has 22 F-35C fighter jets, but they are under contract to order 260.

“If there are children out there, teenagers, that are interested in flying for navy, there is a good chance that this is going to be the aircraft that they are going to be operating when they are flying on and off aircraft carriers,” said Kitts. 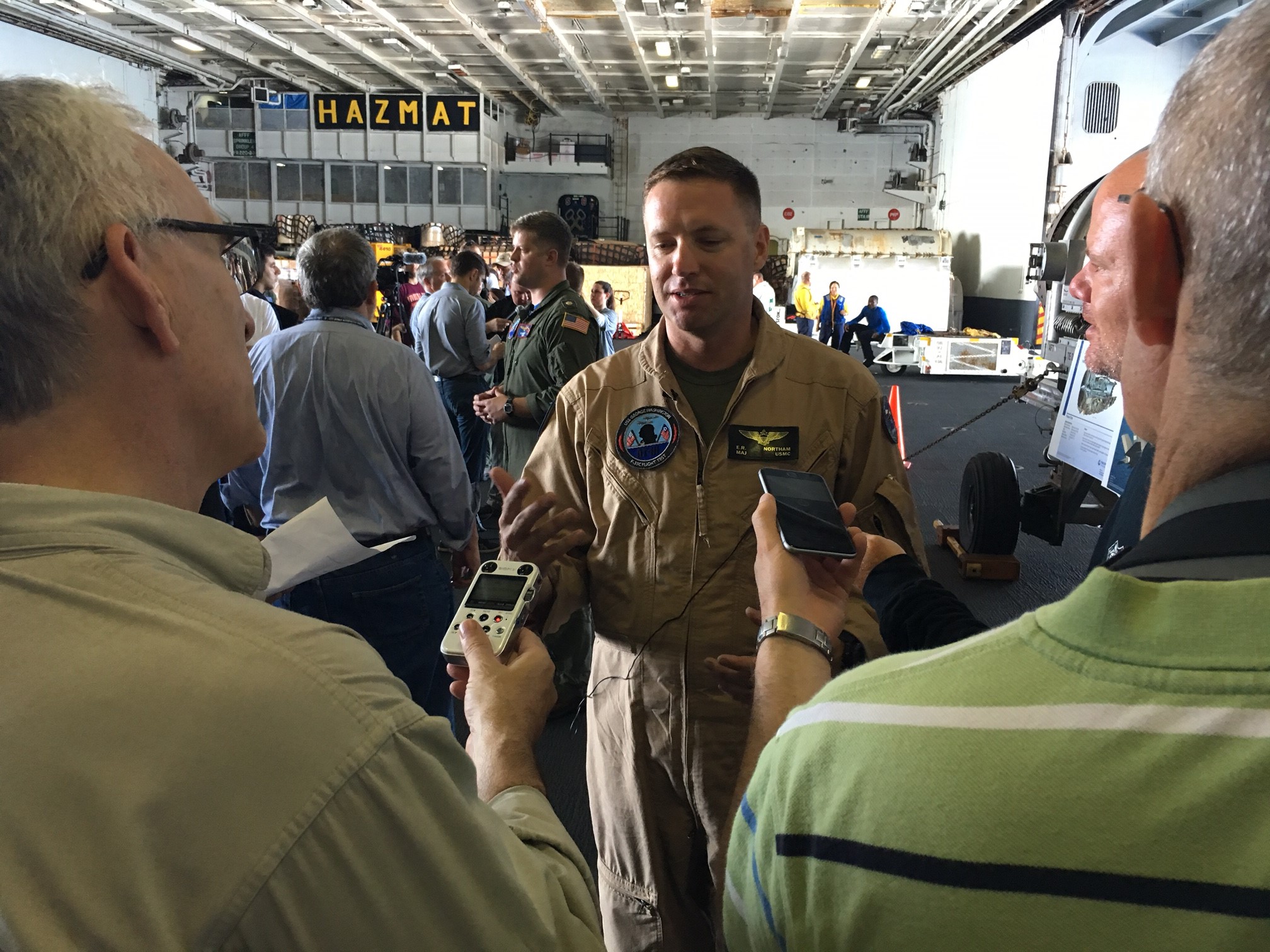