VIRGINIA BEACH, Va. - Eight K-9 officers received equipment which could save their lives Wednesday. Spike's K-9 Fund presented the dogs with ballistic vests, thanks to donations following the nationally publicized death of a local police dog.

Former Navy Seal and military dog handler James Hatch created the Krijger Ballistic Vest Campaign following the death of Norfolk K-9 Officer Krijger, who was killed in January during a police standoff. Hatch believes a ballistic vest would have saved Krjger's life. Hatch founded Spike's K-9 Fund after his first K-9, Spike, was killed while protecting him in Iraq.

"He saved my butt and the lives of two of my friends and he made a big impact on me," Hatch told News 3 earlier this year.

The campaign to equip local police dogs with vests received a major boost when CNN's Anderson Cooper donated his speaking fee from a Norfolk event to the campaign. Cooper also supported it through social media posts.

Wednesday's presentation at the Virginia Beach Police Department's Special Operations building brings Hatch closer to his goal of equipping the more than sixty local police dogs with vests, which cost about $2,200 each.

Hatch hopes to eventually equip every police dog in the country with the specially fitted vests. 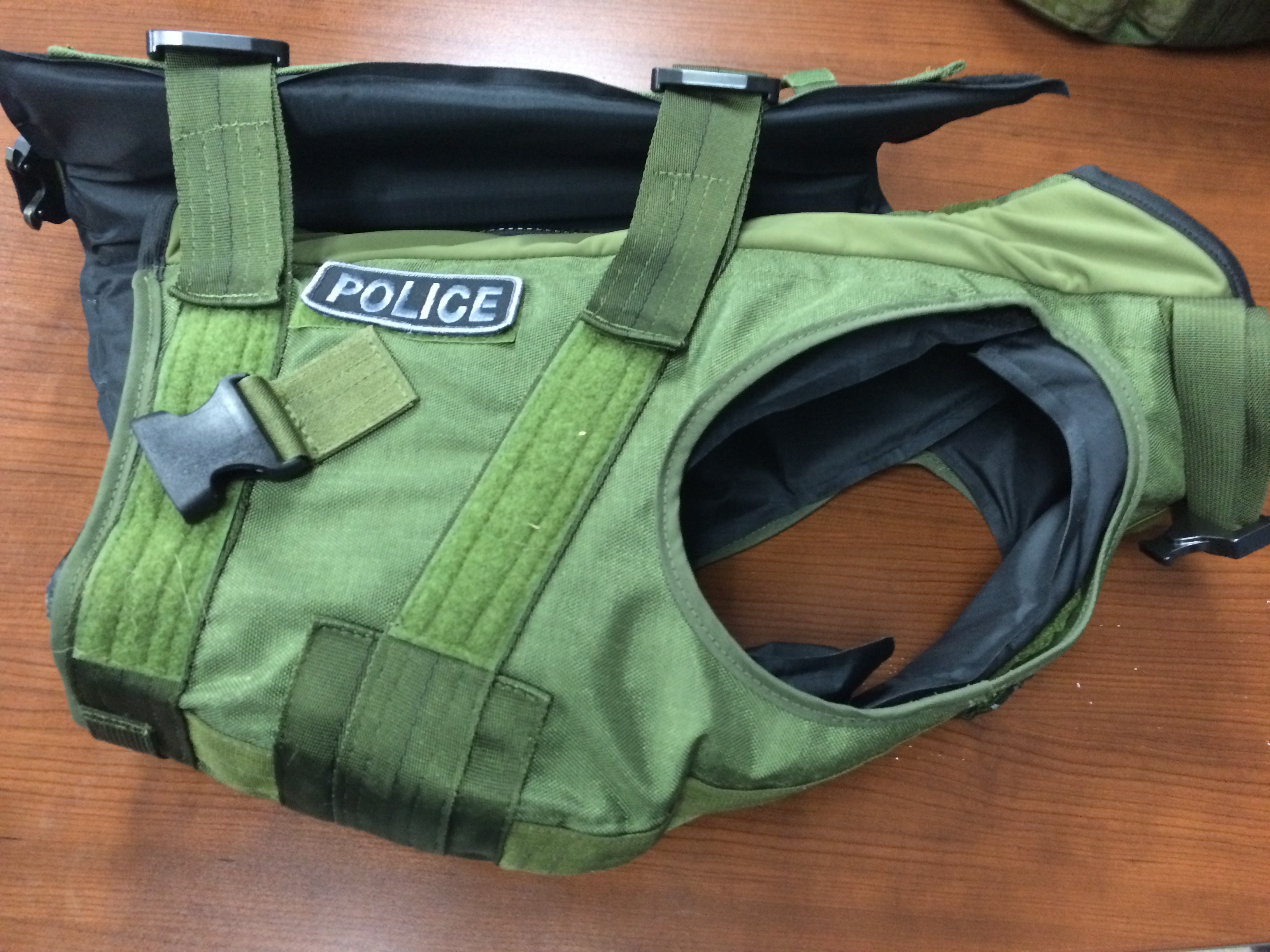