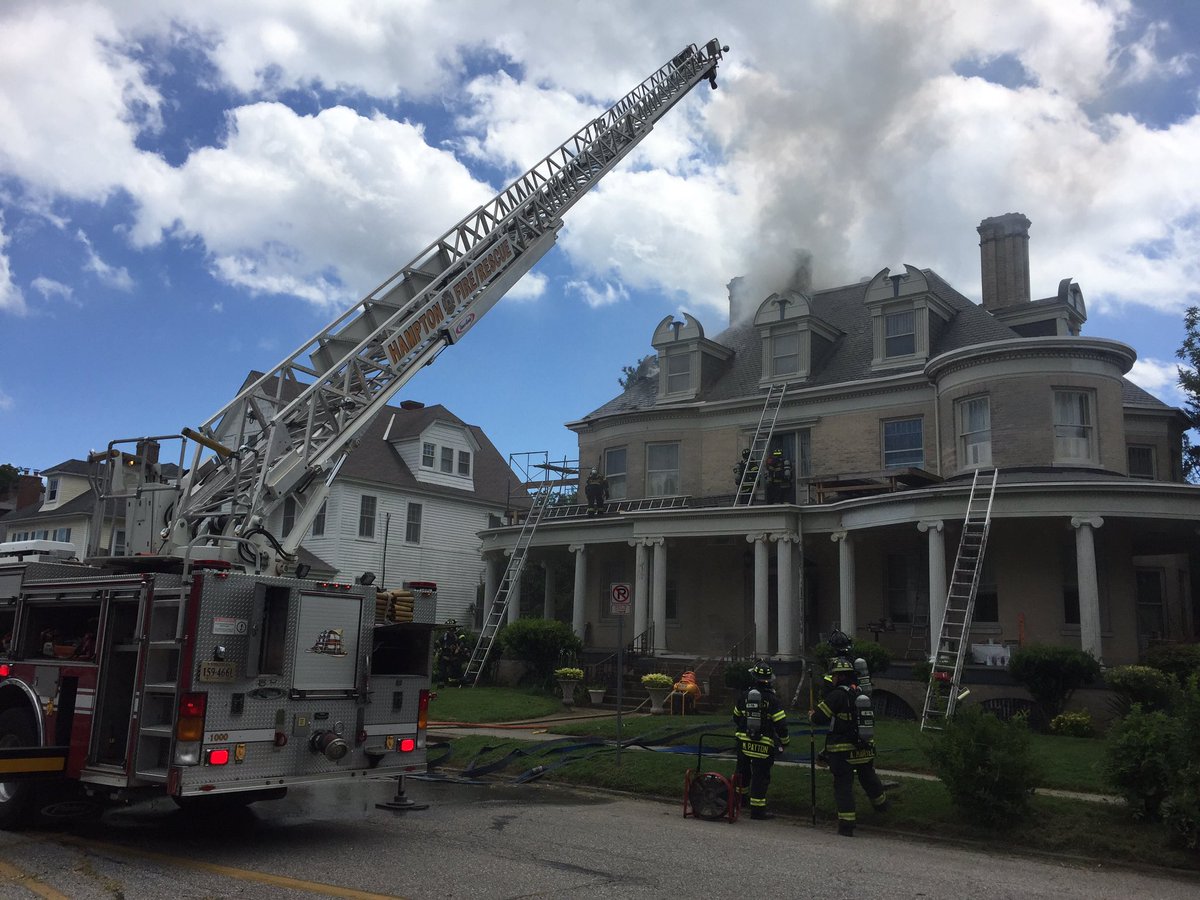 Firefighters were called to the home around 1 p.m.

According to a spokesperson with Hampton Fire, the fire was coming from the roof.

No one was in the home at the time of the fire and no serious injuries were reported.

The fire department tweeted that the fire was out at 2:25 p.m.

Fire officials believe the fire was accidentally started by construction crews working in the home.