State Department: US held up cash until Iran released Americans 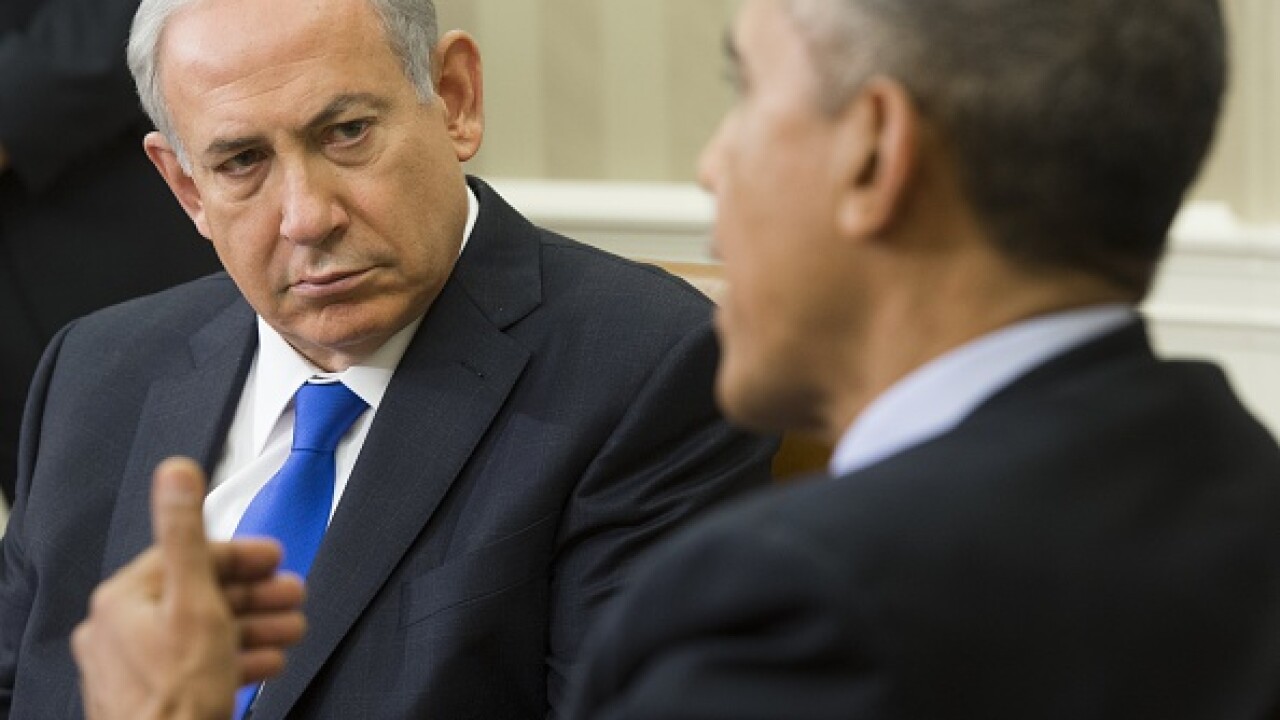 US President Barack Obama and Israeli Prime Minister Benjamin Netanyahu hold a meeting in the Oval Office of the White House in Washington, DC, November 9, 2015. Netanyahu meets Obama in a bid to set aside their frosty personal ties, turn the page on the Iran nuclear deal and talk defense in the first encounter by the two leaders since October 2014. AFP PHOTO / SAUL LOEB (Photo credit should read SAUL LOEB/AFP/Getty Images)

The US used a plane filled with $400 million in cash intended for Iran as “leverage” to ensure that American prisoners were released by Tehran, a State Department spokesman said Thursday.

The money was held up because of concern Iran would not come through on its agreement to release the prisoners earlier this year, spokesman John Kirby said.

Kirby insisted the money was not a quid pro quo for the hostage release, explaining that Tehran ultimately would have received the money, separate from the prisoner release.

“First of all, this was Iran’s money,” Kirby told CNN’s Kate Bolduan on “OutFront. “It was money that was awarded to them by the Hague tribunal and it was a process that had been working independently for many months prior to that.”

He continued, “But when the lines all came together, right there in January in a very short 24 hour or so period, it would have been foolish, we believe, for us not to hold on just a little bit longer to make sure that we had the right leverage to get those Americans out and that was the priority.”

The Wall Street Journal first reported on the holding up of the money until the prisoners were let go.

On the campaign trail, a Donald Trump spokesman used the latest development to tie Hillary Clinton to the White House and its failed “disastrous policies.”

“Already under fire for lying to the American people about her illegal email server, Clinton is continuing to align herself with an administration that has continually lied to Americans as well,” Trump spokesman Jason Miller said. “By helping put together a deal that ultimately sent $400 million to Iran that was likely used to fund terrorism, Clinton has proven herself unfit to be president of the United States.”

However, an administration official on Thursday argued that the timing was deliberate and shrewd.

“With concerns Iran may renege on the prisoner release given unnecessary delays regarding persons in Iran who could not be located, as well as mutual mistrust between Iran and the United States, we of course sought to retain maximum leverage until after American citizens were released — our top priority,” the official said.

A video emerged earlier this month that purportedly showed the payment on the same day that the prisoners were released in January. The Obama administration had denied that there was any connection.

“We announced these payments in January. Many months ago,” President Barack Obama told reporters at the Pentagon as the news broke. “They were not a secret.”

The timing has raised suspicions, especially among Republicans, that the US paid a “ransom” of sorts to the Iranians.

“This administration continues to endanger Americans at home and abroad by releasing known terrorists, conducting dangerous prisoner exchanges, and enabling the nefarious activities of a designated state sponsor of terrorism,” the Republican senator from North Carolina said in a statement. “Decisions like these are putting our nation and our allies at risk.”

But Sen. Dianne Feinstein defended the administration, saying that misconstruing White House statements had become an “art form” in the campaign season.

“The facts are clear,” Feinstein told CNN’s Jake Tapper on “The Lead.” “This was a negotiation over, I think, a 1979 sale. This is Iranian money that was frozen. The agreement was that the $400 million be returned to Iran.”

She added, “Now Iran was going to release hostages that we very much liked released. Would we send the money before they’re released or after they’re released? I ask for your judgment. I know what I would do. It would be after they are released. And that’s exactly what the administration did and I think it’s very much the right thing.”