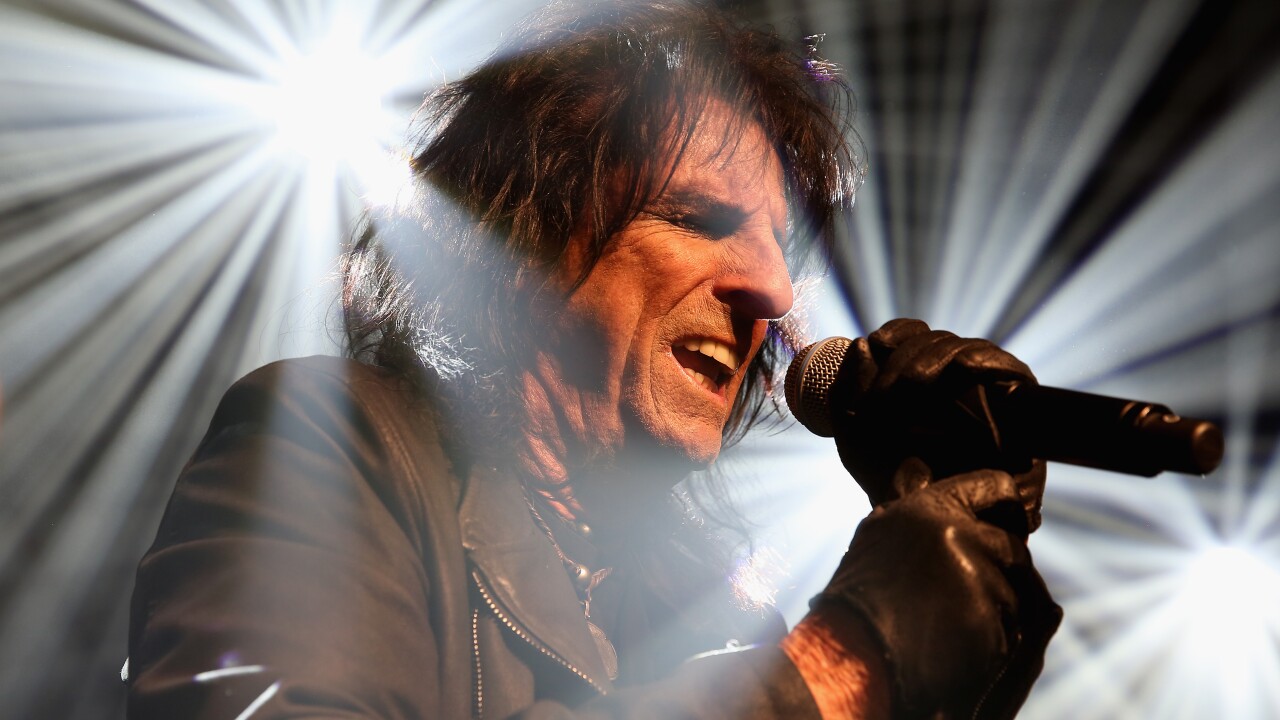 Alice Cooper has been running for president as a joke since 1972 and the Rock ‘n Roll Hall of Famer is now bringing a dose of satire to the 2016 election.

Cooper told CNN that this year his campaign slogan is “I can do nothing as well as they can do nothing,” his running mate is Tom Hanks (without Hanks’ knowledge) and his platform is nonexistent.

“I think the idea that I honestly have no platform is maybe the most honest thing I’ve heard in politics in a long time,” Cooper said. “I have absolutely no idea what to do and if everybody said that, that would give me a guy I can vote for.”

Cooper, who became known as “The Godfather of Shock Rock,” commanding stages strewn with blood and gore and acting out scenes straight out of horror flicks during his performances.

Back in 1960s America, Cooper’s high-powered performances, complete with his startling black and white stage makeup, guillotines and electric chairs elicited fear and horror, especially from the parents of rock fans.

“When I first started I was sort of the most scary thing on the planet because nobody knew what to think of this guy with a bull constrictor and a woman’s name, chopping his head off every night on stage,” Cooper said. “That was probably the worst thing that happened to every parent.”

But decades later, Cooper said he is now “beloved,” along with other artists like Ozzy Osbourne, who rose to fame around the same time and received similar backlash for his gory heavy metal performances as the lead singer of Black Sabbath.

“Anyone who’s survived this long in rock ‘n roll is beloved, so I’m a beloved presidential candidate,” Cooper said.

“Elected” is Cooper’s 2016 campaign song though it was first released in 1972 (he’s re-releasing it this year) when Richard Nixon was in the White House and the US was in the midst of the Vietnam War.

Cooper said that politicians consistently make empty promises that they can’t deliver on because the president of the United States is “basically, a face.”

“Everybody seems to think the President’s going to press a button and everything’s gonna change,” Cooper said. “Not gonna happen. He has to go through so many people before anything can change — that really it’s a face value guy. So, what face do you wanna see for the next four years on CNN? That’s basically what the president, I think, really is.”

“Look at Obama. He went into office as a rock star and he came out with gray hair. I don’t want that. I’m a rock singer,” Cooper said. “I want to go on stage with my black hair, even though it’s fake. It’s still black hair. It is all mine, by the way, it’s not fake.”

Cooper said that his hate for politics began at an early age and described a young Vincent Furnier (his real name) running up to his room and blasting The Who to drown out his parents’ political discussions.

“To me, rock ‘n roll is the total opposite of politics. I hate to put them in bed together,” Cooper said, but added that he likes to see rock artists taking on humanitarian causes.

“That’s what Bono does, that’s what Sting does and that’s what (Bruce) Springsteen and all the guys do,” Cooper said. “They do humanitarian things and it gets confused as being political.”