Texas inmate who didn’t kill anyone gets stay of execution 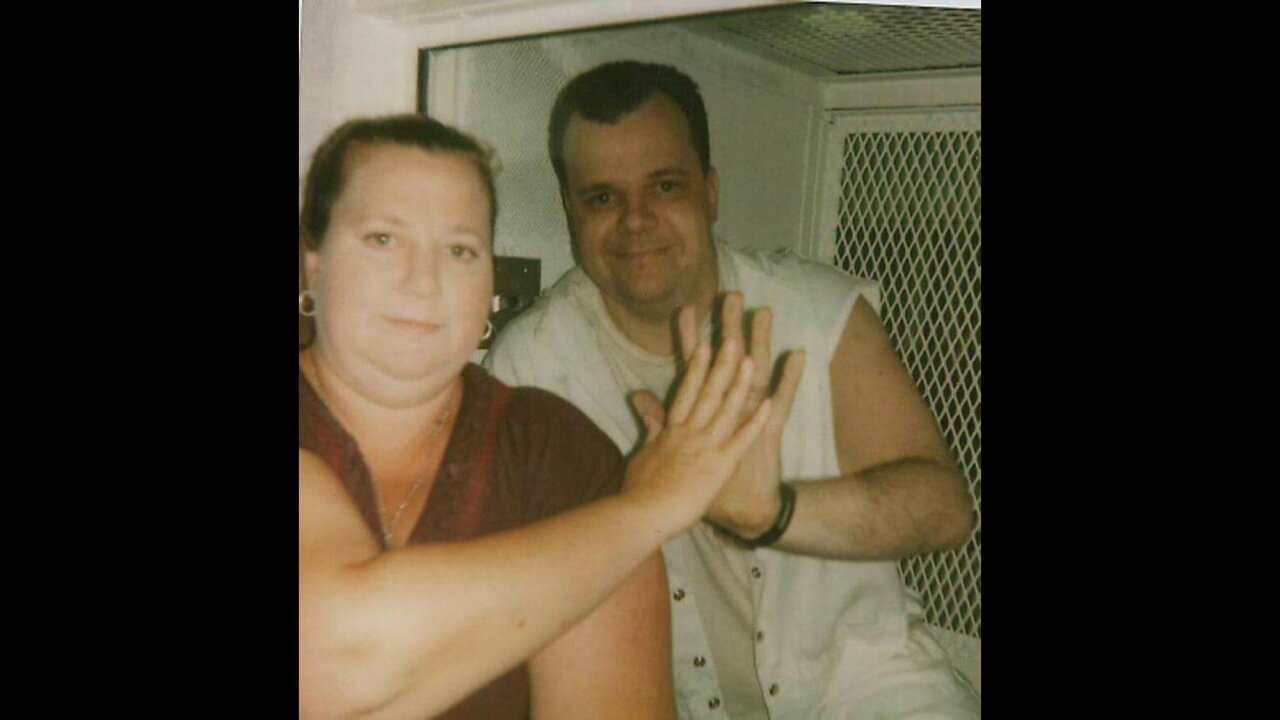 Jeffrey Wood (pictured on right) didn’t kill anyone. Everybody, including the prosecuting attorney, agrees. But unless a last-minute commutation is granted by Texas’ governor, Wood will be executed by lethal injection on Wednesday, August 24, 2016 night for his role in a deadly robbery 20 years ago.

Days before Jeffrey Wood was expected to be executed for his role in a deadly robbery 20 years ago, the Texas Court of Criminal Appeals on Friday granted him a stay of execution.

Everybody, including the prosecuting attorney, agrees Wood didn’t kill anyone.

In 1996, a 22-year-old Wood waited in a pickup truck while his friend Daniel Reneau went inside a gas station in Kerrville, Texas, to steal the store’s safe. Reneau ended up killing the clerk during the robbery.

Most states allow a distinction between accomplices and those who physically carry out the crime.

But in Texas, sitting in that truck and taking part in the robbery was enough to get Wood convicted of murder and onto death row.

On his 43rd birthday, Wood received news that the execution was halted.

The two-page order sent two arguments from the defense to the trial court for resolution.

One of the claims argued “false and misleading testimony” was presented by the prosecuting side’s psychiatrist and it was in violation of due process. The other claimed the judgment also violates due process because it was based on false scientific evidence through “false psychiatric testimony concerning (Wood’s) future dangerousness.”

Among the defense’s claims that were not addressed in the order: That’s Wood participation was too minimal to warrant the death penalty under the Eighth Amendment.

Reneau was a drifter who showed up in Kerrville during the summer of 1995. By November of that year, he met Wood through a friend, after couch-surfing and motel-hopping around town.

The pair eventually moved into a trailer together along with their girlfriends. Wood’s girlfriend, Nadia Mireles, noticed Reneau engaging in “erratic and threatening” behavior once the foursome started living under one roof, court documents say. Reneau had started arming himself and committing crimes.

In December 1995, Wood and Reneau stole firearms and stored them in the trailer.

Then came the plan to steal the safe from the Texaco gas station after Wood and Reneau befriended the clerks who worked there.

Kris Keeran, the clerk Reneau would eventually shoot, allowed the two to hang around the store, scratching lottery tickets. The three of them, along with the assistant manager, discussed “how to defraud the store of money,” according to court documents. Keeran later changed his mind about stealing from the store, the filing says, which frustrated Reneau.

Sitting in a borrowed pickup truck outside the gas station in the early morning of January 2, 1996, Wood waited for Reneau to steal the safe.

His defense attorneys have argued, numerous times, that Wood did not know Reneau was carrying a gun and would subsequently shoot Keeran.

The law of parties

The Texas statute commonly referred to as the “law of parties” abolishes “distinctions between accomplices and principals…and each party to an offense may be charged and convicted without alleging that he acted as a principal or accomplice.”

Crucially, it adds: “If, in the attempt to carry out a conspiracy to commit one felony, another felony is committed by one of the conspirators, all conspirators are guilty of the felony actually committed, though having no intent to commit it…”

The law is not unique to Texas. In some states, it is called “accomplice liability” or “Pinkerton liability” resulting from the 1946 US Supreme Court case Pinkerton vs. United States, according to the National Coalition Against the Death Penalty.

The statute closest to Texas’ law of parties is on the books in Georgia, NCADP says. In September 2015, Georgia executed Kelly Gissendaner, who was convicted of murder, for persuading her lover to kill her husband in 1997.

Mark Bennett, a criminal defense lawyer who has worked in Texas for over two decades, made the point that the situation is black and white in Texas because there are no accessories or accomplices to crimes in Texas. “Either you take some role in the crime or you don’t,” he explained, “and so, there is no way for Wood to be an accessory to murder.”

The last man to be convicted and executed under the “law of parties” statute in Texas was 34-year-old Robert Lee Thompson on November 19, 2009. His co-defendant, Sammy Butler, killed a store clerk whom the two were robbing. Butler is serving a life sentence. Thompson did shoot another store clerk in the robbery attempt and that man lived.

Charles Keeran, the father of the gas station clerk killed by Reneau, said he “originally wished for Reneau and Wood to be executed, [but he] changed his mind after Reneau’s execution,” according to The Dallas Morning News.

Keeran told the Dallas newspaper that living in prison is a better punishment, and that death was the “easy way out.”

CNN made repeated attempts to contact the Keeran family but was not able to reach them for a comment.

Terri Been, Wood’s sister, said she grew up a conservative Republican but has spent the past 20 years fighting to change the death penalty laws, which she believed in for much of her adolescence.

Both Been and Wood’s lawyer, Tyler, say Wood has a learning disability and an IQ of 80. This was the reason for a stay of execution in 2008, to give the defense time to argue Wood’s inability to comprehend actions and words at an adult level.

“Even if Jeff learns something and can say it back right away, the next day he’ll forget everything,” Been said.

The defense claims will go back to the trial court for fact finding, Kate Black, who is assisting Wood’s legal team, told CNN. It will take a bit of time and there is no time line or date set yet, she said.

“Once the trial court receives the order from today [Friday] made by the appeals court, they will set dates. For now, the stay of execution is in place until the case is resolved,” Black said.