About 1,500 Americans in river revelry wash up in Canada

You can call this drama “Gone With the Wind,” “Whatever Floats Your Boat,” or “Oh, Canada!”

An annual event in Michigan turned into a cross-border headache when blustery winds pushed 1,500 Americans on flotation devices from the US side of the St. Clair River into Canada.

Folks were enjoying the annual Port Huron Float Down on the American side of the St. Clair River on Sunday, with people in dinghies, rafts and inner tubes when ill wind made them drift.

“They were pushed over pretty quickly, and because they had no control over these dinghies and the wind was basically directing them and the current, they ended up over here,” Sarnia Police Const. John Sottosanti told CTV Network.

Hit with a burst of rain and winds, the Americans washed ashore in Sarnia, Ontario.

Sarnia Police, the Canadian Coast Guard on the Great Lakes and the Canadian Red Cross quickly came to the rescue, plucking people out of the water when their flotation devices deflated.

The Facebook group for the Port Huron Float Down event thanked the Canadians for their swift action calling them “amazing neighbors.” The group has no official organizer.

The Canadian Coast Guard was less amused with the inadvertent invasion. It wagged its finger at the event.

“The Port Huron Float Down event has no official organizer and poses significant and unusual hazards given the fast-moving current, large number of participants, lack of life jackets, and as was the case this year, very challenging weather conditions,” said Carol Launderville, spokesperson for the Canadian Coast Guard on the Great Lakes in a statement.

The Americans were taken back to the US side on Sarnia buses.

“Everybody got home safe and sound,” Sottosanti said. 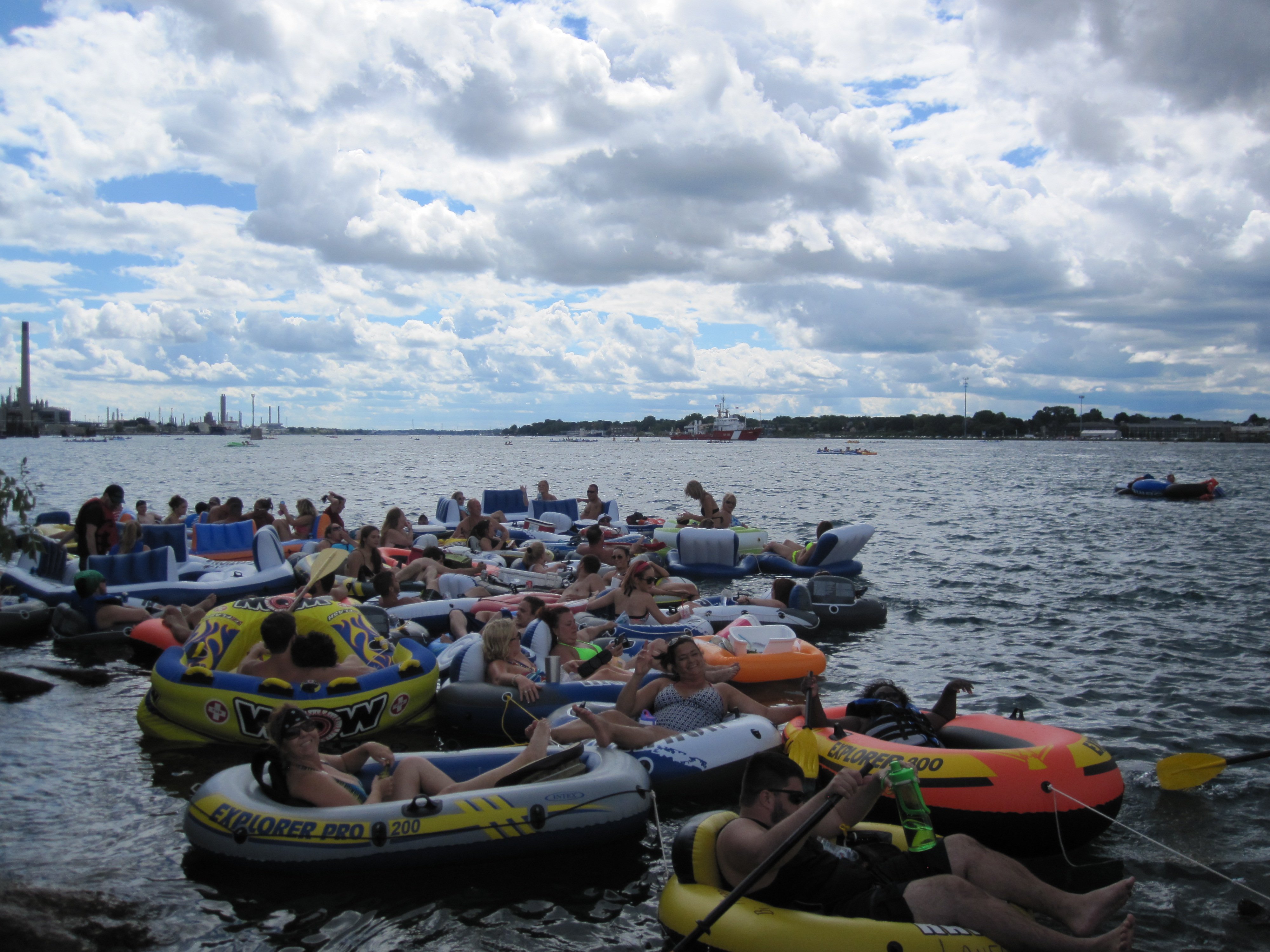