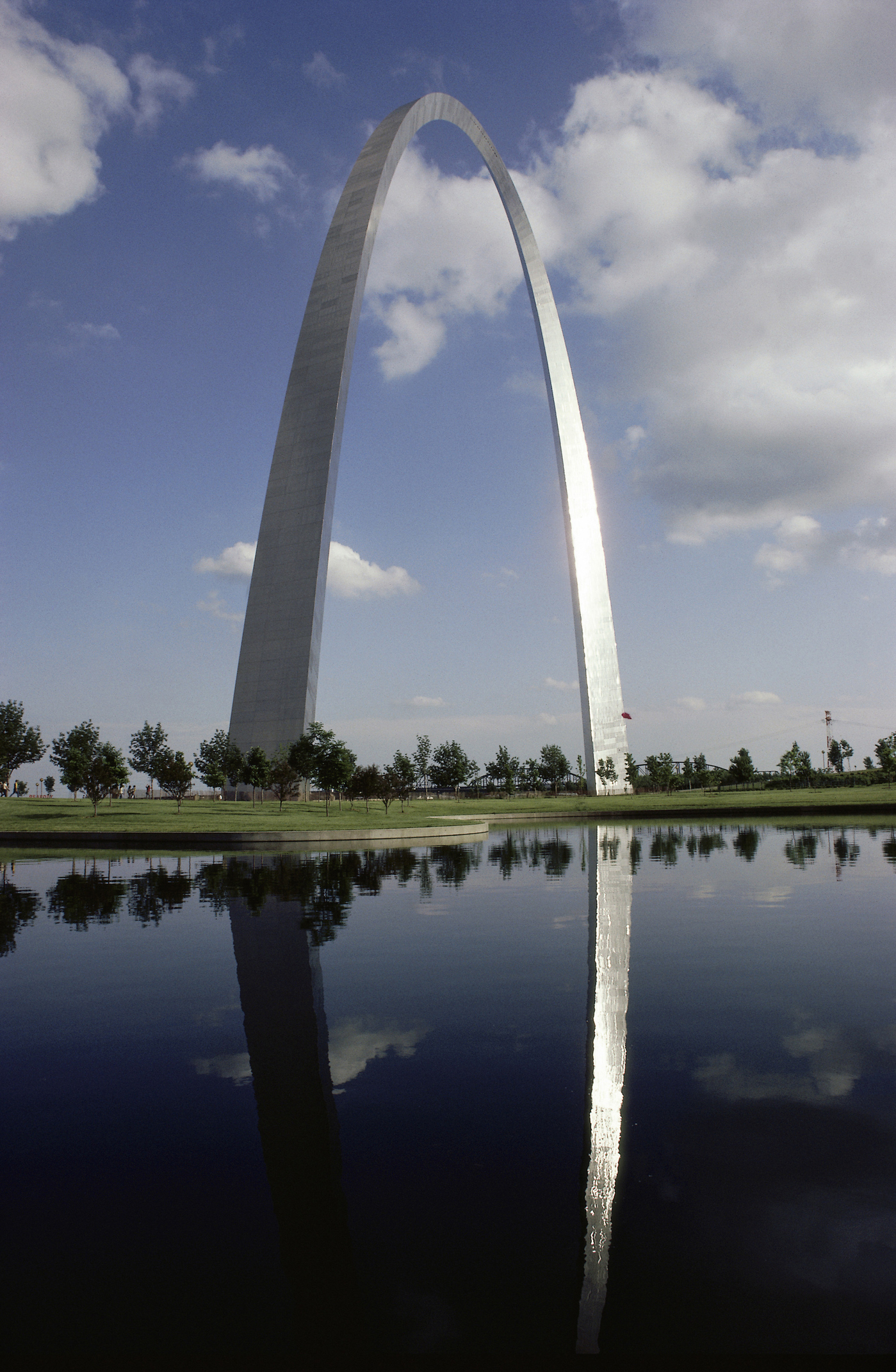 Yellowstone, Yosemite and the entire country of Switzerland would fit inside the United States’ largest national park, a 13.2 million-acre expanse in Alaska.

And it would take about 2,400 of the smallest of the 59 headliner national parks to fill the biggest park’s pristine, mountainous terrain.

Elsewhere in Alaska, climbing North America’s tallest peak takes trained mountaineers two to four weeks, round trip, while visitors to the world’s hottest spot — which is also North America’s lowest and driest spot — are advised to “travel prepared to survive.”

The world’s longest contiguous cave system isn’t yet completely explored, and it may never be.

All these wonders are protected within 412 national park sites spanning more than 84 million acres, all overseen by the US National Park Service in every state, the District of Columbia, American Samoa, Guam, Puerto Rico and the Virgin Islands.

In honor of the National Park Service’s centennial on August 25, CNN explores 10 record-setting spots, now protected because of legislation passed 100 years ago to preserve the nation’s natural and cultural treasures for current and future generations.

But the 2.2 million-acre Yellowstone doesn’t even come close to the nation’s largest national park, the remote Wrangell-St. Elias National Park & Preserve in Alaska.

More than 25% of Wrangell-St. Elias is covered by glaciers, which could explain why this park 200 miles east of Anchorage hosted just 80,000 visitors in 2015.

The best window to visit is closing soon. Snow often arrives in the park by late September, and the two state roads into the park are not regularly maintained during winter.

Hot Springs is the smallest of the 59 national parks in the country.

The Arkansas park is so small — just 5,550 acres — that it could fit into Wrangell-St. Elias National Park nearly 2,400 times.

It would also likely melt its Alaskan cousin: That’s due to the park’s 47 hot springs coming out of Hot Springs Mountain at 143° Fahrenheit (62° Celsius).

It was first protected as a reservation in 1832 because of the popularity of its geothermal spring water for therapeutic bathing.

Many businesses set up around Hot Springs to provide access to the waters, and the urban park protects the historic bathhouse structures as well as the waters.

Visitors can soak in the traditional Buckstaff Baths (a park concessionaire) and the more modern Quapaw Baths & Spa. Both are on Bathhouse Row, as is the park visitor center in the old Fordyce Bathhouse.

Longest cave system in the world

Located in the hill country of south central Kentucky, Mammoth Cave National Park has more than 400 miles of explored and mapped caves, and more are being documented every year.

Much of the early credit goes to enslaved and eventually free African-Americans, who explored and led tours through the caves throughout the 19th and 20th centuries.

Frozen Niagara is one of a few guided tours to welcome small children, the elderly and people who can only walk short distances, while others are more challenging.

Deepest lake in the United States

Stack up about three Gateway Arches and you’ve got the depth of the United States’ deepest lake.

For hundreds of thousands of years, volcanic eruptions here built up Mount Mazama. Nearly 8,000 years ago, an eruption removed so much material from the mountain’s internal chamber that the mountain collapsed.

The remaining caldera, now 1,943 feet deep, is the deepest lake in the United States and the ninth deepest in the world.

Climbing Denali is not for the faint of heart.

At 20,310 feet high, the highest peak in North America dwarfs Mount Rainier, the tallest peak on the continental United States, by 5,900 feet.

It’s not as strenuous as the hike to the world’s highest peak, the 29,029-foot-high Mount Everest in Asia, but climbing Denali is no easy feat.

Hiking for days in arctic conditions, carrying backpacks weighing up to 70 pounds while pulling heavily loaded sleds to summit this Alaskan peak for expeditions lasting up to four weeks are all par for the course.

Once known as Mount McKinley, the official name of the highest peak in North America was restored in 2015 to Denali, the Native Athabascan name it held for thousands of years.

The summit often disappears behind clouds but is occasionally visible while driving along the 92-mile Denali Park Road, the only road in the park.

The lowest spot in North America

The lowest point in North America — 282 feet below sea level — is also the hottest spot in the world.

Death Valley National Park logged a record 134°F (57°C) in 1913, and the park hasn’t cooled down much since them. High temperatures are expected to range from 100°F to over 120°F  (49°C) in August, which is a normal summer for this long narrow valley walled in by mountain ranges.

And there’s no water to spare. The park is also the driest spot in North Ameica, with an average annual rainfall of less than 2 inches That’s much less than what other deserts receive.

Sometimes the park warns against summer hiking after 10 a.m. due to the heat.

Even before the cutoff time, “travel prepared to survive,” warns the park. Lots of water and sunscreen are in order for visitors heading to Badwater Basin in the Furnace Creek area, where the park drops to 282 feet below sea level.

Too extreme? Spring and winter are supposed to be nice.

Among the renowned groves of massive giant sequoias, one tree stands out.

The largest tree in the world by volume (over 52,500 cubic feet), the General Sherman Tree is the main attraction in Sequoia National Park.

Its circumference at the ground is a whopping 102.6 feet and the largest branch has a diameter of nearly 7 feet.

The General Grant Tree, located about 30 miles away in Kings Canyon National Park, is the world’s second largest tree by volume, measuring over 46,600 cubic feet. (The two national parks are managed together.)

They’re the largest, but not the tallest. That honor goes to the redwood trees.

Topping out at 12,183 feet, the byway snakes through fragile alpine tundra, giving visitors a chance to witness the unique ecosystem without the huffing and puffing of high-elevation hiking.

Eleven miles of the 48-mile route traverse wide-open expanses above the treeline, where at 11,500 feet evergreen forests give way to 200 species of ground-hugging alpine plants.

Yellow-bellied marmot, bighorn sheep, pika and summering elk go about their business as breathless tourists open their car doors at the Alpine Visitor Center, the highest visitor center in the park system, to blasts of cool air.

Tallest monument in the United States

It’s known more famously as the St. Louis Arch, but the 630-foot monument that anchors the Jefferson National Expansion Memorial is officially called the Gateway Arch.

And yes, it’s taller than the 555-foot-tall Washington Monument in the nation’s capital.

The Gateway Arch marks the role of St. Louis in the country’s westward expansion in the 19th century.

Although named for President Thomas Jefferson and his role in expanding the young country, the park is also a memorial to the enslaved man Dred Scott, who unsuccessfully sued for his freedom in the Old Courthouse.

World renowned architect Eero Saarinen, who had collaborated with his architect father on several projects, entered the 1947 memorial competition independently and won. It was his first major success, but certainly not his last.

A tram ride to the top of the arch’s observation deck delivers a spectacular view of the city.

While the Grand Canyon, Yosemite and Yellowstone national parks may be the nation’s most famous parks, the most popular of the country’s 59 headliner national parks is in the Southeast.

The half-million acre park, split fairly evenly between the states of North Carolina and Tennessee, is home to flora and fauna found in both the northern and southern states.

Northern animals and vegetation can be found at the park’s higher elevations, while their Southern brethren are represented at the lower elevations.

Many hikers on the Appalachian Trail walk the border between the two states on the trail through the park.

Some prefer to catch the view from Clingmans Dome at 6,643 feet or hike up one of the 16 mountains with peaks taller than 6,000 feet.

At more than half a million acres, there’s plenty of room to spread out.

And if you’re looking for something a little less discovered, there are still 411 other National Park Service sites to explore.