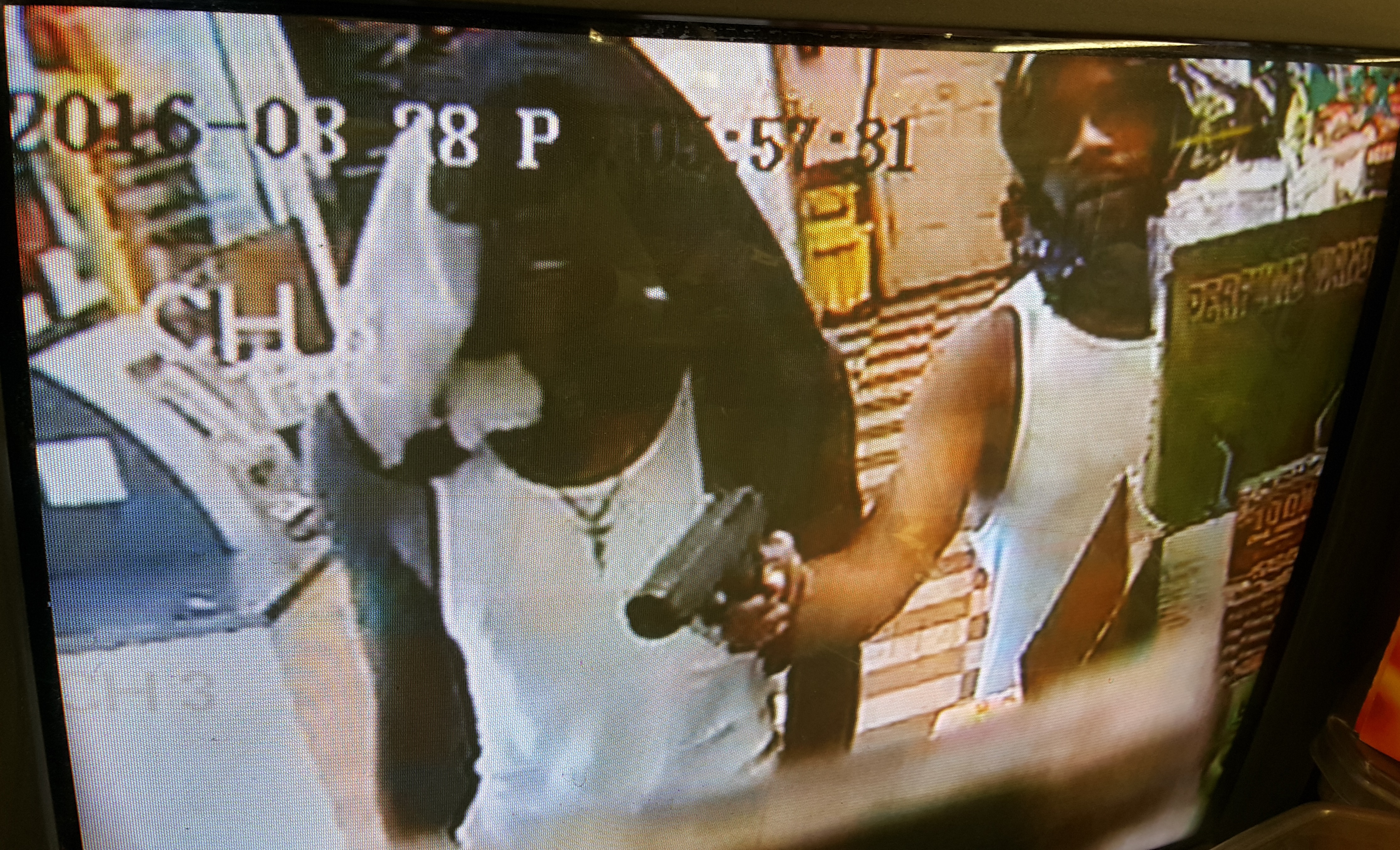 NORFOLK, Va. – Norfolk Police are looking for two men who robbed the Quik-N-Sav at 3234 Cromwell Drive on Sunday evening.

Officers were called to the store at 6:30 p.m. that evening. When they arrived, employees told them that two men entered the store with a gun and demanded money.

The suspects are described as black men in their early 20s. They were wearing white tank tops and shirts over their heads.

Anyone with any information that may help identify the men is asked to call the Norfolk Crime Line at 1-888-LOCK-U-UP.