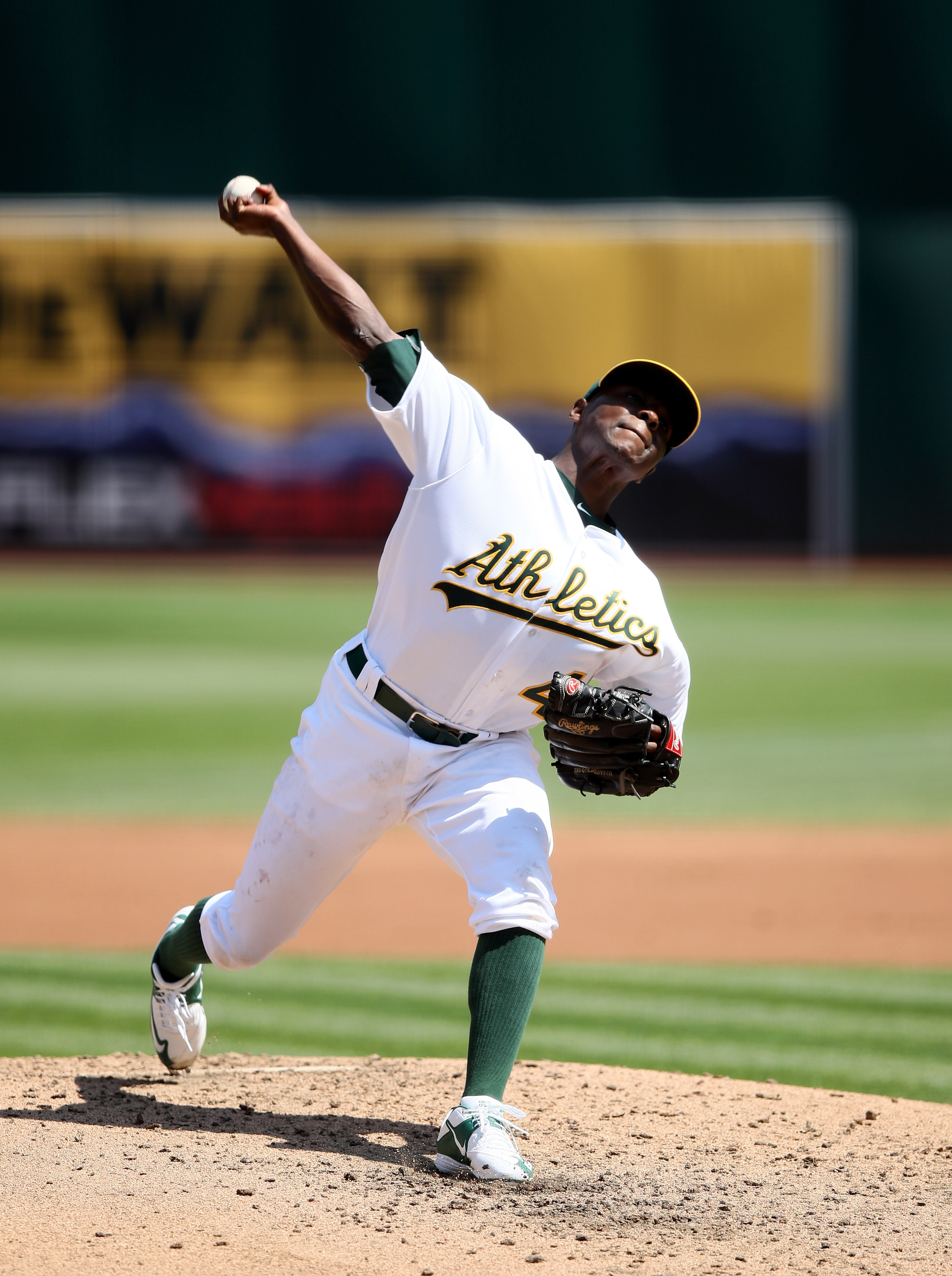 OAKLAND, Ca. – It’s hard enough to make it to the major leagues. It’s even more difficult to win once you’re there. Wednesday, Menchville High School product Jharel Cotton accomplished both those things.

After allowing two hits and one run in 6.1 innings Wednesday vs. the Angels, Cotton earned a victory in his MLB debut. Oakland beat Los Angeles, 4-1.

“I’m so happy, just incredibly proud,” Menchville high head baseball coach Phil Forbes said in a phone interview with News 3. Forbes, who has been at Menchville 31 years, coached Cotton in high school. “He told me in 10th grade that he was going to pitch in the major leagues,” Forbes recalled. “He’s a very determined young man.”

Forbes spoke with Cotton via telephone last night, the eve of his MLB debut, and says he was composed and didn’t seem nervous. “He worked and worked and worked to get where he is,” Forbes said. “We’re not just watching a great pitcher succeed, but a great person.” Forbes says Jharel still sends Mothers’ Day messages to teachers and staffers at Menchville High.

Cotton moved to Newport News from the U.S. Virgin Islands. Following his career at Menchville, Cotton played two years at Miami Dade College before transferring to East Carolina. The Dodgers selected him in the 20th round of the 2012 MLB First-Year Player Draft. He was acquired by the Angels in July as one piece of the Josh Reddick/Rich Hill trade.

Cotton is the second U.S. Virgin Island-born pitcher to reach the big leagues. “One afternoon, I was watching TV and my stepdad said, ‘Hey, get up and go outside,” Cotton said in an interview with MLB.com of his introduction to baseball.