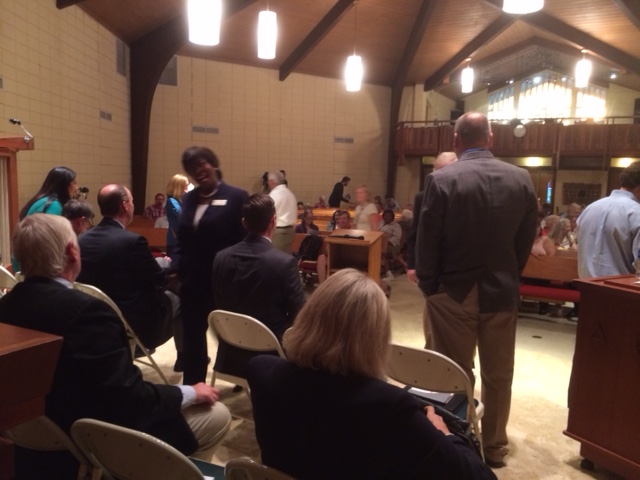 With less than two months to go before voters head to the polls, candidates for Mayor and City Council in Virginia Beach will appear at a candidates forum tonight hosted by the Thalia Civic League. Virginia Beach voters face a crowded ballot this time around. Four candidates are running for Mayor, including Incumbent Will Sessoms. He is being challenged by George Furman III, Rick Kowalewich and Don Meeks.

Three challengers are also trying to unseat Incumbent Rosemary Wilson for the At Large seat. They are Dane Blythe, Courtney LaLonde and Pam Witham.

In Kempsville,  Jessica Abbot and Amelia Ross-Hammond square off and in Rose Hall Robert Dean is taking on Shannon Kane. Councilman Bobby Dyer is unopposed in the Centerville district.

The candidates will answer questions from civic league members and lay out their positions on issues they consider important to Virginia Beach voters. The future of light rail is expected to be a hot topic.

Mayor Will Sessoms will be represented by Councilman Ben Davenport due to a scheduling conflict. This is the 8th Annual forum presented by the Thalia Civic league. It begins at 7 p.m. on Thursday at Thalia Trinity Presbyterian Church on Thalia Road, and will be moderated by News Three’s Les Smith.