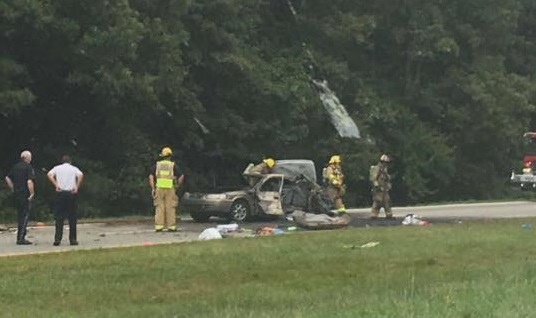 SUFFOLK, Va. – A young boy was killed in a two-car crash in Suffolk Sunday afternoon.

Suffolk Police and Fire & Rescue crews responded to the scene at Route 58 Westbound at the Wilroy Road exit.

Dispatch received a call about the crash at 2:11 p.m. on Sunday.

A three-year-old boy was pronounced dead at the scene, according to Suffolk Police.

According to police, a Toyota was traveling eastbound when it lost control, traveled over the grass median and collided with a Mazda minivan that was traveling westbound.

The occupants of the Mazda minivan, a family from Cary, North Carolina, were treated and released from the hospital.  The mother of the toddler killed in the accident, from Franklin, Virginia, remains hospitalized in serious condition.

All lanes of traffic have reopened to traffic.

Police are still investigating the crash.