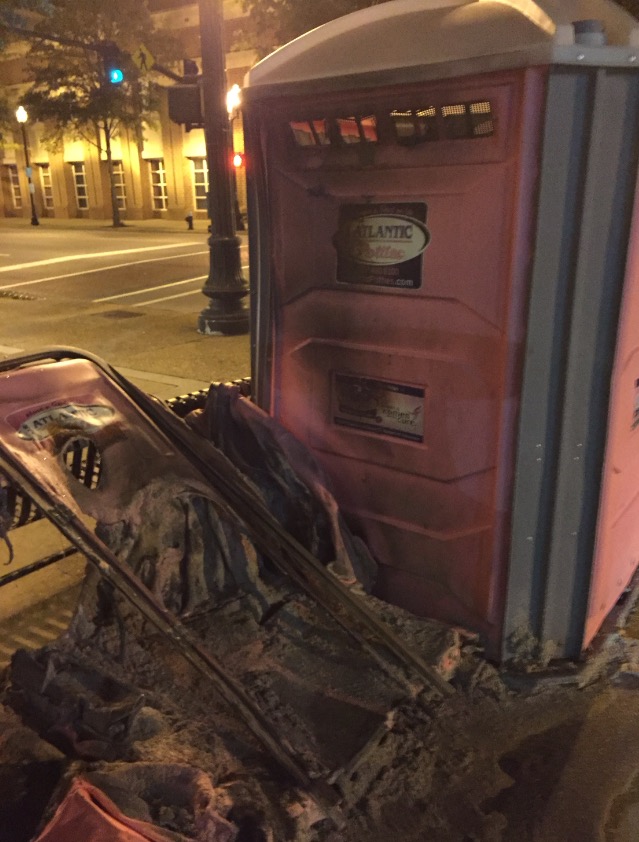 SUFFOLK, Va. – Atlantic Potties is offering a $2,500 for information that leads to the arrest of the person or people who set portable toilets on fire.

According to Atlantic Potties, the toilets were set on fire around 2 a.m. on Sunday, September 11. They were located on North Main Street in front of SunTrust Bank.

Police say when units arrived on scene two toilets were fully engulfed in fire and a third unit was also damaged.

The fires also damaged two windows at the SunTrust bank.

The company says the pink portable toilets were supporting the Tidewater chapter of the Susan G. Komen Foundation.

If you have any information about this incident, call Tavis Meredith, Atlantic’s Director of Business Development at 757-592-8217.