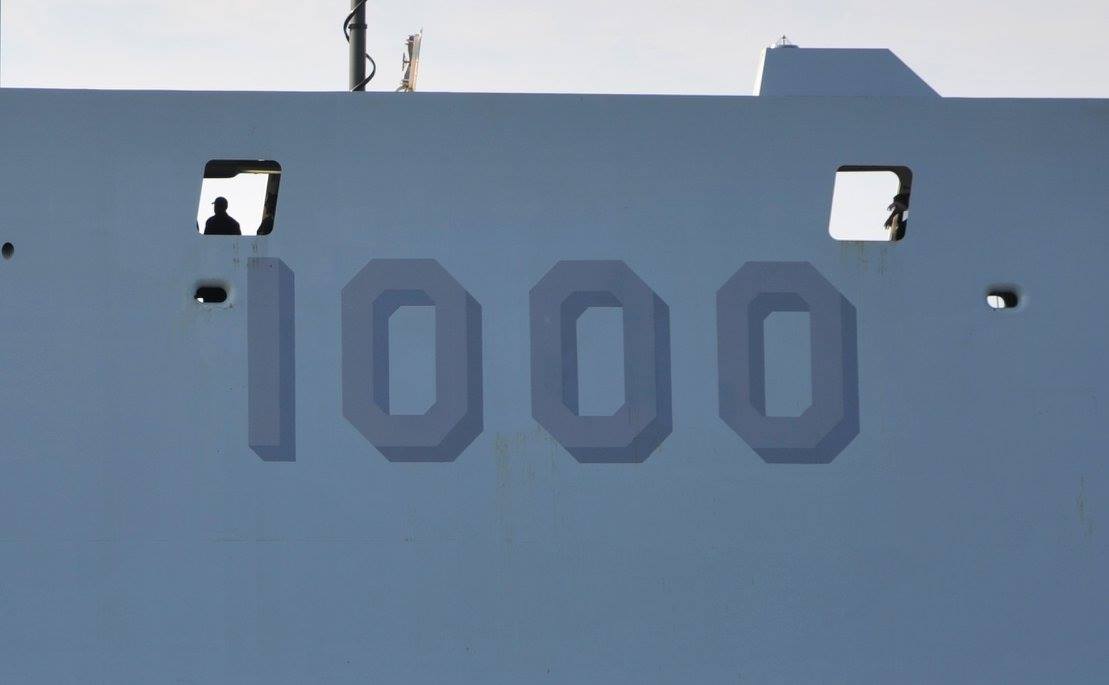 NORFOLK, Va. – The future USS Zumwalt, the Navy’s newest and most technologically advanced surface ship, arrived at Naval Station Norfolk on Wednesday for a port visit.

The visit is part of the ship’s three-month journey to its new homeport in San Diego.

The Zumwalt is the lead ship of a class of next generation multi-mission destroyers designed to strengthen naval power. Crewed by 147 Sailors, the ship is capable of performing critical maritime missions and enhance the Navy’s ability to provide deterrence, power projection and sea control.

“It is a great opportunity to bring Zumwalt to Norfolk, an area steeped in naval history and ever vital to the U.S. Navy,” said Zumwalt’s commanding officer Capt. James A. Kirk.  “It is a chance for the Sailors of Zumwalt to show their Atlantic Coast shipmates the teamwork, technical expertise and toughness it takes to operate a Zumwalt-class destroyer.”

USS Zumwalt will be formally commissioned during Fleet Week Maryland in Baltimore, Oct. 15.

“Our first ever port visit was to Newport, or the U.S. Navy’s surface warfare center of gravity, where we were able to host tours and give our schoolhouse surface warfare officers and other distinguished guests a look at the future of the surface fleet,” said Kirk.

While in Norfolk, Zumwalt is scheduled to perform operational proficiency training, certifications and preparation for its October commissioning.

Following the commissioning ceremony Zumwalt will begin its transit to San Diego, making several port visits en route. Upon arrival in San Diego, she is scheduled to take part in a Post Delivery Availability and Mission Systems Activation and is expected to be integrated into the fleet in 2018 following test and evaluation.

In addition to its advanced weapon and propulsion systems, Zumwalt is much larger than today’s destroyers.  At 610 feet long and 80.7 feet wide, Zumwalt is 100 feet longer and 13 feet wider, and its flight deck is 93 percent larger than an Arleigh Burke-class destroyer.