Redskins fall to 0-2 after loss to Cowboys 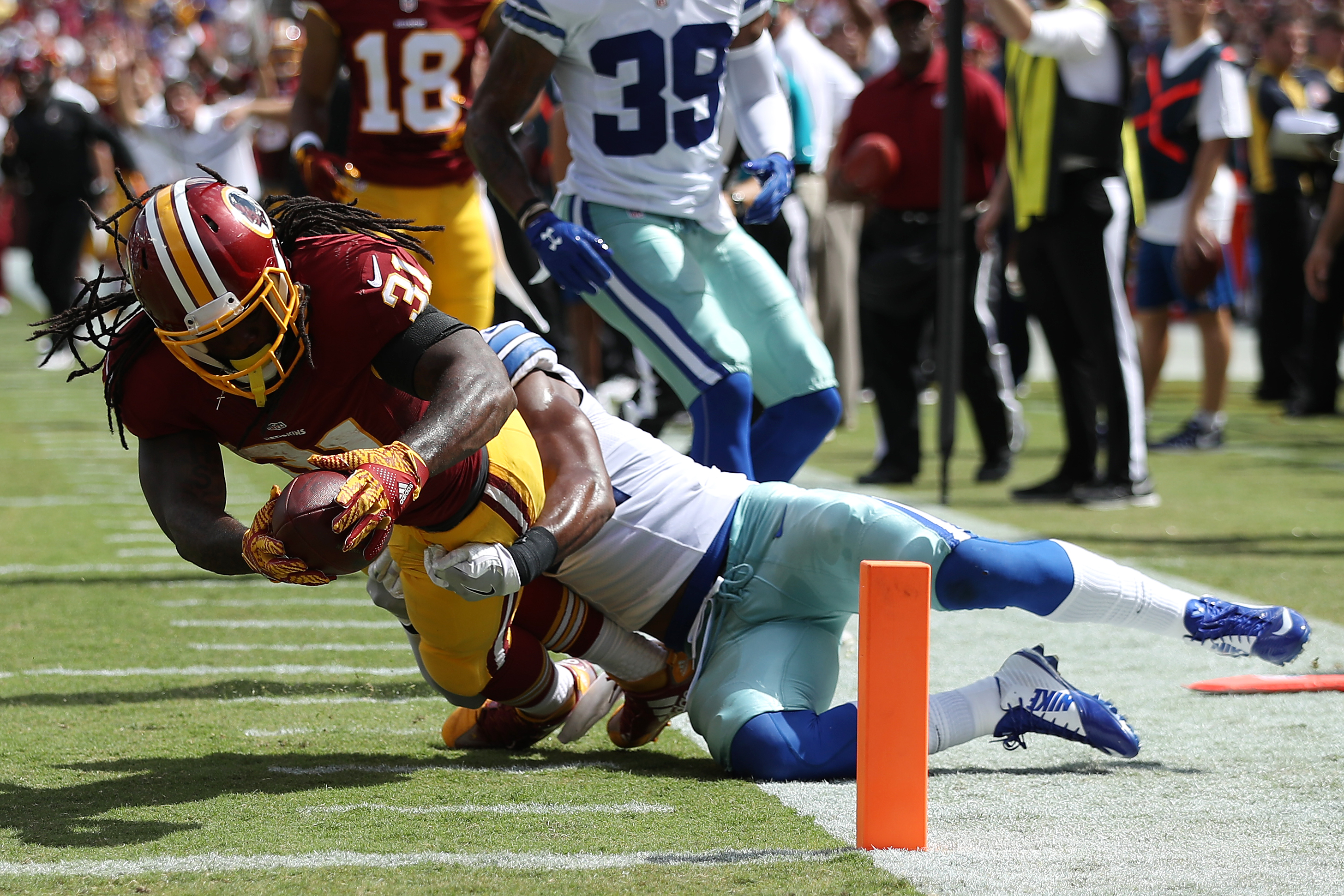 LANDOVER, Md. – A four yard touchdown run from former Redskins running back Alfred Morris was the difference in a 27-23 Cowboys victory over Washington Sunday.

Morris, who signed with Dallas this offseason, scored with 4:45 left to play in the 4th quarter. The Cowboys took possession after Kirk Cousins threw an interception in the end zone with his team leading 23-20.

Washington had a chance to drive down the field and win the game following Morris’s go-ahead touchdown. However, Cousins’ Hail Mary attempt flew-out the back of the end zone to seal the Dallas victory.

For the game, the ‘Skins out-gained Dallas 432 yards to 380. However, the critical Cousins interception and eight penalties helped the Cowboys pick-up their first win of the season (1-1).

The Redskins, defending NFC East division champions, fall to 0-2 on the season. Teams that start the season 0-and-2 have less than a 15 percent chance of reaching the postseason.

Washington travels to New York for a date with the unbeaten (2-0) Giants Sunday.