The cost of counterfeit: How football, terrorists and a Virginia Beach police investigation are all connected

VIRGINIA BEACH, Va. - No pro team would survive without their fans. Sure they scream and cheer, but more importantly, they put their money behind their team.

On average, one fan will spend $82 on a ticket, $31 on parking, $7 for a beer, and that does not include the money they spent on the one thing you need to spot then: fan clothing.

But how do you know if the jersey or baseball cap you are wearing is real?

Kline was one of the detectives who raided four stores along Atlantic Avenue who were illegally screen printing professional teams’ logos onto hats, sweatshirts and other clothing items.

“We’ll have someone go into a store, and they will think that it’s weird - let’s say the NFL team Steelers is on there - and it’s spelled wrong, then obviously something is going on.”

At least 21 professional teams were affected, including the Redskins, the Ravens and the Steelers.

“If you’re going to buy something for a team you support, why not give the money to an actual company who has bought and paid for this trademark in order to print it,” Kline told News 3’s Merris Badcock.

You might pay one third or even half the price, but according to Kline, counterfeit items are generally made of cheaper materials that are not built to last, the logo is usually skewed of crooked, the colors of the logo will be off, and all sales are final.

News 3 went undercover to one of the stores Kline and his team raided recently. When our undercover camera was rolling, the manager of one store told our undercover customer police took all the NFL items two weeks ago.

When we approached her upfront, she declined to comment.

At another store off Atlantic Ave., one employee tried to tell us police did not take anything, but then changed his story when we showed him a search warrant.

Some of the counterfeit items Kline and his team have seized in other investigations.

According to the National Crime Prevention Council, counterfeit items cost the U.S. more than $250 billion in lost revenue and 750,000 jobs every year.

And if that doesn’t get you, numerous government sources say counterfeit goods are one of the primary ways terrorists finance their attacks.

Under federal law, it is not illegal for someone to purchase a counterfeit good. However, when you support counterfeiters, companies who own the trademark ultimately charge you more for the real product.

For NFL fans who are sad to see the cheap stuff go, Kline had one last word for them.

“You’d rather have it look right,” Kline told News 3. “Especially if you are going to represent a team that you are proud of or you have emotional attachment to.” 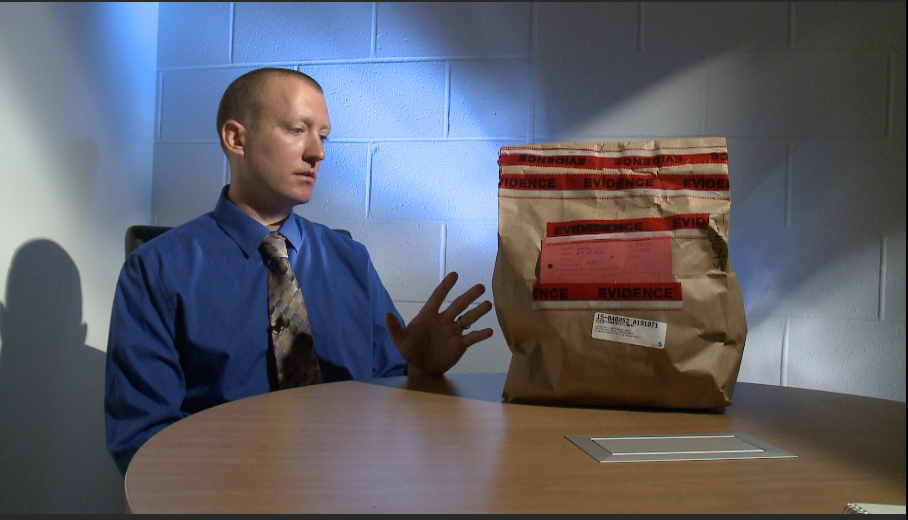