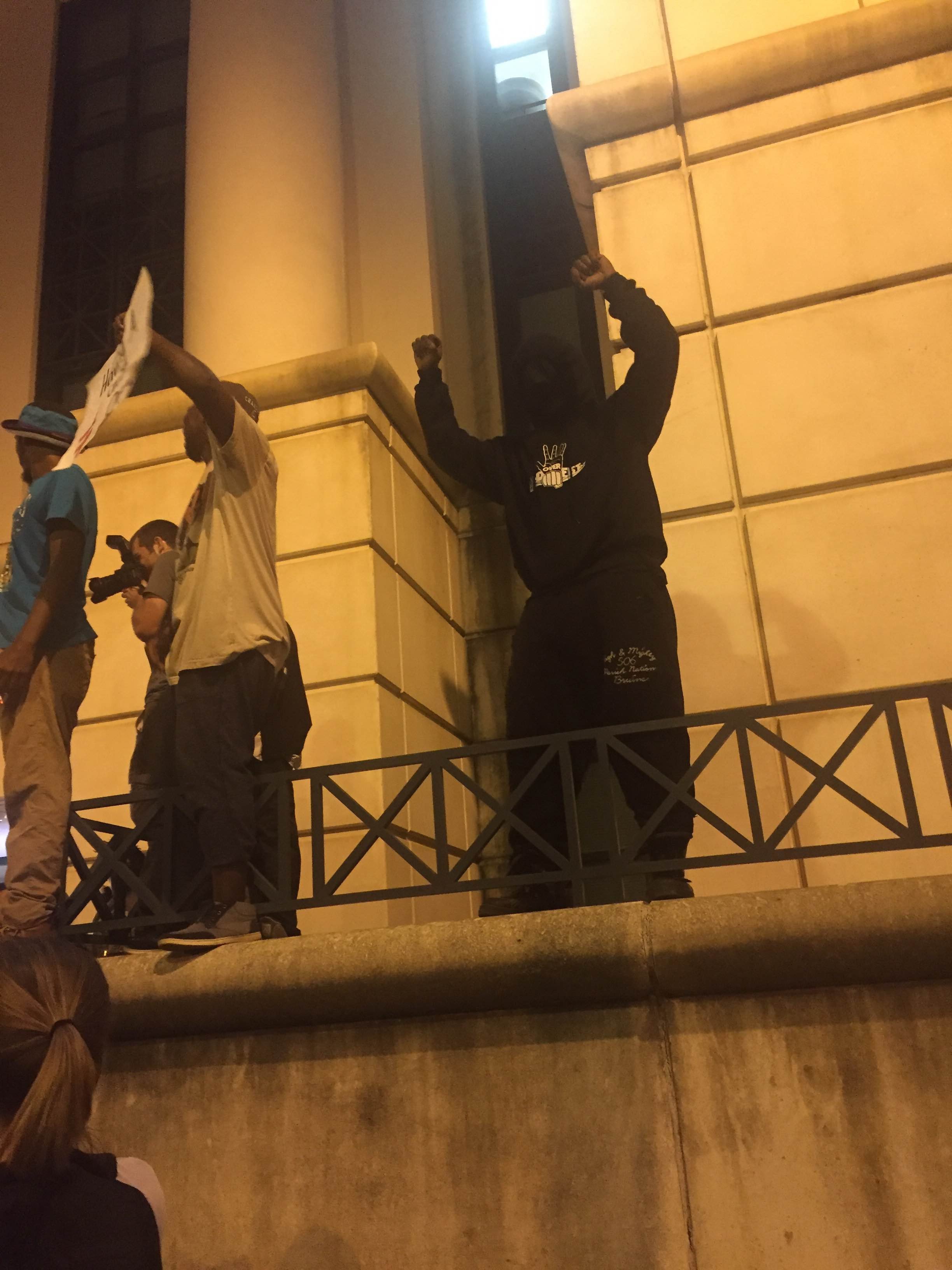 For a second night, protests over a deadly officer-involved shooting in Charlotte, North Carolina, turned violent, with police firing tear gas and demonstrators throwing objects and trying to damage vehicles.

Keith Lamont Scott, a father of seven, was killed by police in an apartment complex parking lot Tuesday as officers looked for another man named in a warrant they were trying to serve.

The shooting set off a long night of violent protests and Wednesday the demonstrations continued for a second night, starting off as a peaceful march through downtown Charlotte.

But when the demonstrators neared an Omni Hotel, some people climbed the roof of an outdoor mall and started throwing objects at the crowd.

Other people were banging on the doors of the hotel, and police in riot gear emerged in the entrance.

On Wednesday, Keith Scott’s wife released a statement saying her family is devastated and she called for protesters to remain calm.

“Keith was a loving husband, father, brother and friend who will be deeply missed every day,” Rakeyia Scott said. “As a family, we respect the rights of those who wish to protest, but we ask that people protest peacefully. Please do not hurt people or members of law enforcement, damage property or take things that do not belong to you in the name of protesting.”

Protesters began demonstrating again Wednesday evening at police headquarters in Charlotte. From there they marched to one of the city’s downtown parks before returning to the area around police station.