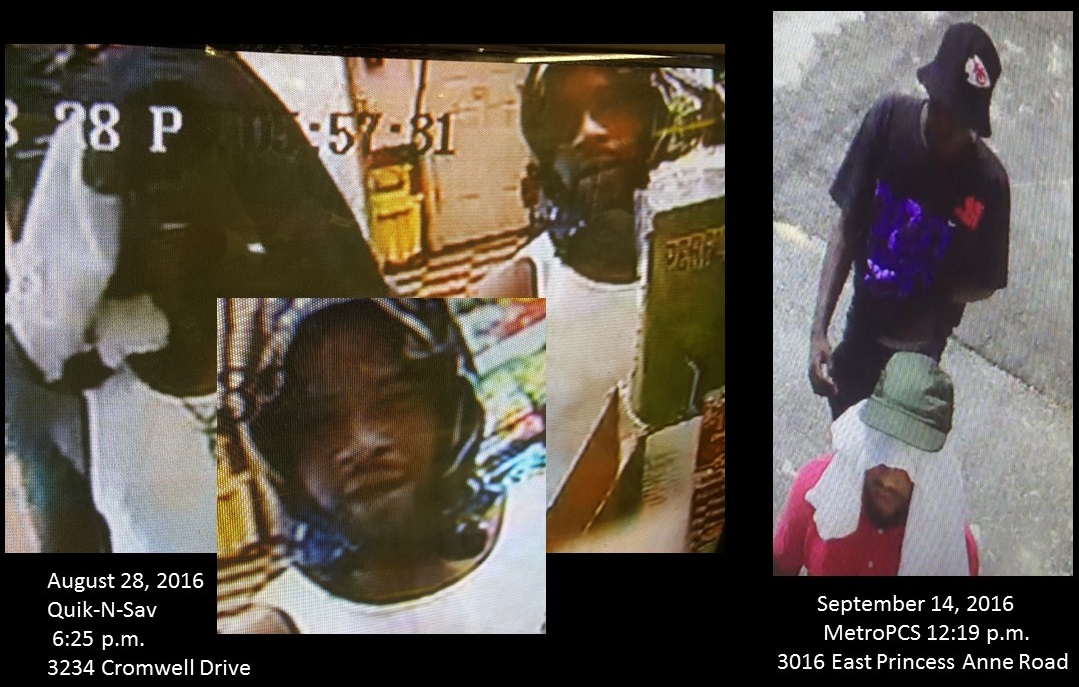 NORFOLK, Va. – Police are looking for two men who may be connected to four armed robberies.

In about a month four robberies have occurred and police need the public’s assistance in locating two suspects.

In all of the robberies the suspects enter the business armed with a gun and then demand money from store clerks.

After getting money the men flee the scene before police arrive.

According to police no one has been injured in the robberies.

Anyone with information about these incidents is asked to call the Norfolk Crime Line at 1-888- LOCK-U-UP.