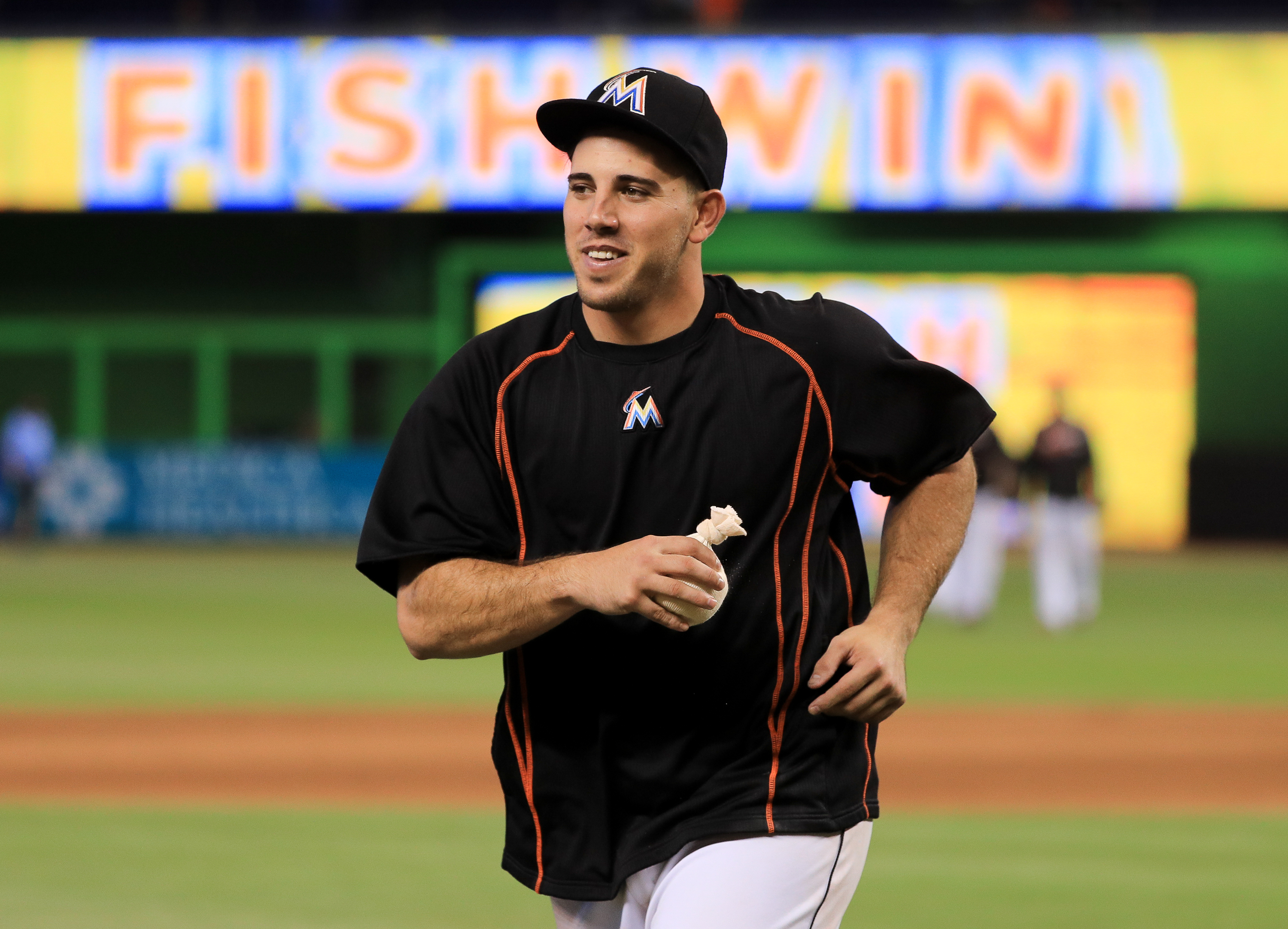 Fernández, who was 24, and two other men were found dead after their 32-foot boat was discovered crashed at the entrance of Miami Harbor, said Fish and Wildlife Commission public information officer Lorenzo Veloz.

Coast Guard personnel out on patrol noticed the vessel upside down on the north end of a rocky jetty shortly after 3:15 a.m., Veloz said at a news conference Sunday morning in Miami. Divers recovered two of the bodies under the boat and the third victim was found on the rocks. The names of the two other victims — also in their 20s — are being withheld until relatives could be notified. The men were personal friends of Fernandez, Veloz said.

Veloz said the death of Fernández was a loss to Miami, to baseball and to anyone who had ever met him.

“He was pillar to our community, he was involved in everything that he could be to give back,” Veloz said. “I had the experience of talking to him several times, down-to-earth, great person … I’m sorry I’m getting goosebumps right now, it’s really hitting home and it’s horrible.”

Based on impact evidence and the severity of damage, officials concluded that the boat — a 32-foot-SeaVee center console model — hit the rocks at full speed, Veloz said. Fernández was a passenger on the boat, and he was not the owner, Veloz said.

“The boat is a total loss right now from what we can see,” Veloz said. “It’s bad. There’s no other word for it, it’s horrible, it’s bad, it’s bad.”

Drugs and alcohol did not appear to be factors in the accident, he said, but he added that investigators had been been unable to get under the overturned wreckage by early Sunday, and autopsies had not yet been done. None of the three victims were wearing life vests, he said.

“The magnanimity of his personality transcended culture, religion and race, I mean it just did,” Marlins President David Samson said at an emotional news conference Sunday afternoon, flanked by the team and other officials. Several people appeared visibly shaken.

“Jose is a member of this family for all time,” Samson said. “His story is representative of a story of hope, and of love and of faith, and no one will ever let that story die.”

The Marlins’ game against the Atlanta Braves Sunday was canceled as a result of the news, but other games will go on, Samson said.

“When you watch kids playing little league… that’s the joy that Jose played with – and the passion he felt about playing,” said Marlins Manager Don Mattingly, stopping mid-sentence to wipe away tears. He appeared too emotionally shaken to continue.

Fernández was born in Cuba and defected to the United States as a 15-year-old in 2008.

Drafted by the Marlins in 2011, he went on to become the franchise’s star pitcher, named National League Rookie of the Year 2013 and a two-time All-Star.

News of his death sent shock waves through the baseball community, with players and fans alike taking to social media to express their grief.

“We are stunned and devastated,” Major League Baseball said in a statement.

“I’ve never met anyone who extracted more joy, more passion out of what he did than José Fernández,” baseball analyst Buster Olney said on ESPN. “When you watched him pitch, he loved it so much. He had so much emotion.”

“He’s sort of the American dream for the Cuban baseball player,” Dan Le Batard, co-host of ESPN’s “Highly Questionable,” said. “This kid is a symbol for Cuban(-American) life and the things that can be accomplished in this country.”

Marcus Stroman, a pitcher for the Toronto Blue Jays, tweeted: “Sick to my stomach. Can’t believe this. #RIPJoseFernandez.”

Former MLB pitcher Dan Haren tweeted: “Jose Fernandez is one of the most genuine guys I’ve ever played with. He loved life, he loved baseball… he will be missed dearly.”

Major League Baseball Commissioner Rob Manfred issued a statement saying that “all of baseball is shocked and saddened by the sudden passing of Miami Marlins pitcher José Fernández.

“He was one of our game’s great young stars who made a dramatic impact on and off the field since his debut in 2013,” he said. “Our thoughts and prayers are with his family, the Miami Marlins organization and all of the people he touched in his life.”

Many fans spoke of their sadness that, having already achieved remarkable sporting success, Fernández’s life had been cut short just as he was starting a family.

Five days ago, the young star had posted a picture to Instagram of his pregnant girlfriend, with the caption: “I’m so glad you came into my life. I’m ready for where this journey is gonna take us together.”

Baseball fan Matt Birnbach wrote: “Jose was a reason you watched baseball. He was must-see TV and his personality is what made him great. Absolutely crushed right now.”