TOWNVILLE, S.C. — A South Carolina teenager is suspected of opening fire at an elementary school playground, wounding two students and a teacher — just one minute after placing a teary phone call that led to the discovery of his father’s body at a nearby home.

As the shooting unfolded Wednesday afternoon behind Townville Elementary School, the teenager, who was not identified because of his age, was taken to the ground by a volunteer firefighter and taken into custody by deputies, authorities said.

The father of the suspected shooter was found dead after being shot, Anderson County Coroner Greg Shore told reporters. Shore identified him as Jeffrey Osborne, 47, who was found at a house about 2 miles from the school.

The teenager called his grandmother at 1:44 p.m. ET, sobbing and speaking unintelligibly, Shore said at a second news conference. The grandparents went to the boy’s house next door to check on the father and the boy. The couple found the father but not the boy.

“He did die at the scene from gunshot wounds,” Shore said of the father.

One male student was critically injured with a gunshot to the leg and another boy was struck in a foot. A female teacher was wounded in a shoulder, sheriff’s Capt. Garland Major said.

It is unclear whether the alleged shooter knew any of the school victims. Major said the motive is unclear, but terrorism has been ruled out.

CNN has not determined whether the boy has an attorney.

Anderson County Sheriff John Skipper said the boy started firing after getting out of his vehicle in the parking lot near the playground.

Witnesses told police it appeared the boy was headed toward the school. Several teachers locked doors to prevent him from getting in.

School nurses and emergency responders saved the life of the boy who was shot in the leg, said Scott Stoller, the director of EMS in Anderson County. “Training, proper equipment is absolutely critical and without their early intervention the outcome would have been very different,” he said.

The firefighter declined to meet with the media, but Stoller said the man said he did nothing any other firefighter wouldn’t have done.

The other child was taken to Greenville Health System emergency trauma center by helicopter, spokeswoman Sandy Dees said. Dees told CNN on Wednesday night that student was in critical condition.

The mother of a student at Townville Elementary School told CNN Greenville affiliate WYFF that her daughter and classmates huddled in a bathroom.

“Her teacher was shaken up. I know all the kids were scared. There was a bunch of kids crying,” the unidentified woman said. “She didn’t talk for about five minutes when I got her. … I’m just so scared. I don’t even want her to go to school now.”

The mother said she was praying for the families of the injured.

Townville is in the extreme western part of the state, southwest of Greenville and near the Georgia line. Anderson County has a population of about 194,692. The elementary school has about 280 students. About 30 school employees are listed on the school’s website.

School has been canceled for the rest of the week.

Joanne Avery, superintendent of Anderson County School District 4, told the media that school personnel have participated in active-shooter training and she said that training kept the incident from being much worse.

Gov. Nikki Haley said she would make sure law enforcement would have the resources it needed as investigators do their work. 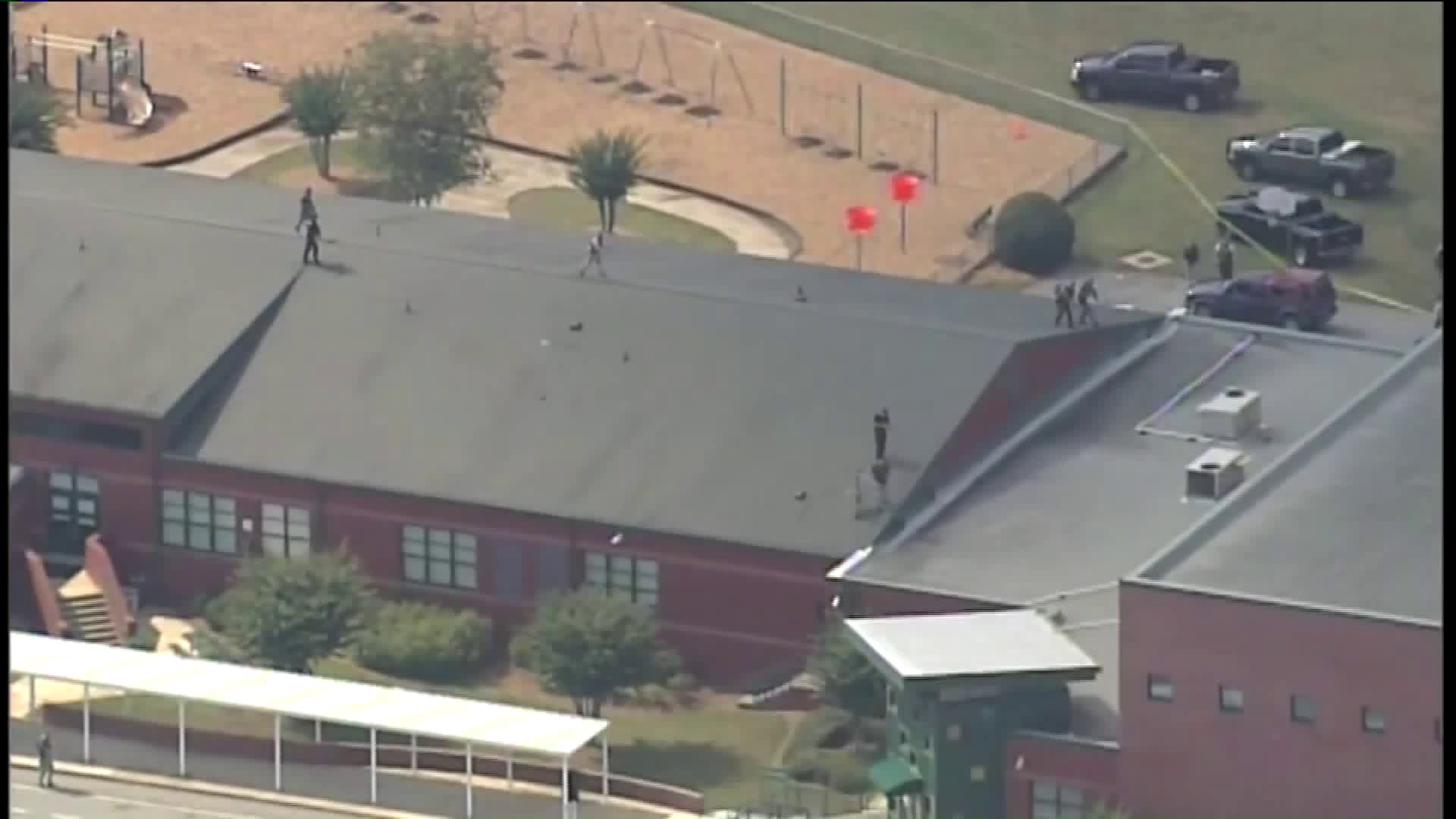 Get updates on the go with our News 3 mobile app.