Shooter hits one woman and several cars in Newport News

NEWPORT NEWS, Va. - Several vehicles were struck by gunfire early Friday morning and the shooter also hit a woman in the leg.

Newport News police said it happened around 12:15 a.m. in the 100 block of Sally Ann Place.

When police got to the scene they were told that a woman was injured. They found the 47 year old female with a non life threatening gun shot wound to the leg.

The woman was inside an apartment when police got to her. They said the bullet hit her while she was standing just outside the home.

The woman was transported to the hospital and is expected to be ok.

Police said at least 3 cars had been hit by bullets. Neighbors on scene told News 3 more than 3 were hit and they had to call police back to the scene to file reports.

Broken glass could be seen at the scene. One vehicle had its back windshield shot out, another was hit in the driver's side window, another hit on the hood.

Neighhbors said although the shooting started on Sally Ann Place, the shooter must have also gone around to Roffman Place because homes and vehicles were damaged on that street.

Bullet casings were still in the parking lot as the sun came up in Newport News. Police said the investigation is ongoing at this time.

Police have no suspect information. They ask the public to call the CRIME LINE at 1-888-LOCK U UP. 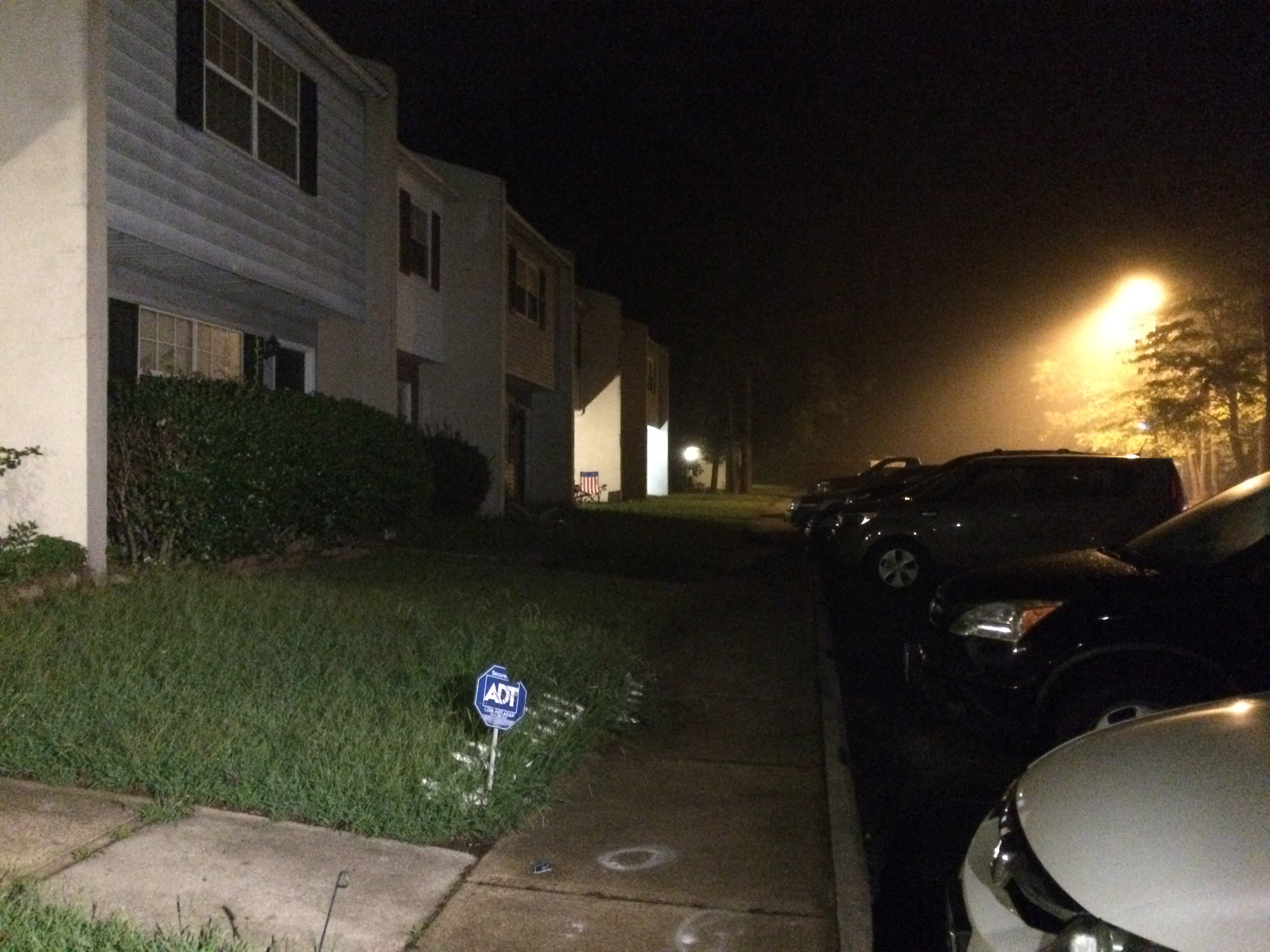