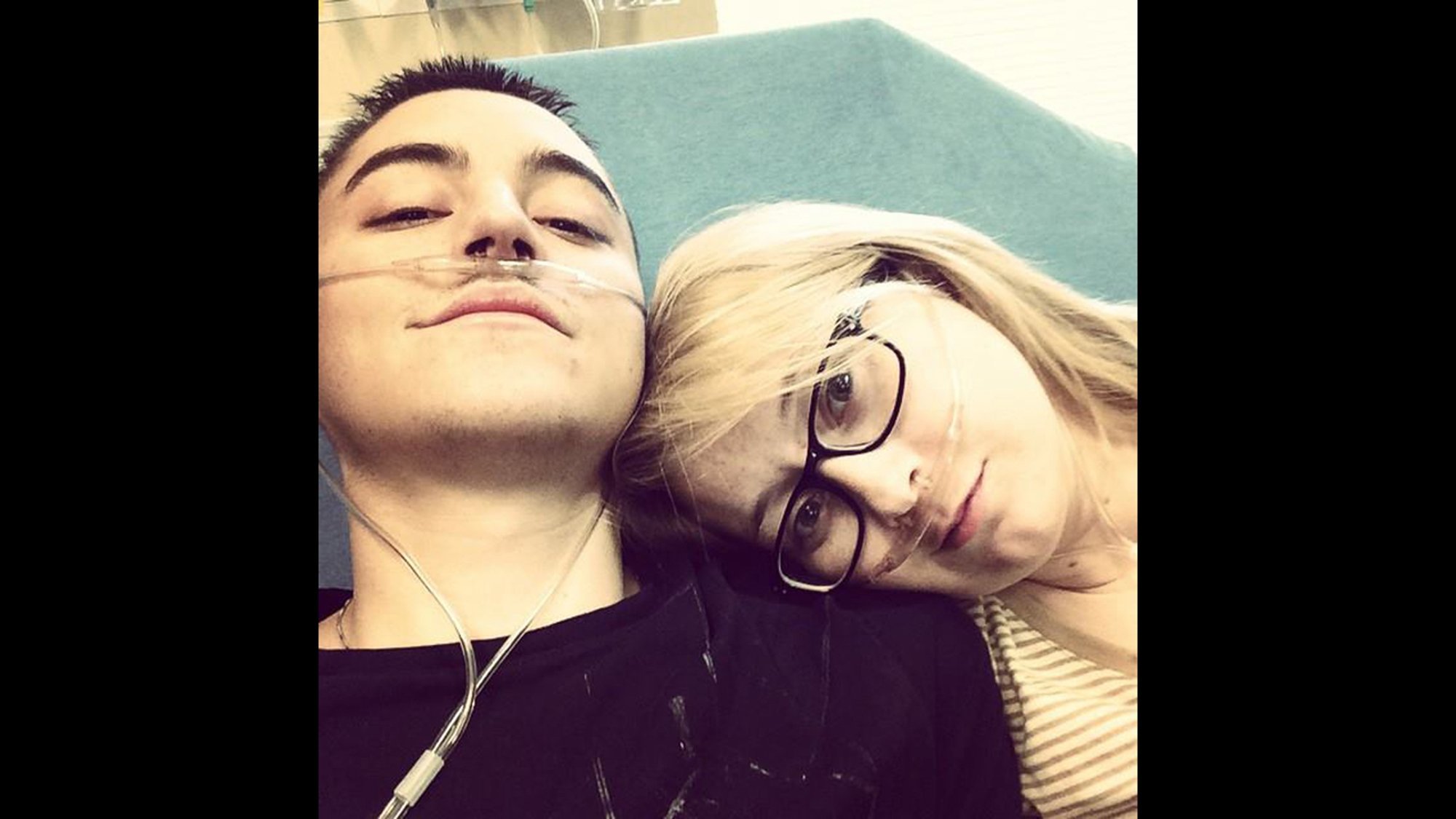 They became known as “the real ‘Fault in Our Stars’ couple” and soon became nearly as famous as the couple in the novel and movie.

Katie Donovan and Dalton Prager — like Hazel Grace Lancaster and Augustus Waters, the teenagers in the 2014 film — fell in love even though they knew the other could die at any time.

The real-life couple also shared a diagnosis of cystic fibrosis. Adding to their drama was the fact that Katie’s doctors had directed her not to meet up with Dalton, because he had a highly contagious infection, and if she caught it, her life could be drastically shortened.

She defied her doctors and went on a date with Dalton, and two years later, they married when they were both 20.

But their story was more than just a touching and tragic tale that went viral on the Internet. Katie and Dalton’s story teaches us lessons about love and medicine.

You get to make a choice that might hasten your death

For the most part, online bystanders were supportive of Katie and Dalton, wishing them well and praying for them after they died. But there were also haters, because of Katie’s choice to meet up with Dalton even though he had that infection.

The average life expectancy for a cystic fibrosis patient who reaches adulthood is 37, according to the National Library of Medicine. Katie died at 26.

“There’s bullies behind names on the Internet that are like, ‘You’re so stupid,’ ” she said.

Less than a week before she died, Katie sat down for an interview with CNN at her home in Flemingsburg, Kentucky, and said she never regretted meeting up with Dalton.

“I’d rather have five years of being in love and just really completely happy than 20 years of not having anybody and just having nothing,” she said.

Dr. Chris Feudtner, an ethicist at Children’s Hospital of Philadelphia, said the haters are wrong, and Katie had the right to make a decision that would probably shorten her life.

“We honor people’s ability to make decisions for themselves,” he said.

He mentioned that his elderly mother, for example, wants to stay alone in her home instead of moving into assisted living, even though living at home increases the chances she could fall and no one would be immediately available to help her. He said his family is still working it out, but his mother might get her wish.

“We let people make decisions about how they want to live even in the face of pretty substantial risk,” he said.

CNN first brought Katie and Dalton’s story to light in April 2015 because she was having trouble getting a lung transplant.

Doctors in her home state of Kentucky were reluctant to give her the transplant. They wanted her to go to a larger program at the University of Pittsburgh that had more experience performing transplants for people with infections.

Kentucky Medicaid had refused to pay for her to have a lung transplant in another state. It agreed after CNN published its story.

Dr. Pam Shaw, a professor of pediatrics at the University of Kansas Medical Center, said Medicaid, which operates independently in each state, often won’t pay for care in another state, even when it’s clear the patient would be much better off.

“Unfortunately, this is quite common,” said Shaw, a member of the board of the directors of the American Academy of Pediatrics.

“Our hospital is 1,000 feet from the Missouri state line, and we won’t accept Missouri Medicaid, even though for some medical problems, we have the best services for children,” she said. “It just breaks my heart to tell a family ‘I can’t take care of you because you live in Missouri.’ ”

Shaw suggested that the government change Medicaid so it’s more like Medicare, the insurance program for the elderly that’s run by the federal government, not state governments.

“I know that’s pie in the sky, but it would be a lot better for patients, their families and the physicians who care for them,” she said.

Studies have found that an elderly person’s chance of dying increases by as much as 90% in the three months after his or her spouse dies, according to a 2008 study by researchers at Harvard and the University of Wisconsin.

The physiological reason for this — what actually is happening inside someone’s body — is pretty much a mystery.

“Broken heart syndrome,” technically called stress-induced cardiomyopathy, is one explanation. It’s the heart’s reaction to a surge of stress hormones that can be caused by the loss of a loved one, a divorce, a betrayal or any similar traumatic event.

But not all spouses die of this particular problem. The 2008 study found that after losing a spouse, people die within just a few months of all sorts of diseases, including diabetes, infections and cancer.

Part of it might be practical, said Dr. Eric DeJonge, director of Total Elder Care at Medstar Hospital and associate professor of medicine at Georgetown University Hospital.

“Elderly couples often become ‘co-dependent’ on each other for cognitive or physical daily functions,” he wrote in an email. “When that support gets knocked out, it can destabilize the survivor.”

Dr. Christine Todd, an assistant professor of internal medicine and chairwoman of the department of medical humanities at Southern Illinois University, said she thinks it also has to do with the effect that emotions have on the immune system, especially on someone who’s already in fragile health.

“Grief plus depression has a very dynamic effect,” she said. “Stress hormones and depression affect all your organs; it’s enough to shut things down.”

The tragic end of the Pragers’ love story touched millions around the world.

Dalton was doing relatively well after his transplant in November 2014. But just as Katie’s health was declining this fall, he caught pneumonia.

Still, his family hoped he’d beat the infection and get out of the hospital in time to visit Katie at home before she died.

Family members never expected he would die before her, and when he did, Katie was “devasted,” said her mother, Debra Donovan.