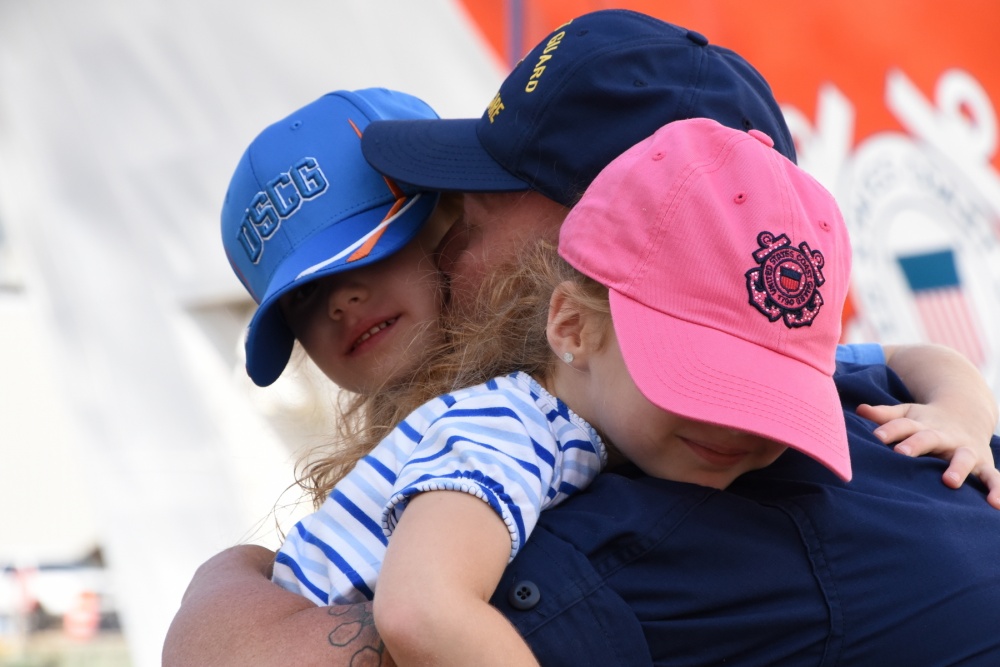 PORTSMOUTH, Va. – The crew of the Coast Guard Cutter Legare returned home Wednesday after a 48-day patrol in the eastern Pacific Ocean. During their patrol, the crew seized more than 1800 kilograms of cocaine with an estimated wholesale value of $59.5 million.

Two of these interdictions involved the use of engine- disabling gunfire to stop suspected smuggling vessels after they ignored both orders to stop and warning shots. The engine-disabling fire was employed by aircrews of the Coast Guard Helicopter Interdiction Tactical Squadron, based in Jacksonville, Fla.

Legare supported the interdiction of a fourth smuggling vessel by launching its HITRON helicopter to assist the Coast Guard Forward, also homeported in Portsmouth, in their pursuit of a suspect vessel. Together, Forward and Legare interdicted the suspected smuggling vessel and seized approximately 600 kilograms of cocaine that was onboard. Three suspected smugglers were detained by Legare.

The medium endurance class is set to be replaced, starting in 2021, by the offshore patrol cutter fleet.