The school bus was headed to pick up students at the Academy of International Studies at Rosemont.

There were five adults in the HRT bus, who all received non-life threatening injuries.

All of the people injured were conscious and alert when police arrived.

The driver of the bus has been cited for following too closely. 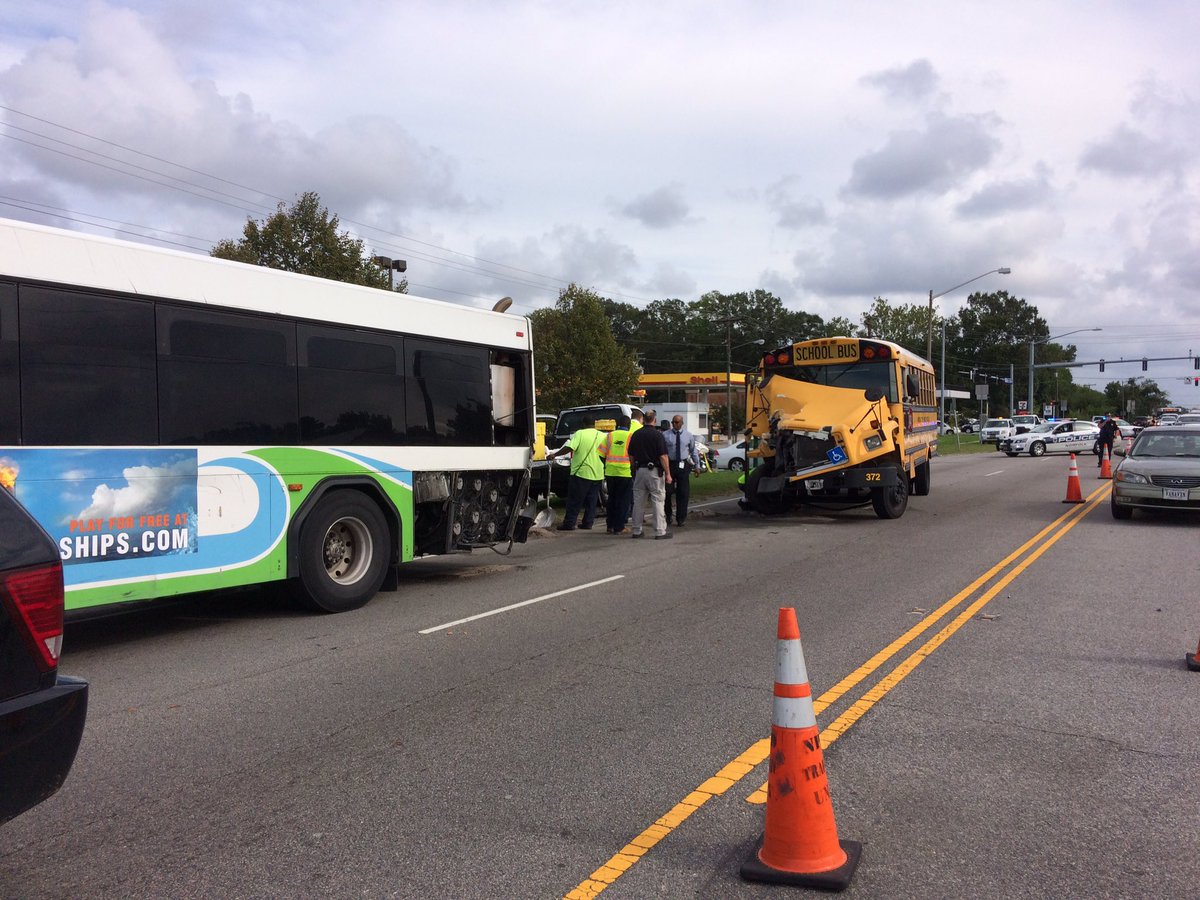