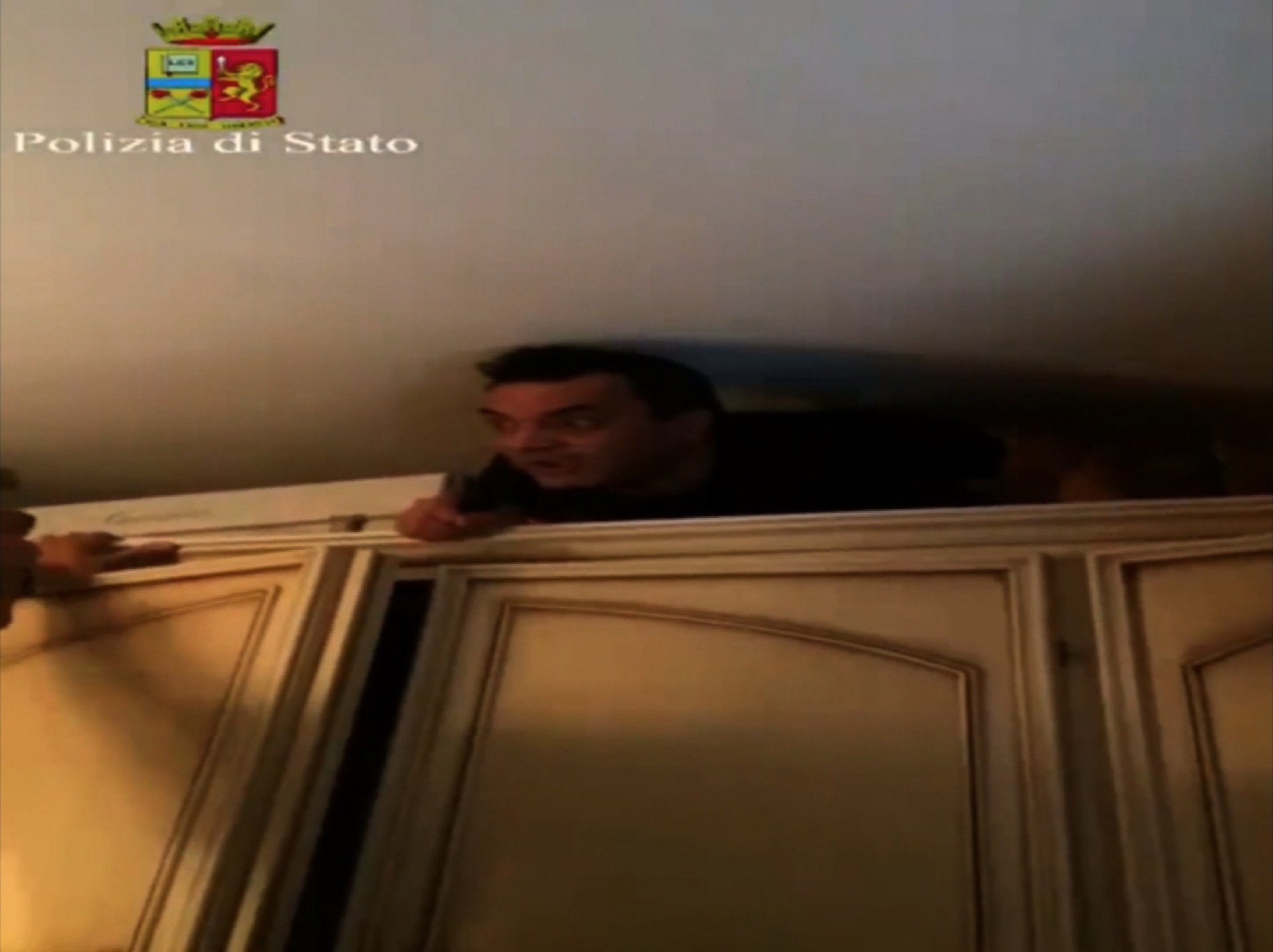 Some infamous criminals hide from the law in dingy underground tunnels. Others opt for secret holes in kitchen cupboards.

Italian mafia boss Antonio Pelle was arrested at his home in Reggio Calabria in southern Italy Wednesday, after being found in a hole cut into the walls of his house, Italian State Police said in a statement.

A video released by Italian police shows Antonio Pelle emerging from behind a kitchen cupboard and scowling at police.

The video zooms behind Pelle to reveal a hidden room with a small mattress and pillow, toilet paper and a portable fan.

According to Italian news agency ANSA, Pelle, also known as “Mamma,” made an escape from a hospital bed after being arrested in 2011 and was listed among Italy’s 10 most dangerous fugitives.

ANSA says Pelle was known as a boss in the ‘Ndrangheta mafia in 2014. Italian officials said the group is linked to drug trafficking in South and Central America, Canada and the United States.

In 2007, a feud within Pelle’s clan led to the execution-style killing of six men in the German city of Duisburg.

According to the FBI, the ‘Ndrangheta — formed in the 1860s — is involved in kidnappings, corruption, drug trafficking, gambling and murders.

Pelle has been on the run since 2011. He could serve up to 20 years in prison for drug trafficking and for being associated with a mafia group.