US death toll from Matthew climbs, 17 deaths in North Carolina 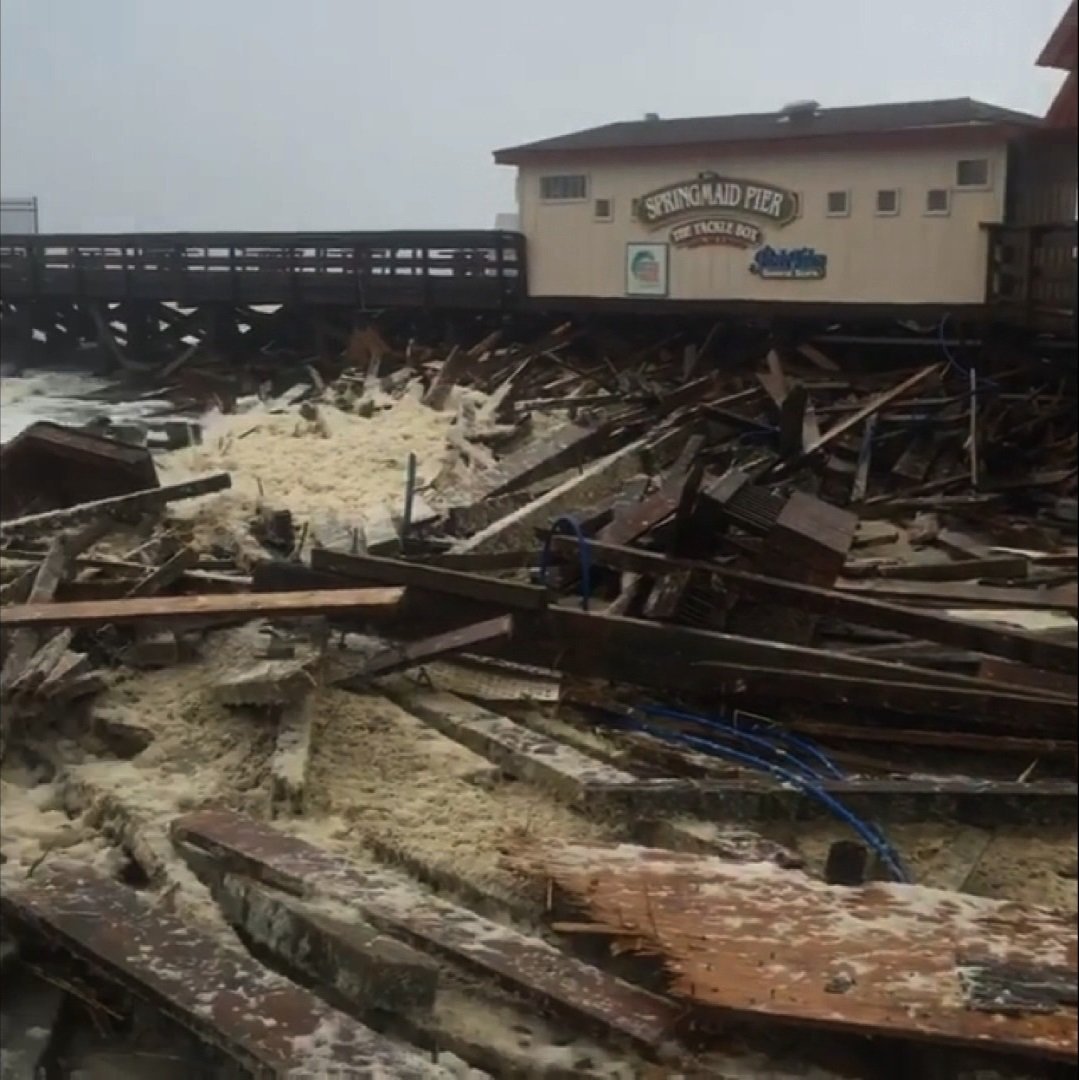 More flooding is coming to some riverside towns in North Carolina — where hundreds already are in shelters and a few thousand had to be rescued by boat and helicopter crews since Hurricane Matthew deluged the state over the weekend — Gov. Pat McCrory warned Tuesday.

17 people have died in North Carolina as a result of the storm, McCrory said. At least 27 US deaths have been blamed on Matthew.

Flood warnings have been issued for parts of the Carolinas and extreme southeastern Virginia and Maryland at least into Tuesday night. Major rivers in North Carolina are expected to be above flood stage through much of the week.

But waterways haven’t crested in some areas, including the Tar River at Greenville, an east-central North Carolina city with about 89,000 people.

“I cannot stress (enough) to people, especially on the Tar River today, if we say the water is coming and we say do not drive through that water, we mean it,” McCrory said at a news conference.

Three people are reported missing — two in Cumberland County and one in Johnston County, he said. There were about 282,000 power outages in the state Tuesday morning — down from about 500,000 the day before — mostly in the eastern part, he said.

More than 2,000 people have been rescued from high water by more than 70 boat crews, McCrory said. Many of them were from the deluged city of Lumberton in Robeson County, about 65 miles northwest of Wilmington.

Helicopters rescued others from roofs, including 26 people from Monday night into Tuesday morning, the governor said.

About 3,000 people in Robeson County were sent to shelters, but no precise number of those forced from their homes is available, county spokeswoman Kellie Blue said Monday.

Blue said ice and water were being shipped in because about 26,000 utility customers in the county lacked water.

Crews were working to repair water lines, but once water mains were fixed, another road was washed out, and lines burst again.

Homes, restaurants and business have been lost, she said.

“Our Board of Education is destroyed,” Blue said. “It’s completely underwater.”

‘This house has a lot of flood stories’

After Hurricane Floyd in 1999, Reed said, his mother had to be rescued by boat from the top floor of the family home after it took on 6 feet of water. His grandparents, who owned the house then, put on a new roof and raised the house a few feet after that storm.

Before Matthew moved through, Reed said, his family moved as many things as they could to the second floor, including heirlooms.

“This house has a lot of flood stories,” he said.

About two years ago, Reed said, frozen water pipes broke during a cold winter, flooding the house and causing $90,000 in damage. The family had just completed repairs when Matthew struck.

The family had recently dropped their flooding insurance for the first time.

“We’ve had all sorts of storms before and never had any problems,” he said.

Reed said his family can probably live upstairs and start work on repairs as long as the water doesn’t move above the first floor. If not, he will “buy the camper I always wanted” and live in it until his house can be restored.

In Goldsboro, the threat of flooding forced authorities to evacuate 797 inmates from the Neuse Correctional Institution to other prisons. The minimum-security facility for male inmates is near where the Little and Neuse rivers meet.

McCrory raised concerns about communities below Woodlake Dam in Moore County. Officials had ordered evacuations for the towns of Vass and Spring Lake, near the U.S. Army’s Fort Bragg, on Monday night because of a leak, CNN affiliate WTVD-TV reported.

“Get out now,” the governor said Tuesday morning. “(We’re) hearing 50 to 60 people are refusing the evacuation order. That is unacceptable.

“You are not only putting your life in jeopardy, you are” also endangering rescuers, he said.

The dam was stabilized by Tuesday morning, and no further evacuations were planned, but risk assessments will continue, CNN affiliate WRAL-TV reported.

Drownings after driving onto flooded roads

Some of North Carolina’s fatalities included victims who drowned after driving onto flooded roads.

McCrory stressed Tuesday that many roads remain flooded and impassable, including a stretch of Interstate 95 near Cumberland. He urged people not to drive through high water.

The US deaths came after Matthew devastated parts of the Caribbean, killing more than 300 people in Haiti, said Paul Altidor, Haitian ambassador to the United States. Others report much higher death tolls in that impoverished country.