Hurricane Matthew: Days of disaster unfold under a cloudless sky

The weather is picture-perfect nearly a week after Hurricane Matthew unleashed winds and torrential rain on North Carolina’s eastern flatlands — but Princeville still is under water.

“This is a disaster area. It’s not going to recover in 24 hours, and it’s still going on as we speak, not only in Princeville but 150 miles from here,” Gov. Pat McCrory said.

“People are playing golf 20 miles from here, and yet we have a whole town under water.”

The aftermath of Matthew’s deluge has caused normally tranquil rivers to swell to record levels. Princeville, a town settled by freed slaves in the late 1800s, is among the most severely hit.

Every road into the town, about 75 miles east of Raleigh, is off-limits, and officials said most of the 2,000 residents evacuated days ago. Many took shelter across the Tar River in Tarboro. 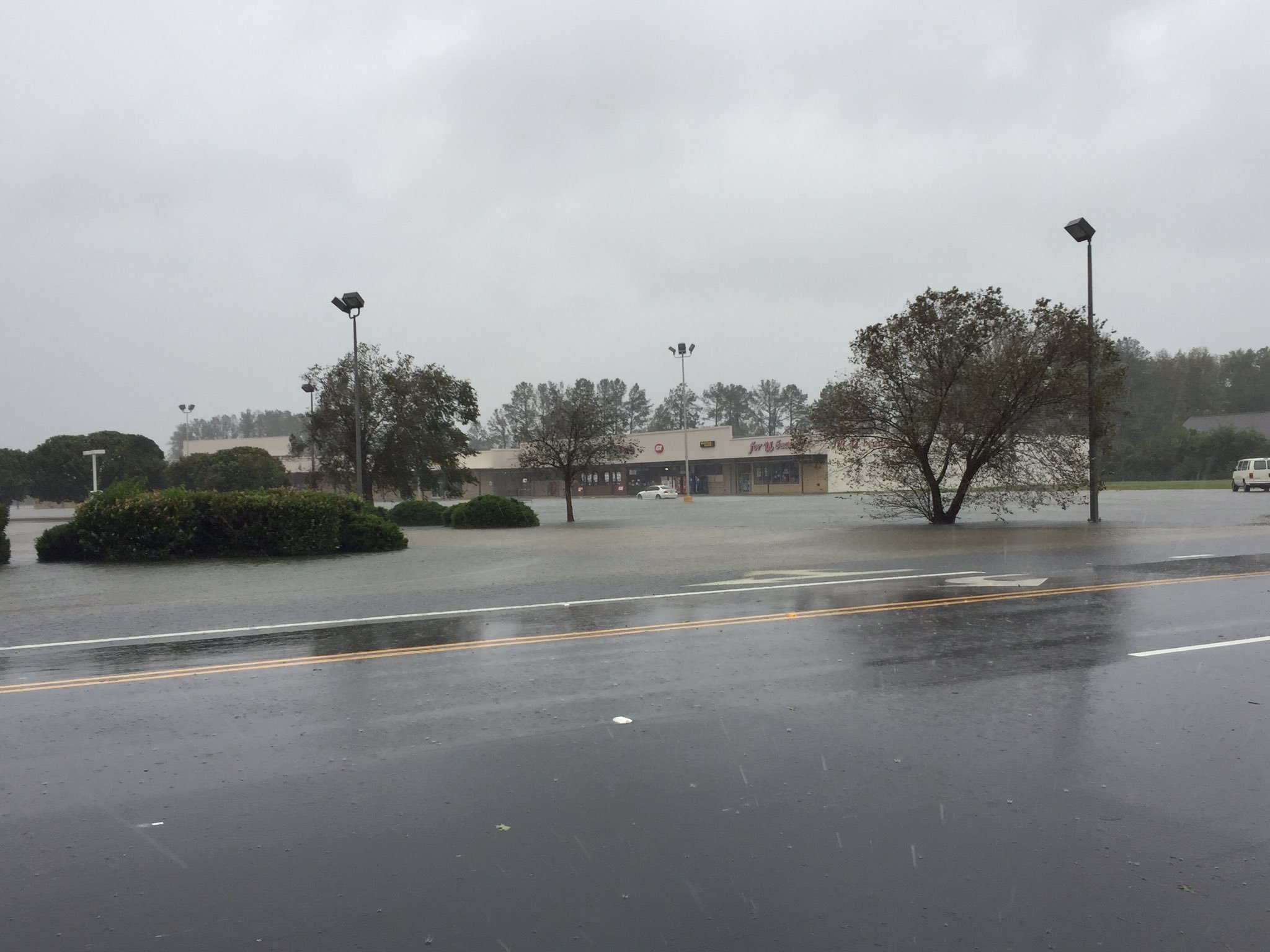 Town has been hit before

It isn’t the first time Princeville has experienced disastrous flooding.

Hurricane Floyd submerged the town in floodwaters in 1999.

In the years since, the US Army Corp of Engineers drew up plans to improve the dike protecting Princeville. But the necessary federal funds never were approved.

In neighboring Tarboro, Red Cross shelters have been set up. The biggest is at Tarboro High School. Hundreds of the displaced from Princeville are sleeping there on cots.

Personal belongings such as photos are stashed in small boxes or garbage bags nearby.

Mother ‘stayed strong’ for her daughter

“It’s hard, you know. My little girl goes to Princeville school and when I told her that the school actually got flooded, the reaction on her face totally broke my heart.

“But I couldn’t break down in front of her, I stayed strong for her,” Latasha Wilkins said.

Wilkins evacuated her rental home with her three children as Matthew’s rain intensified.

She said living in a gym hasn’t been ideal, but she is keeping herself busy by helping the Red Cross pass out food, clothes and water.

“I’ve been serving, helping the people even in the midst of my own storm. I have three kids, they are 20, 14 and 7, and they have been here right along with me. But this is not the first time we have lost something — so we have been more of a positive to everyone else,” Wilkins said.

Unfortunately, Wilkins’ situation is far from unique. As the governor walked across a bridge from Tarboro to Princeville, hugging first responders Friday afternoon, one family watched from behind yellow caution tape that read “danger.”

Detherine Hyman evacuated her Princeville home Tuesday with her daughter and her mother, Elizabeth, who is in a wheelchair and has health issues.

Since then, the Hymans have been sleeping in their SUV, waiting for the waters to recede and hoping their home will be ready to welcome them back at some point.

“It’s hard, I cried for like two days, but I’m trying to hold myself together for my daughter and my mom,” Detherine Hyman said.

The family has home insurance and has not applied for Federal Emergency Management Agency assistance but is considering that option, Hyman said.

There are more than 300 FEMA officials on the ground in North Carolina, and many evacuees have already applied for assistance, including Latasha Wilkins.

Twenty-six people have died in the state due to Matthew and the resulting flooding, McCrory said Saturday, raising the US death toll from the storm to 46.

McCrory was cautious Friday about any immediate hope he could offer displaced residents.

“The lesson learned from this is … I am going to recommend federal legislation which changes the categories of hurricanes because, when the Category 4 was dropped to a Category 1, the headlines were that everything (was) OK.

In towns all over eastern North Carolina people of all ages are suffering. Not knowing if their homes made it, they are weary and worried.