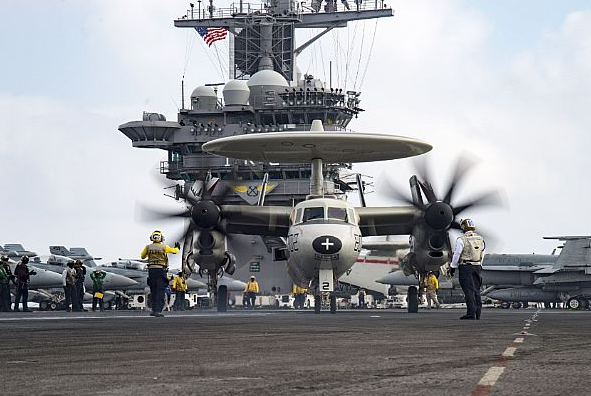 The USS Dwight D. Eisenhower, one of the most powerful vessels on the waterfront, is celebrating 39 years of excellence!

Congress approved the construction of the aircraft carrier in the fiscal year of 1970. It was named after President Dwight D. Eisenhower.

After 14 months of fleet training, the aircraft carrier made her first Mediterranean Sea deployment in 1978.

The Eisenhower is currently operating in the Arabian Gulf in support of Operation Inherent Resolve.