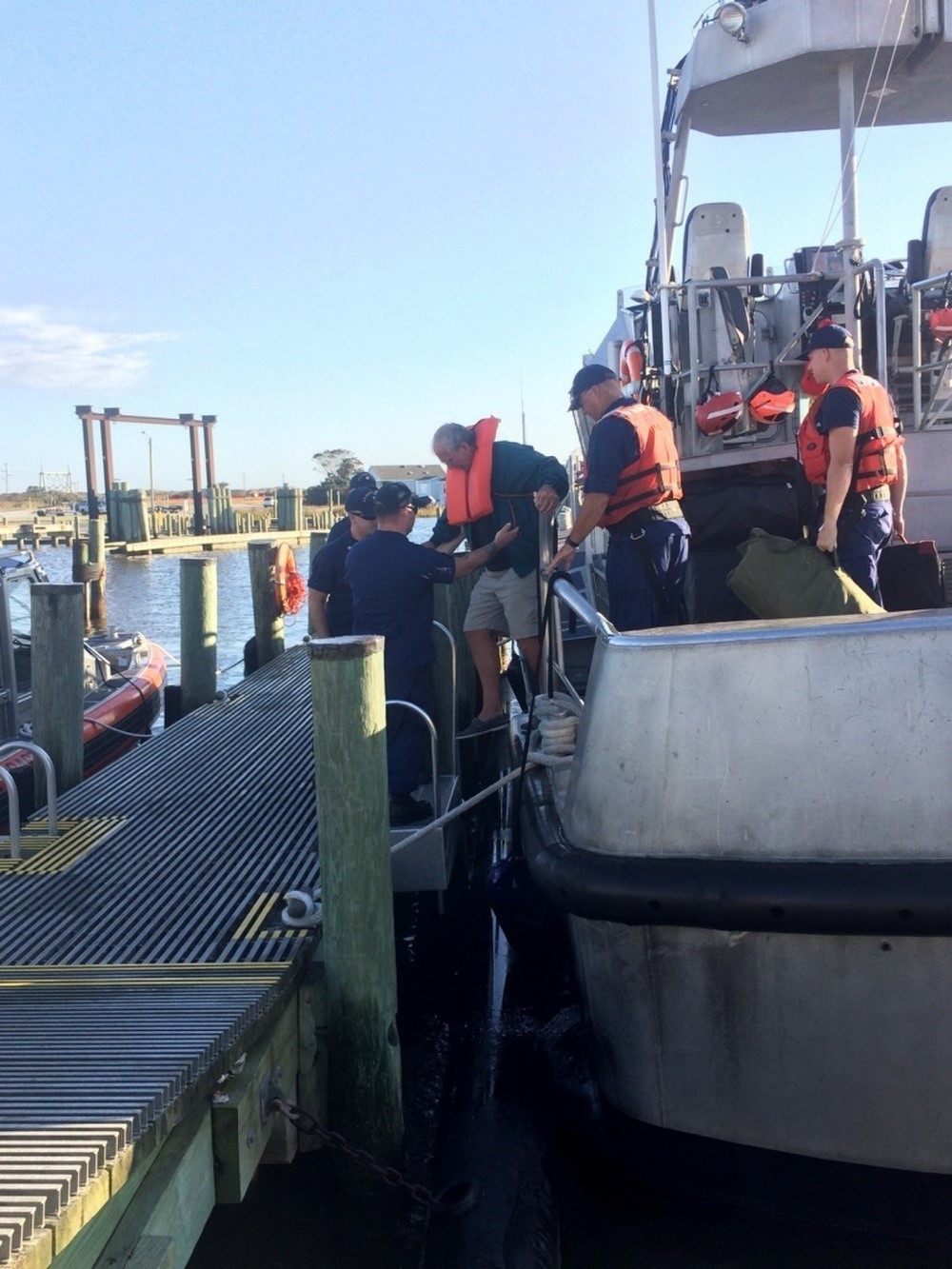 OREGON INLET, N.C. –  A man was medevaced off a sailboat 20 miles east of Oregon Inlet on Wednesday, according to the Coast Guard.

Sector North Carolina watchstanders received a report around 6 a.m. that a passenger on a 42-foot sailboat with four people aboard had fallen and was reporting severe chest pains.

The boat crew medevaced the man back to Station Oregon Inlet where he was transferred to awaiting EMS personnel. He was then taken to Outer Banks Hospital in Nags Head.