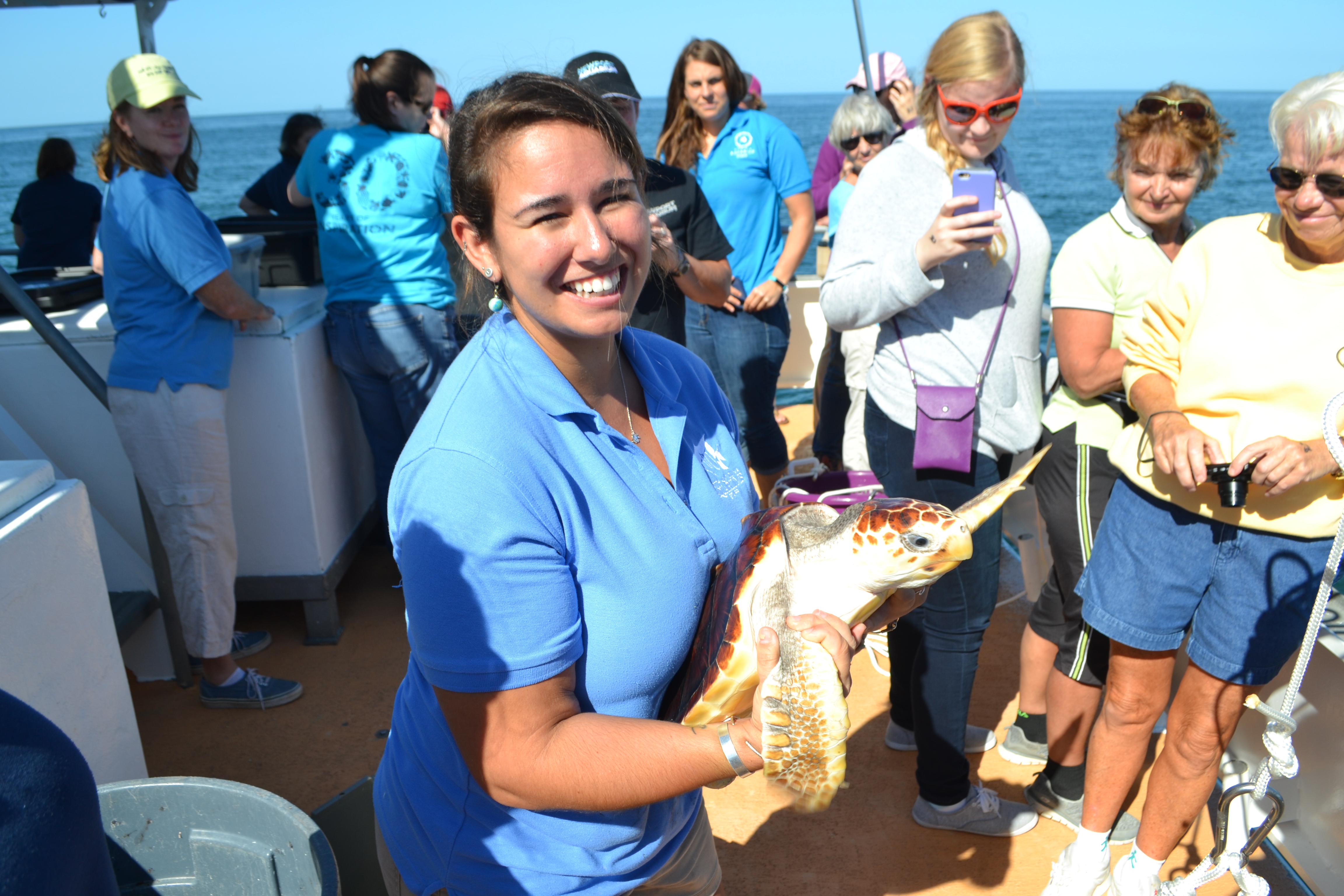 ROANOKE ISLAND, N.C. – A total of 33 sea turtles were released into the Atlantic Ocean on Wednesday, 22 miles off the coast of North Carolina.

Many of them served as ambassadors in the aquarium’s educational programs.

Staff from partner aquariums in New Jersey, Maryland, Kentucky, and Connecticut attended the release, which was held on aboard the Carolina Princess out of Morehead City. The boat company posted lots of great pictures of the release on their Facebook page!