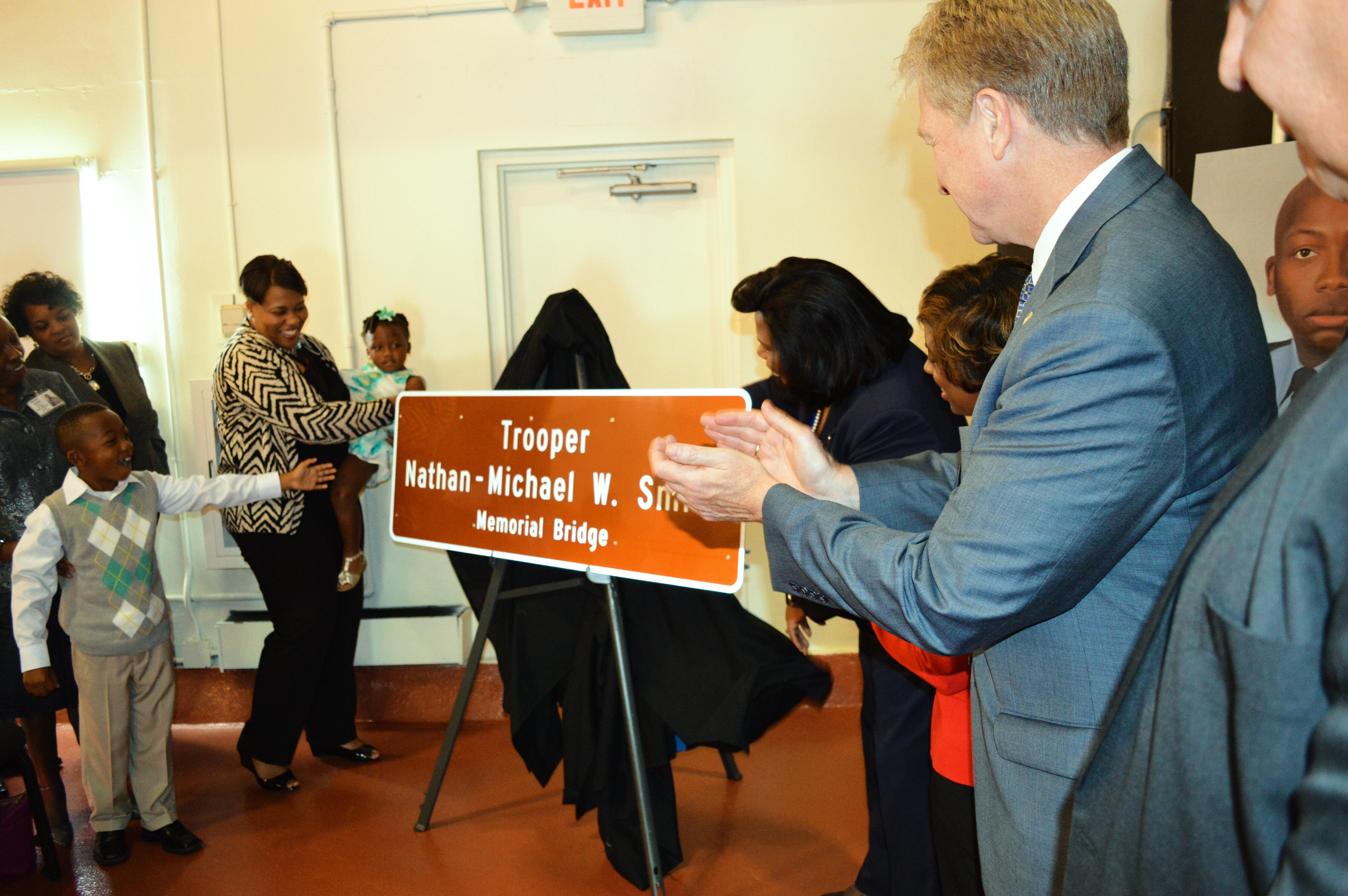 Police Trooper Nathan-Michael W. Smith was killed in the line of duty on September 21, 2015.

Smith was responding to an emergency call for help at a crash scene when his patrol car ran off the left side of an I-295 exit ramp and crashed into the wood line in Prince George County.

The Route 301 bridge over I-95 was dedicated in memory of Smith.