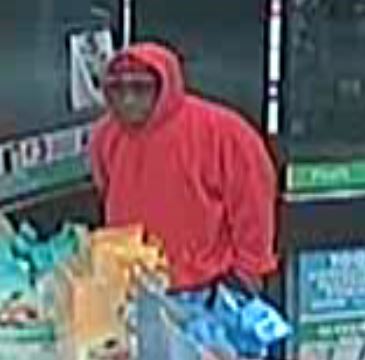 SUFFOLK, Va. – Police need your help finding a man who robbed the 7-Eleven in the 2100 block of North Main Street.

Police say a man came into the store, pulled out a gun and approached the counter and demanded money from the clerk. The clerk complied and the suspect left the store with an undetermined amount of cash.

The suspect is described as a black male, 30 to 35 years old, approximately 5’10” to 6’ tall with a medium build. He was wearing an orange hoodie, black and orange ball cap, baggy black pants or sweatpants and a gray t-shirt.

If you have any information that could help police, call the Crime Line at 1-888-LOCK-U-UP.