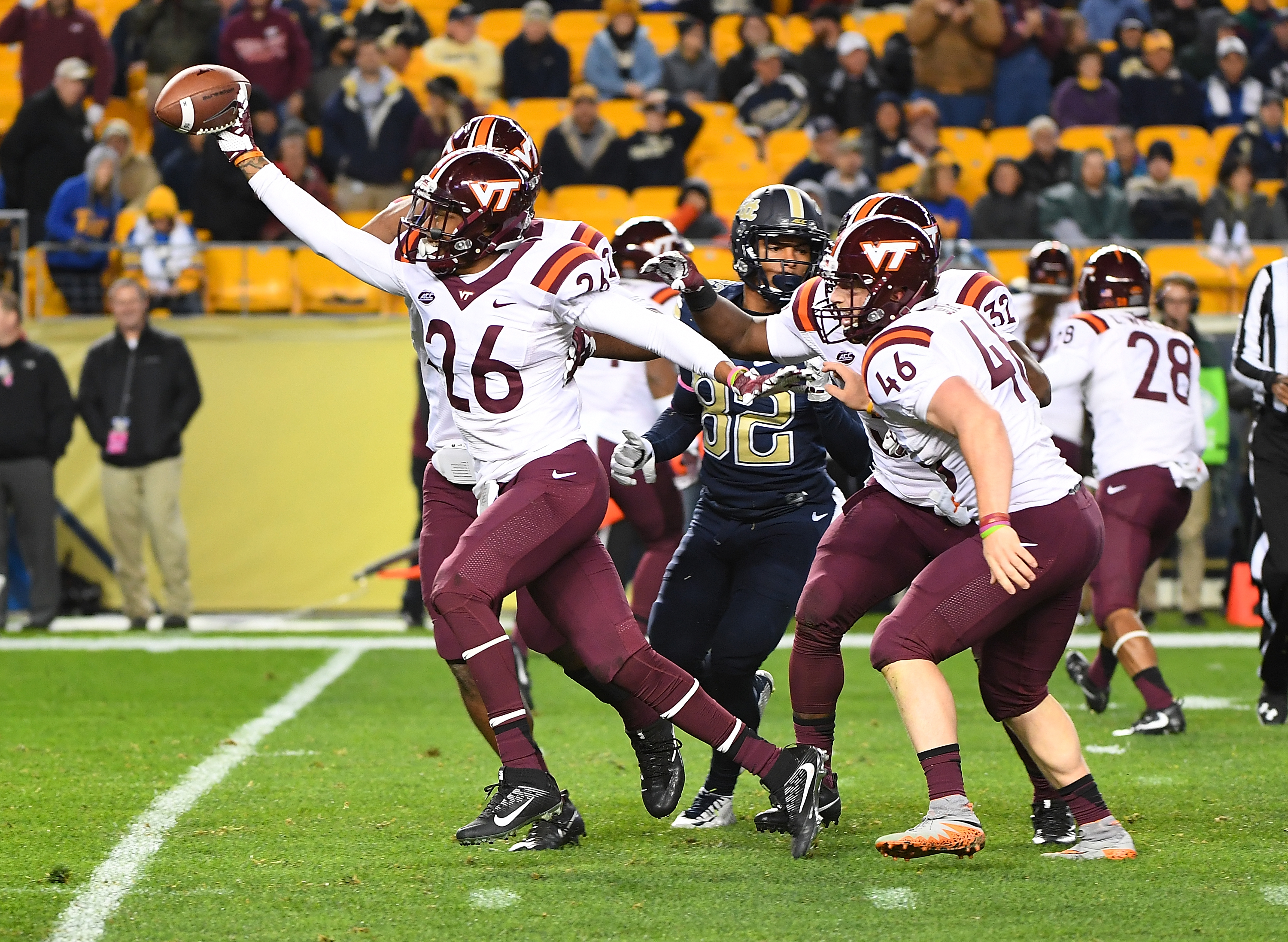 With the game tied at 29 early in the final stanza, the Hokies (6-2 overall, 4-1 in ACC) scored twice in a little more than two minutes – a Joey Slye field goal and Isaiah Ford TD reception to take a 10 point lead.

Ford’s touchdown reception was his 23rd at Tech – setting a new school record. Quarterback Jerod Evans threw for a career-high 406 yards, despite leaving the game briefly in the third quarter after injuring his right ankle.

Salem High School product Bucky Hodges caught six passes for a career-high 145 yards. Tailback Marshawn Williams, a Phoebus High alumnus, scored from two yards out late in the third quarter to give the Hokies a 29-22 lead.

The victory keeps Tech atop the ACC Coastal division, as North Carolina is also 4-1 in the conference. However, as a result of the Hokies’ victory in Chapel Hill earlier this season, Tech would win a tiebreaker vs. UNC.

Thursday’s victory was Tech’s first ever at Heinz Field.