Devon Hunter is one of two Hampton Roads players playing in the 2017 US Army All-American Bowl.

Hunter took the time to thank everyone who got him to this point, including his father, who served in the Army. “He was always there for me, whenever I needed anything, he was there,” Hunter said at the podium during his acceptance speech.

Hampton Roads has made their presence known in the Army All-American Bowl game. Since the inaugural game in 1985, 15 players from Hampton Roads have been selected to play in the game.  “I watched this game, I watched all the guys play in this game, I always wanted to be a part of it so getting the opportunity to play in it and represent my school, the coaches, the players, it means a lot to me.”

Hunter will be joined by Cox High standout Jordan Williams as the other local player headed to San Antonio.

The Army Bowl is January 7, in San Antonio. 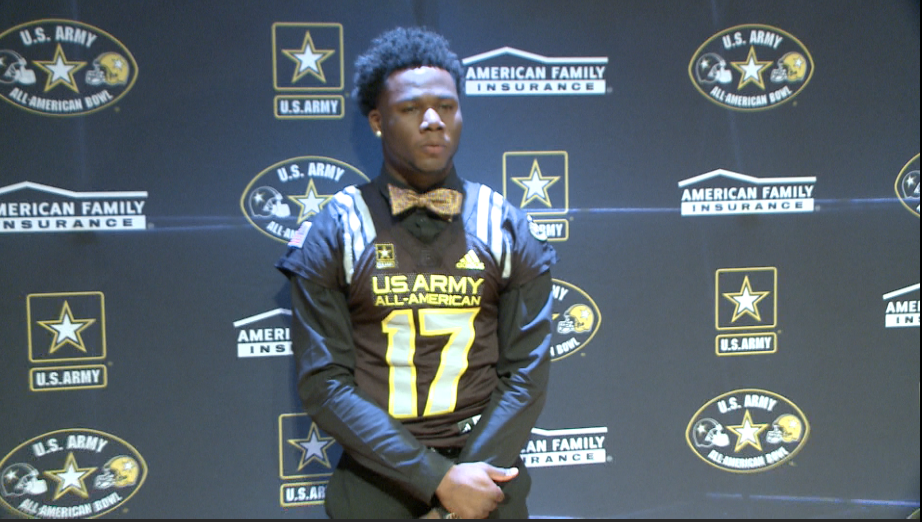