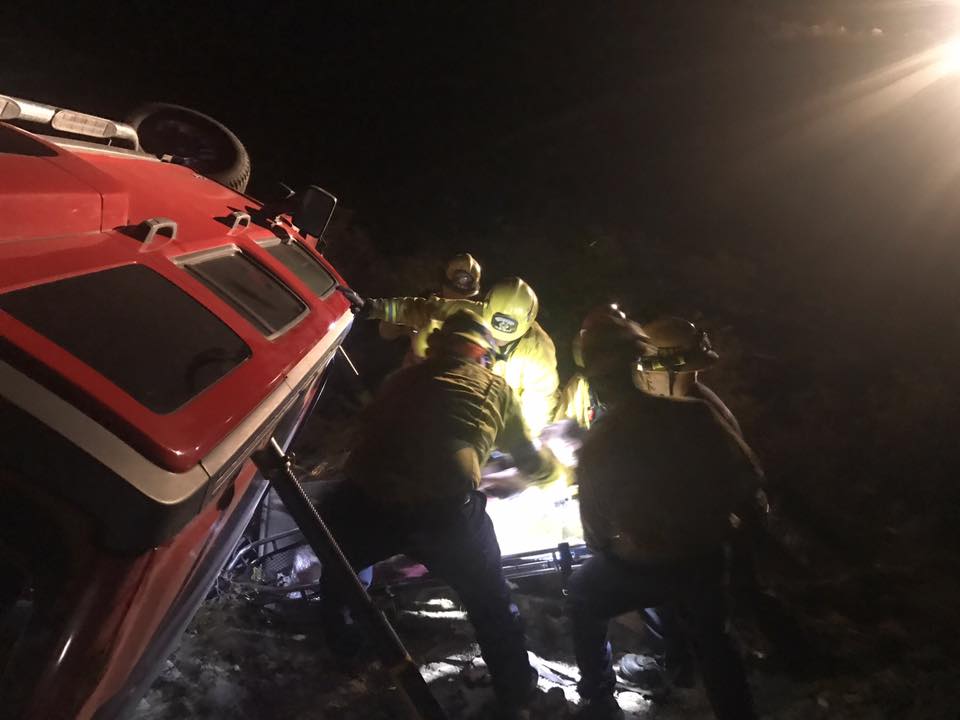 ADELANTO, Calif. – A woman reported missing for five days was found alive in an overturned Hummer SUV, according to the San Bernardino County Fire Department.

The fire department received reports of an overturned vehicle in a desert area west of Highway 395 on Saturday. Fire officials say the vehicle rolled down a hill and the driver was trapped inside.

When medics arrived, they saw the Hummer rolled over mid-slope in an area that was inaccessible to firetrucks.

Deputies from the San Bernardino County Sheriff’s Department took firefighters to the scene in their off-road patrol vehicles.

Crews stabilized the vehicle and pulled the woman out of the SUV. The rescue efforts took about an hour. She was the only person in the vehicle.

The woman was treated at the scene and transported to Arrowhead Regional Medical Center via helicopter. She is expected to be okay.