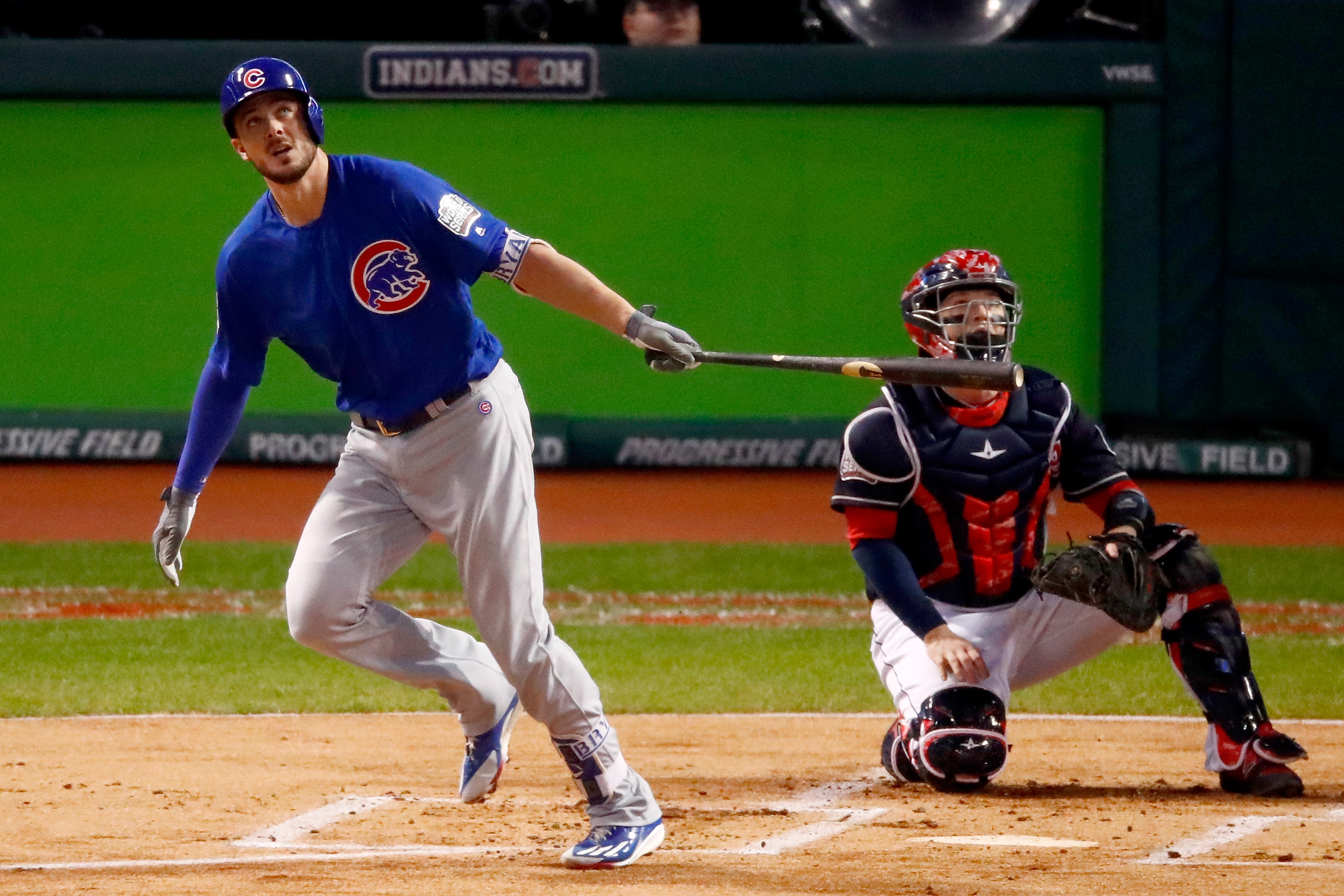 CLEVELAND, Ohio – A three-run first inning set the tone for a 9-3 Cubs victory in game six of the World Series. With the best of seven knotted 3-3, Major League Baseball will crown a champion Wednesday with a winner-take-all affair in Cleveland.

Kris Bryant hit a first inning, 0-2, two out pitch 433 feet to give Chicago a 1-0 lead. Bryant also homered in the Cubs’ game five victory. Anthony Rizzo and Ben Zobrist, who followed with two-out singles, both scored on Addison Russell’s double. Russell, the 22 year old shortstop, put the game out of reach in the third inning with the first grand slam in a World Series game since 2005 (Paul Konerko).

Speaking of a century, Chicago is one win away from its first World Series title in 108 years. The Cubs will start Kyle Hendricks in game seven. Cleveland, a franchise without a world title since 1948, will counter with ace Corey Kluber.