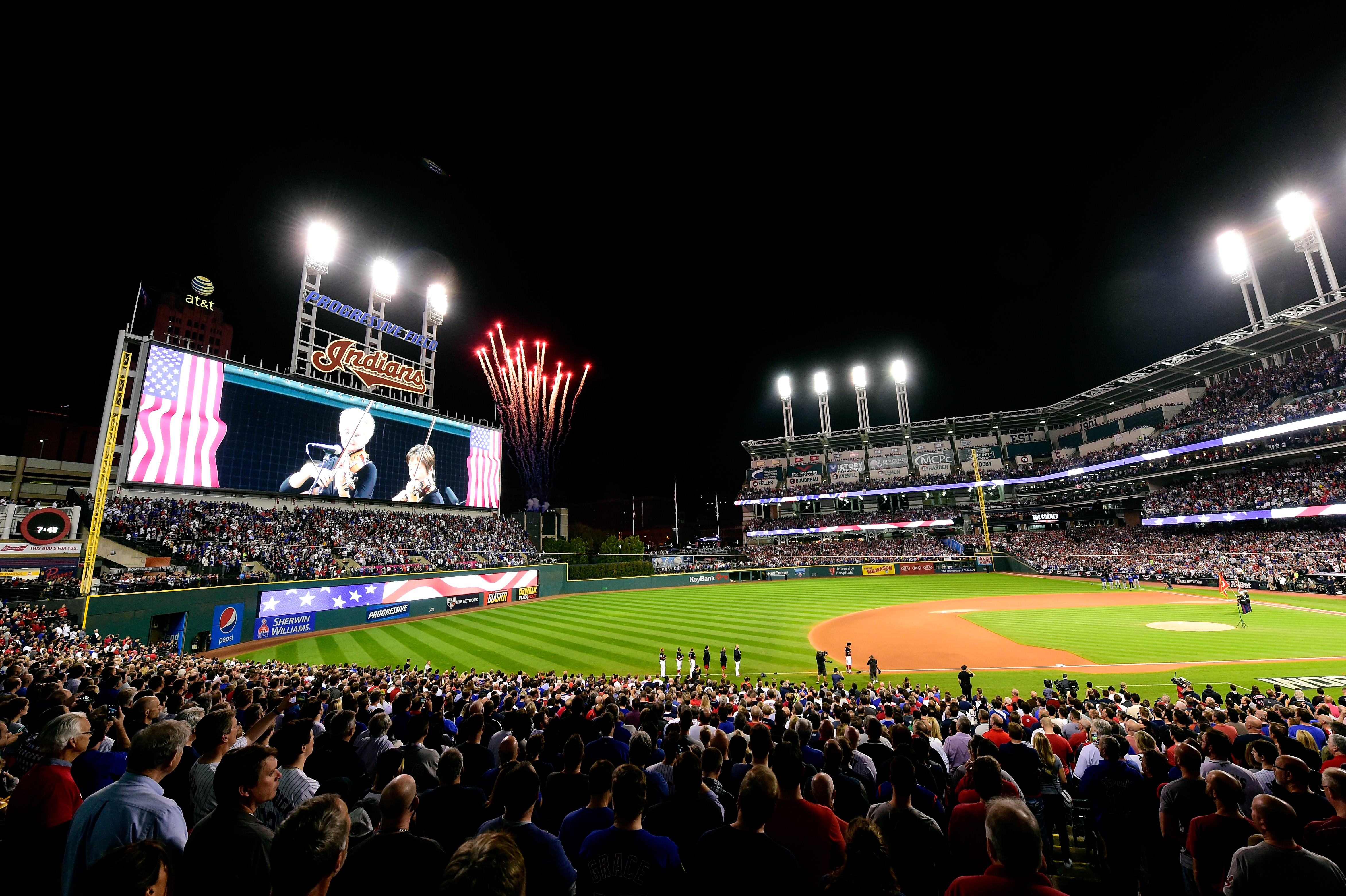 CLEVELAND, Ohio – The Chicago Cubs are on top of the baseball world. Yes, we’re World Serie-ous.

Chicago beat the Indians 8-7 in a thrilling, 10 inning winner-take-all game seven to claim their first World Series title in 108 years.

Ben Zobrist’s 10th inning RBI double drove home Albert Almora, Jr. to give the Cubs a 7-6 lead. Miguel Montero followed with a run-scoring single to plate Anthony Rizzo, who had been intentionally walked prior to Zobrist’s at bat.

With the Cubs leading 6-3 in the eighth inning, Cleveland scored three runs – including a pair off Chicago closer Aroldis Chapman, to tie the game 6-6. It was Rajai Davis’s two-run home run, the latest game-tying homer in a winner-take-all World Series game in baseball history, knotted the game at six.

Following a scoreless ninth inning, the game entered extra innings – but not before a rain delay caused the grounds crew to put the tarp on the field prior to starting the 10th.

Davis delivered again in the bottom of the 10th, driving home Brandon Guyer with a two-out single. However, Mike Montgomery retired Michael Martinez to end the game.

The Cubs climbed out of a 3-1 series hole to win their first World Series title since 1908 – a drought that had been the longest championship slump in Major League Baseball. As the Cubs celebrate stopping their streak, Cleveland continues its misery. Without a World Series championship since 1948, the Indians can now claim MLB’s longest title drought.