WASHINGTON, D.C. – The FBI announced charges for 20 members and associates of the Mad Stone Bloods street and prison gang on Friday.

This comes after an indictment and court documents were unsealed. Authorities say all but three gang members have been arrested. According to the indictment,  several of the gang members are from Hampton Roads.

The indictment was returned under seal last week and charges 13 defendants with violations of the Racketeer Influenced and Corrupt Organizations (RICO) Act and related offenses.

Charges against seven additional MSB gang members and associates in related cases were also unsealed.  According to the indictment, the MSB gang operates in Virginia, New York, New Jersey, Connecticut, North Carolina, Georgia, Texas and Maryland. The gang engages in activities involving murder, narcotics trafficking, wire fraud and mail fraud both in and outside of prisons.

The gang’s national leaders are based in New York and MSB leaders in Virginia report to those New York leaders.  The indictment also alleges that the defendants committed shootings, armed robberies, narcotics trafficking, interstate firearms trafficking and fraud.

According to the indictment, Shaunda Rochelle Jones, aka Lady Stone, 20, and Jaymese Jenee Jones, aka Precious Stone, 20, both of Farmville, Virginia, and a third defendant were employees of the Virginia Department of Corrections (DOC) who allegedly conspired to smuggle controlled substances into prison facilities and deliver the drugs to other MSB gang members for use and distribution within the Virginia prisons.

A fourth former DOC employee who worked as inmate counselor has been charged in a related case for smuggling contraband items to an incarcerated MSB gang leader with whom she was engaged in a sexual relationship.

Corey Owens, aka Gutta, 28, formerly of Norfolk, and Jermaine Shiquill Epps, aka MMM, 26, of Virginia, are also charged with crimes related to MSB gang activity. 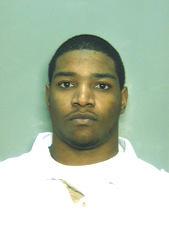 The above-named defendants are in custody.  An indictment is merely an allegation and the defendants are presumed innocent unless and until proven guilty beyond a reasonable doubt in a court of law.

During the course of the investigation, Aaron Markeith Gerald, aka Big A, 33; Carlos Williams, aka Bang Em, 33; Christie Bailey, aka Summer, 37; Nicholas Johnson, aka Auto, 24; Adrienne Yvonne Williams, aka Scarlett, 38; Reginald Ball, aka RR, 34; and Rontea Lakey Gunn, aka Hit Man, 39, each pleaded guilty under seal to one count of racketeering conspiracy.

These guilty pleas were entered and remained under seal until Friday’s unsealing of the indictment and related cases.  Documents unsealed in those cases detailed a variety of criminal conduct by MSB gang members, including conspiracies to murder, armed robberies, other acts of violence and narcotics trafficking both inside Virginia prison facilities and on the streets.