SUFFOLK, Va. – Suffolk Police have located a missing woman last seen at the Walmart located in the 1200 block of North Main Street.

According to police, Lynnelle Denise Martin, 21, was considered endangered because she has a “diminished mental capacity.” 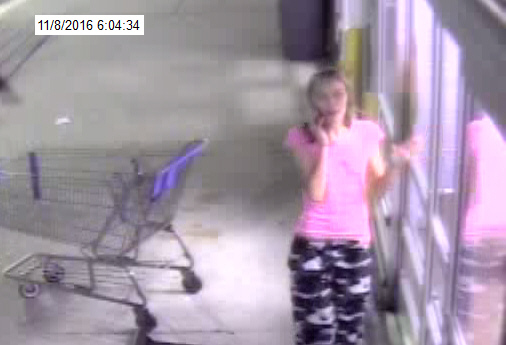 The man was described as approximately 6 feet tall, wearing a long sleeve camouflage shirt with the sleeves rolled up, a black hat with sunglasses on top, blue jeans and black sneakers.

Police say Martin’s family members woke up at 5:30 a.m. to find she had left her home, located in the 2100 block of Brians Lane in the Brewer’s Meadows neighborhood off Route 13. They believe she left the home late Monday evening or early Tuesday morning.