Sailing Yacht A: World’s tallest superyacht takes to the sea 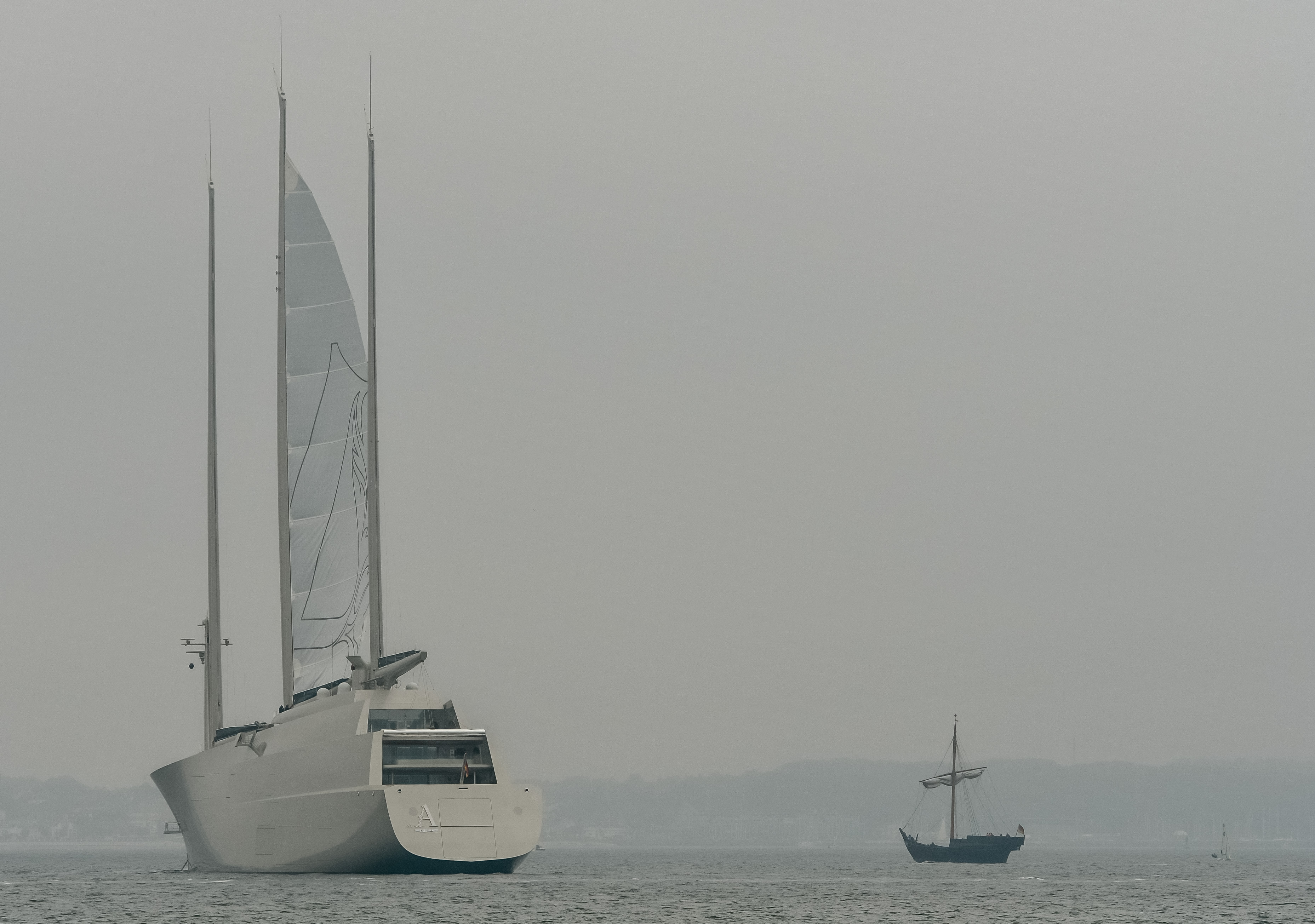 A superyacht so extravagant it looks more like something out of a sci-fi movie than real life has taken another step towards its launch as a fully-operational ocean-going vessel.

At 143 meters, it will be the eighth longest superyacht in the world, while its three carbon masts — each measuring more than 90 meters — are the tallest of any boat.

All the sails together have the same square footage of a football field and will be able to withstand three times the weight of a commercial Boeing Dreamliner wing. The yacht is designed for a cruising speed of 16 knots (18 mph) and top speed of 21 knots (24 mph).

Having amassed his fortune in coal and fertilizers, Melnichenko has a net worth of $11.9 billion, according to Forbes, making him the 139th richest person in the world.

The 44-year-old has spent an estimated $450 million on this vessel, which follows his 119-meter Motor Yacht A.

He reportedly put the latter — completed in 2008 — up for sale in April for $300 million. It was photographed last month docked in London’s River Thames.

The alphabetically-aware Melnichenko named both boats “A” so they appear at the front of shipping registers.

Motor Yacht A, which received mixed reviews upon launch for its head-turning design, costs $500,000 to refuel. The eight-deck Sailing Yacht A, which is motor-assisted, is likely to be as expensive, needing a refill every 5,320 nautical miles.

“Where other yacht owners like to blend into the background, he wants his superyachts to push the boundaries of design, creativity and technology as well as make a statement.

“His first superyacht, Motor Yacht A, rocked the superyacht world with its radical design and now he’s done it again. ”

Like its predecessor, Sailing Yacht A was designed by Frenchman Philippe Starck. It was built in Nobiskrug shipyard, Germany, while UK-based Magma Structures constructed the masts.

Progress of the build has been kept under wraps, but Melnichenko doesn’t have long to wait before he can finally set sail.