According to WTVR, police are looking for the person or people who spray-painted the Jefferson Davis and Matthew Fontaine Maury statues with the words “Your vote was a hate crime.” 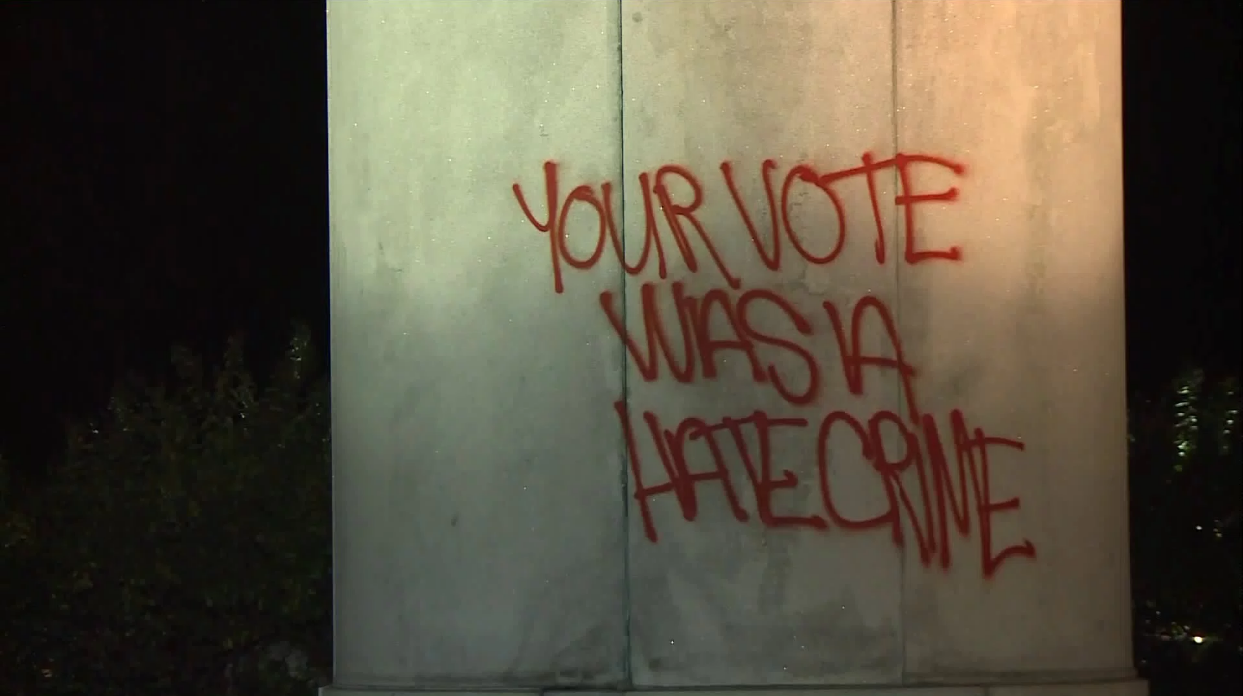 Davis was the President of the Confederate States of America during the Civil War.

Maury served in the U.S. Navy, but later joined the Confederacy when the Civil War started. Maury High School in Norfolk is named after him.

The vandalism came the same night as hundreds of people marched through the streets of Richmond, protesting Trump.

City crews were dispatched to clean-up the monument graffiti.

Anyone with any information about the vandalism was asked to call police.