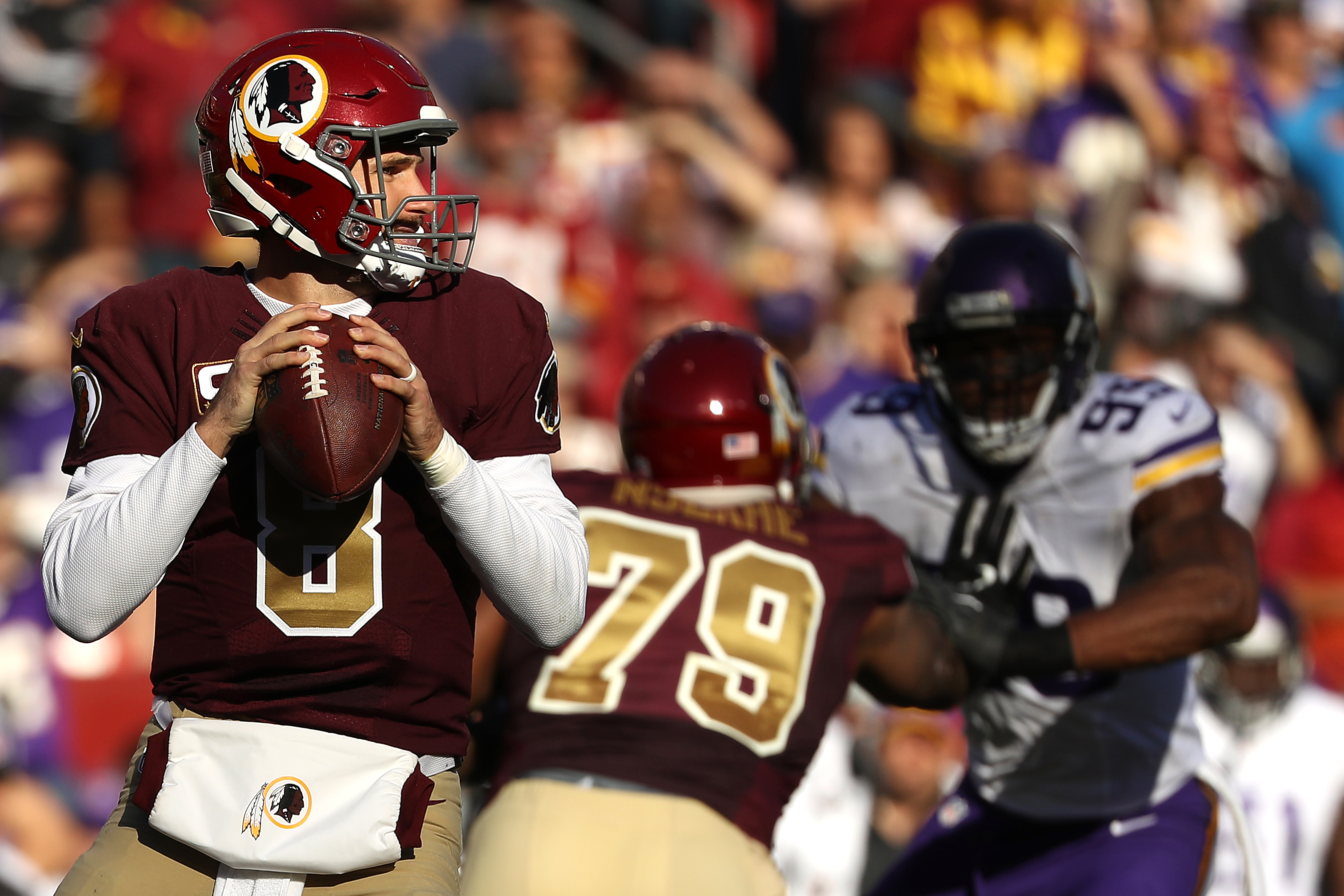 LANDOVER, Md. – After seeing a 14-0 lead evaporate late in the first half, the Redskins used a rally of their own to win their fifth game of the year. Washington beat the Vikings, 26-20 Sunday at FedEx Field.

The Redskins allowed 20 unanswered points from Minnesota and trailed 20-14, before rattling-off a 12-0 run of their own – all Dustin Hopkins field goals – to retake the lead for good. The Vikings were knocking on the door late, inside the Washington 30 yard line in the final minute, but the Redskins defense stiffened to preserve its second half shutout.

The Skins jumped-out early, scoring on a four yard Kirk Cousins to Jamison Crowder TD connection with 9:04 left in the first quarter. Washington added to its 7-0 lead early in the second quarter, when Cousins connected with Vernon Davis for a 38 yard TD.

The Vikings got on the board when Matt Asiata scored from a yard out with 5:39 left in the half to cut the Redskins lead to 14-7. Minnesota tied the game with 58 seconds left in the first half, when Sam Bradford found tight end Kyle Rudolph for a 20 yard TD connection.

Following a fumble by Chris Thompson, the Vikings got the ball back before the halftime horn. After a long connection to Maryland native Stefon Diggs, Minnesota got a four yard TD reception from Adam Thielen on 3rd and goal on the final play of the half to take a 20-14 lead. Blair Walsh missed the extra point, so the Vikings lead was 20-14 at the half.

The Redskins retook the lead with 9:33 left in the fourth quarter. Dustin Hopkins’ 50 yard field goal, his third successful boot of the day, put Washington ahead 23-20. The Vikings were driving with hopes of tying the game, or perhaps taking the lead, until Preston Smith’s sensational tipped, one-handed interception gave the ball back to the Redskins with six minutes to play in the fourth quarter. Washington parlayed that pick into points – but only three points. Another Hopkins field goal, this time from 28 yards out, gave the Skins a 26-20 lead with 2:31 to play.

With the victory, Washington improves to 5-3-1 on the season, while the Vikings fall to 5-4 after their fourth straight loss. The Redskins host the Packers Sunday.