NORFOLK, Va. - Several students and a school bus driver were taken to the hospital after the bus they were in crashed in Norfolk on Tuesday morning.

The crash occurred around 7:45 a.m. at Tidewater Drive and Thole Street. Norfolk Police say the bus was traveling eastbound on Thole Street, went through the intersection at Tidewater drive, and hit the jersey wall as they attempted to get onto the I-64 on-ramp.

When the bus hit the jersey wall, it flipped over onto its side. Police say the sun appears to be a factor, blinding the driver as she was getting onto the interstate.

The driver of the school bus has been identified as 71-year-old Callie Goodwyn.

Goodwyn has been issued a summons for reckless driving. 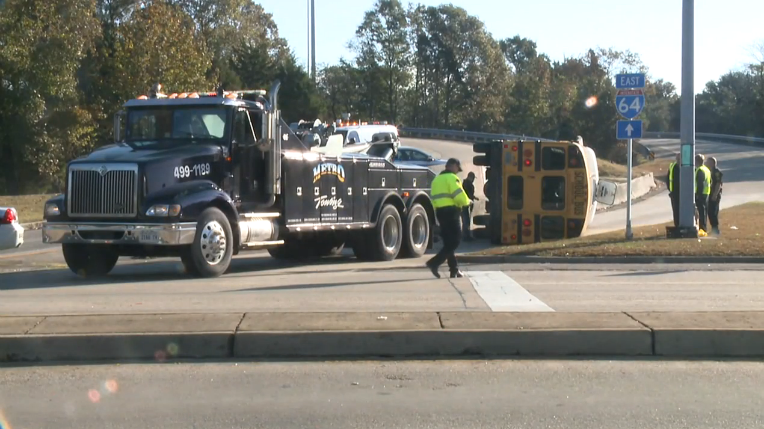 There were 25 to 30 students on the bus at the time of the crash according to police. Several students and the driver were taken to the hospital as a precaution to be evaluated for minor injuries. Some students were treated and released by paramedics on scene, others from taken from the scene by their parents and transported to the hospital for evaluation.

Hospital staff at Sentara Norfolk General report 3 students were treated there and 9 were treated at Bon Secousr DePaul along with the bus driver.

The bus, #269, was leaving from Granby High School, heading to the Norfolk Technical Center.