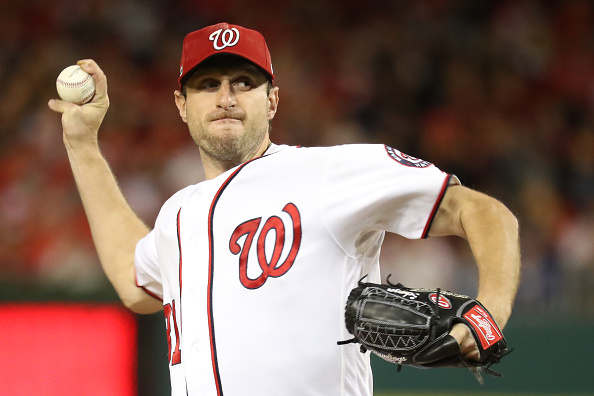 WASHINGTON, D.C. – Nationals fans have seen what Scherzer can do on the mound for two seasons now, and this year his hard work earned him the Cy Young Award for the National League.

CBS Sports reports that on Wednesday the Baseball Writers Association of America  named Max Scherzer the winner of the award for 2016.

Scherzer also won the Cy Young Award for the American League during his time with the Detroit Tigers in 2013.

The award is voted upon and awarded prior to the beginning of the postseason to pitchers in honor of Cy Young, the winningest pitcher in baseball history.

CBS News reports that Scherzer is the first pitcher in Nationals history to win the Cy Young Award and the second to win it in the Expos/Nationals franchise history.

Scherzer was pretty excited, to say the least.